Though I don’t really get much time for it these days, I’m a massive reader and a great advocate for the written word. When I was a kid I used to read a book a day, and now while I try to have a book on the go and I still read loads as I’m doing English Literature at university, but actual books I want to read for myself? Novels? Political and historical biographies? As I have already mentioned earlier in the week I’m in France at the moment, and the house in France where I don’t have phones and internet (the main reasons I don’t get as much read as I used to) is a place where I try to get some writing done and be creative, as well as the place I try to get back to my old standard of one a day. I don’t write much about books on this blog which I think is a shame, so I thought I’d share my holiday reading list for this week with you all. A little known fact about me (unless you happen to have had to put up with being in my Literatures In Time seminar group this year, sorry I never shut up!) is that I am a total nut for anything and everything to do with the 16th century and the Tudor court. There was a time when I would absolutely devour every single new release that came out about the era, so I can’t believe I have taken the acclaimed Tudor political thriller Wolf Hall on three consecutive holidays without starting it (I very nearly started it last year, but I got distracted by One Day). Hopefully this will be the year?

Next on my list is Eighteen Kisses, the second novel by blogger Laura Jane Cassidy. I reviewed the first book in the series Angel Kiss when it came out, both for this blog and The Guardian, and I’m really looking forward to delving into this second one as I don’t get to read much teen fiction anymore as I’m not writing for The Guardian‘s Childrens Books site anymore. If you like teen fiction that is totally realistic, in tune while still being occupied with the supernatural, if you’re a teen or an adult I know you’ll enjoy Angel Kiss, and I’m sure Eighteen Kisses is going to be up to the same standard too.

I’ve actually had this book on my ‘to read’ pile for years, ever since the brilliant film starring Kiera Knightly came out but that pile is so big I kept on not getting around to reading the story of Georgina the rebellious Duchess. It caught my eye as I was choosing titles, and while I don’t usually choose books of this ilk I’m looking forward to reading it and I think I’m going to really enjoy it. If any of you have read it, I’d love to hear your thoughts on it in the comments section!

The Remains Of The Day

Another paperback I’ve had for ages, this one since AS Level English Literature where I was supposed to by studying it before I switched to another class who were studying modern drama instead. Everyone really seemed to enjoy it and I gather it has been made into a film – has anyone seen it? It is also supposed to be a heart wrenching story and Ishiguro is supposed to be a fantastic writer – a bit of a change of pace!

A bit of a random shot into the list, this is a review copy I was sent in my capacity as a reviewer over at Judging Covers. I’m curious as it is a mixed media book, incorporating photos into the text, and the promise of a group of children stumbling on sinister goings on and secrets on a small island sounds promising!

Finally the only hardback; the book I’m reading at the moment and about 100 pages in. Also, strangely for me the only book associated with modern politics. This was actually a Christmas present from my Aunt, and as I have spent months listening to people who work for London’s enigmatic mayor telling me that the whole thing is rubbish I was curious. I’m taking it all with a pinch of salt (I’ve spent enough time hanging around Westminster to know that is the only way to read a political book) but it is a really interesting read and very enjoyable. Love him or hate him, who does not want to know more about Boris Johnson?

What is on your holiday reading list this Summer? 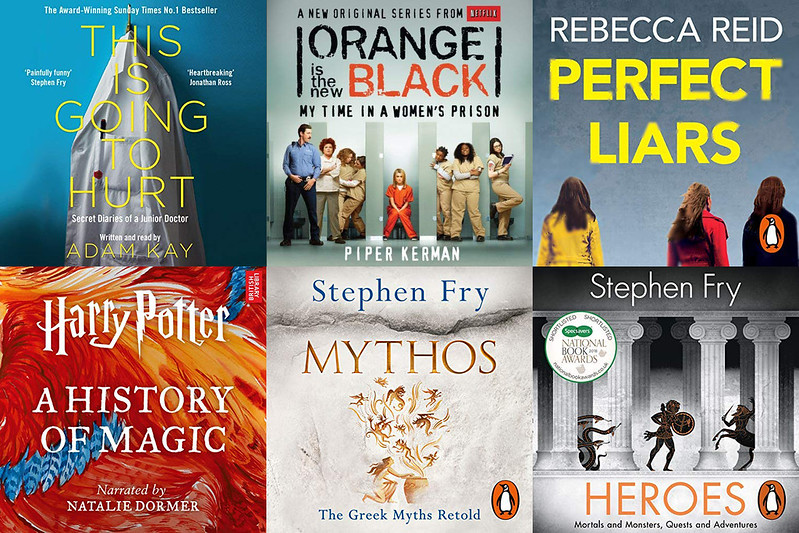 Lifestyle These Are The Audiobooks I’ve Loved Listening To Recently 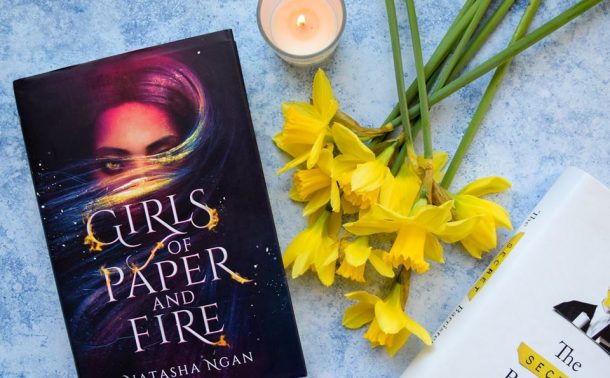