I’ve had a funny kitchen situation over the past two weeks, and I’ve baked (and eaten) an awful lot of bread and cake. Cake was just, well, because, but as for the bread, I’ve turned a corner. My discovery that you don’t have to actually knead dough to make a basic loaf of bread (more about that on Monday) coupled with catching a television clip of how supermarket bread is actually made, I can’t even stomach buying the stuff anymore. So, from now on the only bread I’m going to eat I will have made myself or purchased from an artisan baker. The only exception I can think of this at the moment is ciabatta because you can usually get it for about £1 in Waitrose and I have not reached the skill level to make it myself yet. However, I wish to even phase that out sometime in the future, and I am very, very excited about it. I have become bread baking obsessed. 1. The beginning of Autumn means a glut of Victoria plums from the tree. | 2. Making guacamole for the first time with the wonderful and lovely Rachel Green. I was really supposed to be testing out the new pestle and mortar from Cole & Mason, and I can tell you they are awesome, and fantastic value for money. One of those things in the kitchen you did not know you needed until you get one. | 3. Meeting my bread hero James Morton (and also the lovely John Whaite who was behind the camera for this one). If anyone proves that it is actually easy to cook, bake and eat well as a university student, it is these two. I’m reviewing James’ (fantastic) new book Brilliant Bread at the moment, so look out for it on Monday. | 4. A nice view of the City from the platform at Hoxton station. | 5. Rachel Green made this simply divine black pepper and orange cake. It needs replicating. So happy she gave me the recipe. | 6. A simply fantastic lunch platter at The Shakespeare, a new pub in Canterbury. Look out for my review of that next week, too. | 7. Sunset over the City of London and the Shard in the distance from the window of my new kitchen. | 8. The plums in the first picture went into this plum and almond loaf cake I made from the current issue of Waitrose magazine. I love that it is a fantastic food magazine free with a Waitrose card (which is also free). You also get free tea and coffee, and a weekend paper with one. | 9. East London goldfish graffiti.

What have you been doing this week, and what do you have planned for the weekend? It is my first weekend in London since about April 2012, but I think I’m going to spend most of it at home getting ahead on reading for my classes that start on Monday, but I am going to try to squeeze a brunch or two in, too! 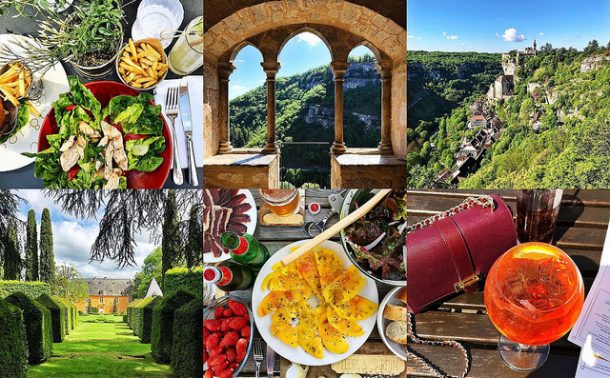 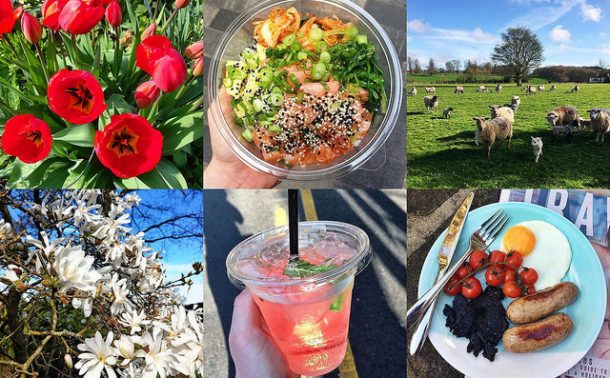 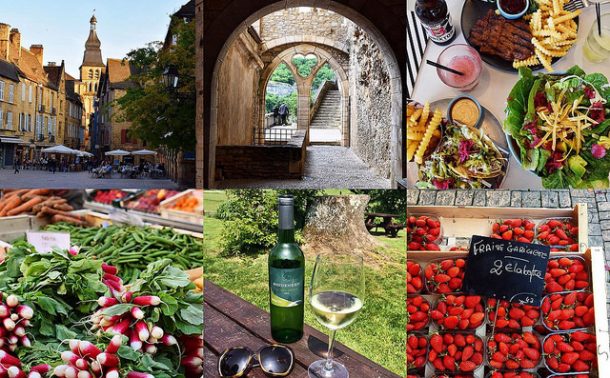