What came first, the chicken or the egg? Well, it does not really matter at Whyte & Brown, a new(ish) restaurant on Kingsley Court just of of Carnaby Street whose menu is dedicated to the very best Free Range British chicken and eggs; they feature as part of practically every item on the menu. You know when a meal is so good that it makes you start to forget the last meal that you ate out that you really, really enjoyed? While they are both very different so I don’t really want to compare them, Monday night’s dinner at Whyte & Brown has made me shut up about raving about Lima in Fitzrovia for at least a few days, and they’ve just won a Michelin star. Also, before I get onto the food, I want to give a shout out to Ade, one half of one of my favourite restaurant blogs We Love Food, It’s All We Eat who reviewed Whyte & Brown just over a week ago, and is therefore responsible for my discovering such a great restaurant, and the fact I chose to kick this blog post off with the chicken or the egg question in the first place! (Also, apologies about some of the photos. I’m working with a mix of camera and iPhone shots here, because my camera has been messing me around a bit recently. I’m hoping it is something that can be fixed because it is about 5 years old.) We were still only on the starters section of the menu when we were being very, very indecisive so we decided to instead share several starters on the menu, forgo mains and save room for dessert. This turned out to be a very good call, and while I want to go back and sample some of their mains, it will be something I will be doing again, because it was a very good idea which meant we got to try a bit of everything.

This is the Bancock-Scotch Egg on a Pickled Cucumber Salad, and it was a dish I happily had all to myself. The egg inside was perfectly runny with tender soft, but set white. The Asian flavours were palpable; the meat was minced chicken thigh with lime leaf, coriander, mint, lemongrass (a strong flavour profile) chilli and ginger). I got particularly excited about and adored the Pickled Cucumber Salad of cucumber ribbons it was sitting on. Perfectly sweet and sour, and I really wish that there could have been more of it. Let us hop back to my cocktail for a moment. This is the Sloe & Sour. The menu describes it as ‘Orange infused vodka shaken with sloe gin, fresh lemon and a little cream for softness and zest.’ Now, they initially had me at sloe gin, my all time favourite spirit (I’m eagerly awaiting the first frost in Kent so I can pick the sloes and make my own again), but then I was a bit worried about the cream. I do not usually like dairy in my cocktails. However, after much deliberation I went for it anyway, and it was a brilliant decision. I could taste the cream, but only in that it served to highlight the other flavours. First you had the beautiful taste of the sloe gin, which finished off with a wonderful hit and zest of fresh orange. The drink was genius, and I would highly recommend it it sloe gin fans everywhere. As it was a catch up and celebratory dinner of sorts and we actually had something to toast, with our dessert I had a straight up sloe gin with a little water to chase (I hate tonic water). They serve Sip Smith, with wild sloes, and I think the only sloe gin I’ve had better was homemade. We shared the Bread-Crumbed Lemon Chicken Wings, which was served with a delicious homemade garlic mayo we both got very excited by and were dipping everything in (if you want to make your own, tomorrow I will be posting a tutorial of how to make your own mayonnaise). These were delicious. You could taste the rich, tender and juicy chicken, and they were very more-ish. Definitely a starter I’d recommend if you were actually eating it as a starter rather than one of several sharing plates like we had. The twice cooked chips are worth a mention. I know there is not a lot you really can say about chips without resorting to all of those terrible food describer cliches practically every food writer who is not Nigel Slater is guilty of, but they are crisp on the outside, fluffy on the inside and perfectly fried. So sue me. Finally for the savouries, while I try not to post out of focus or blurry shots, I could not just pass over the Polenta-Crumb Chicken Strips, which were mainly Sherin‘s but I enjoyed also. The chicken was sweet, juicy and tender, and the polenta made a great alternative to usual breadcrumbs. And as I said, the mayo was divine.

We were equally as indecisive over the desserts, so we opted to share the Tipsy-Trifle and the Beyond Eton Mess. The trifle was a nice riff on a classic. Chocolate sponge layered with Catalan Custard, Cointreau, Orange Jelly, and Orange Crispette and Fresh Fruit. The whole thing was topped off with a perfectly balanced strawberry sorbet. It was very nice, delicious even but at the same time I did find it a little disappointing. I thought it was well presented but there could have been a bit more definition of where the different layers are, as all good trifles have, and more Cointreau. It said it was a Tipsy-Trifle, but I could not notice it much. So the Eton Mess was amazing. A revelation. I think on my next visit I’m going to totally ignore the rest of the dessert menu and just order this, and there is no way I’m sharing a bowl of it with anyone ever again. The fresh berries were layered with fresh mint, lemon posset and broken pieces of raspberry ripple ice cream. Also, popping candy gave a wonderful and delicious touch. As it is in many dishes, it was not a gimmick. Yes you had the fun crackling, but the little sugar shards added another dimension of texture to the dish and finished it off nicely. I know I say this every time I come across a well executed popping candy dessert, but thank you Heston Blumenthal for bringing popping candy back in fashion.

If you are looking for a great weeknight dinner or a weekend lunch while shopping, Whyte & Brown is good, approachable and laid back British food at its best, and I’m sure is going to become one of my go to spots for a light lunch while out with friends. London, head out and try their menu, and let me know what you think! 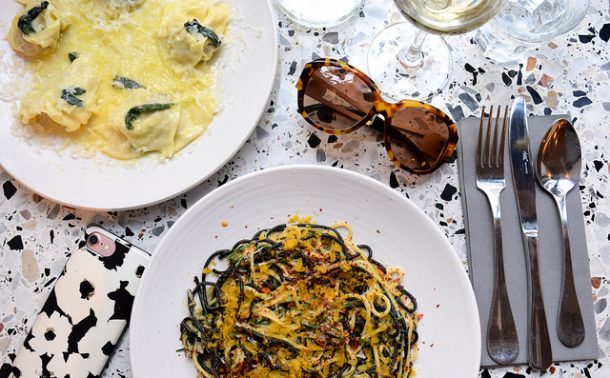 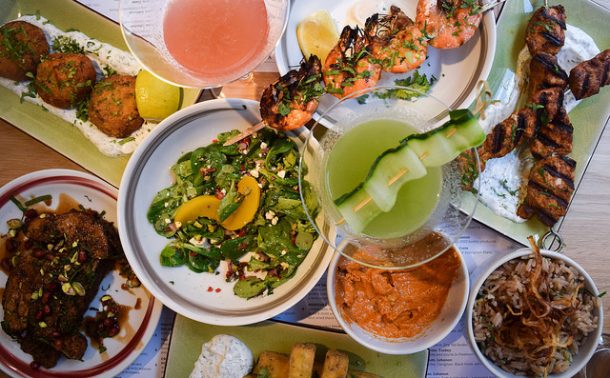 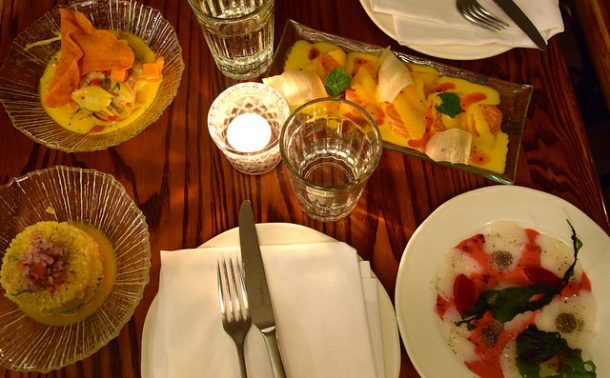