I love England, I’m proud to be British and there is so much about me that is very, very European. However, my favourite place in the world is actually on another continent. My favourite place in the world is California. (Venice, Los Angeles, if we’re being specific.) I know I mention how much I loved my time living in L.A. in practically every other post, so I hope you’ll keep with me for an entire post dedicated to the Golden State. If it makes you feel any better, there is a bit of Orange County, Lake Tahoe and San Francisco in here too! 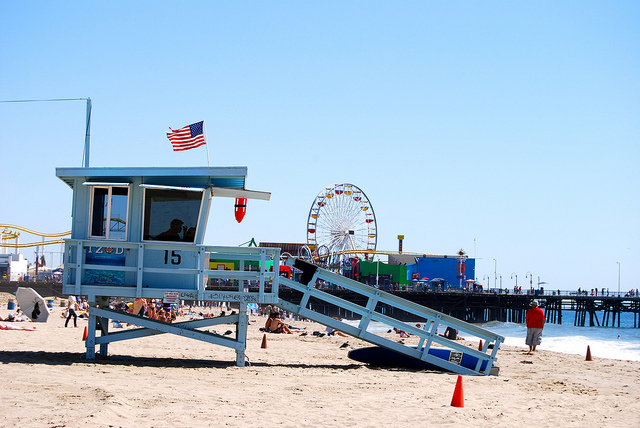 When the guys at Visit California got in touch asking me to write about my Californian dream for their ‘Dream Big’ campaign, if money was no object I knew it would be the perfect collaboration. Yes there are the blue skies and the beaches; really miss the Friday’s when I used to head down to one of my favourite cafes on Abbot Kinney Boulevard, Local 1205 to grab a baguette and a cold pressed juice (served in a mason jar, of course!) to lunch on as I walked along the beach towards Santa Monica Pier. 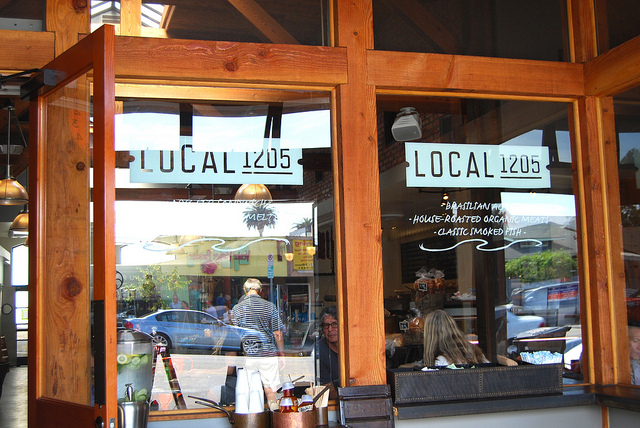 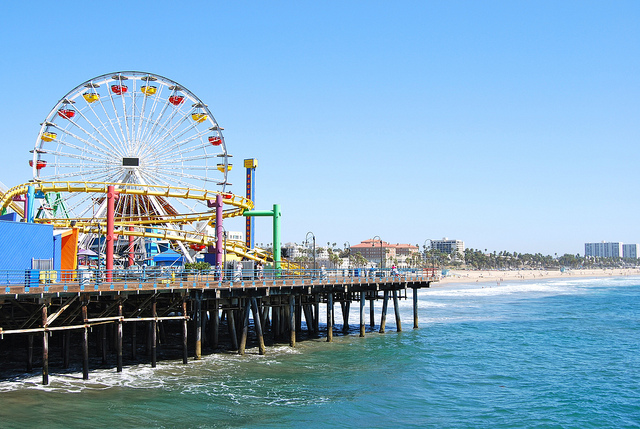 But actually, if you add it up I’ve only lived in London for 5 more months of my life than I have in Los Angeles. I identify as a UCLA Bruin (Go Bruins!) just as much as I identify as a Londoner. You’re just as likely to hear me bitching about the rush hour traffic on Westwood Boulevard as about delays on the Central Line. I’m perfectly happy where I am at the moment, but I think about moving back to Los Angeles at least once a month. So if the sky was the limit, not so much financially but in the terms of getting the sort of visa that would allow me to live in California? This is what would be on my bucket list, and they’re all things that I want to work on completing each time I head back across the pond to my happy place. 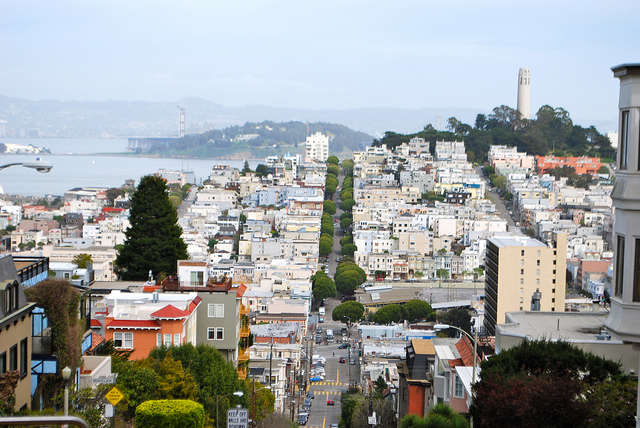 My first ever destination in California, indeed America was San Francisco, a city I’ve only spent two brief days in, and I really need to make the effort to get to know better. So, what is on my San Fran bucket list? 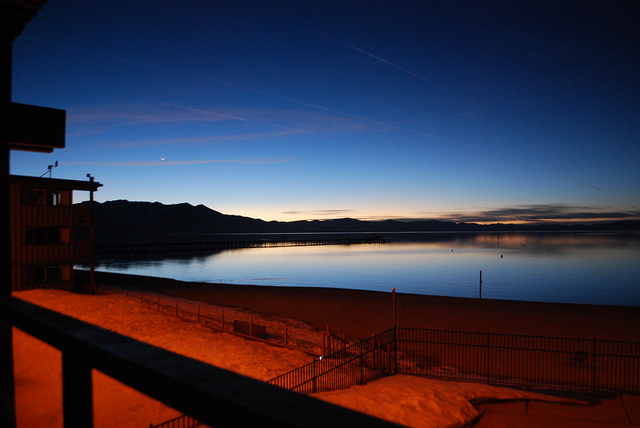 The reason that first Bay Area trip when I was 18 was so brief, is it was actually en-route too and from a school skiing trip in Lake Tahoe. The lake was beautiful, and I’m glad that aside from my first day spent in San Francisco, my first real taste of California was actually of ‘California’, not the (totally awesome, however) version you get in the big cities. I knew on that trip that while I am happy in England, California is where at least 25% of me belongs. I don’t know why, I could just feel it, and the evening I got back I looked up where in California the university I’d be able to go on exchange from where I’d been accepted to study the following September in London. UCLA was always the plan, and I’m thankful every day that it worked out.

While we’re up state, something I’ve wanted to do in California since I turned 21. I want to visit wine country. Napa is the obvious choice, and I can’t wait to one day go, but I want to add Sonoma to that list too. This is on top of bar hopping around L.A. into all of the places I was not allowed into when I was living there. I want to look out over vineyards while really learning about the production, because I’ve only had a few tasters in how wine is made from French and Spanish companies, but going somewhere where English is the first language and where I can ask tonnes of questions would be just paradise. 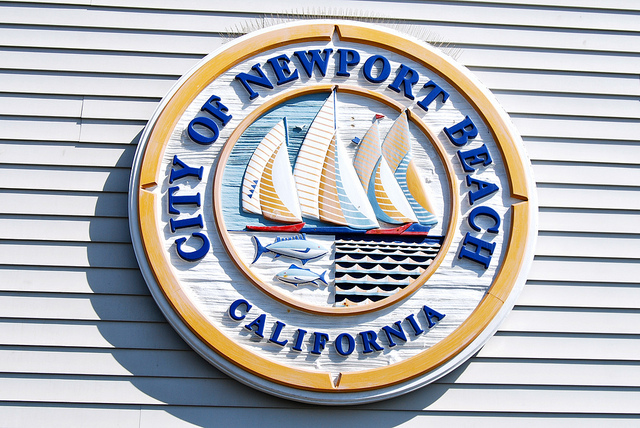 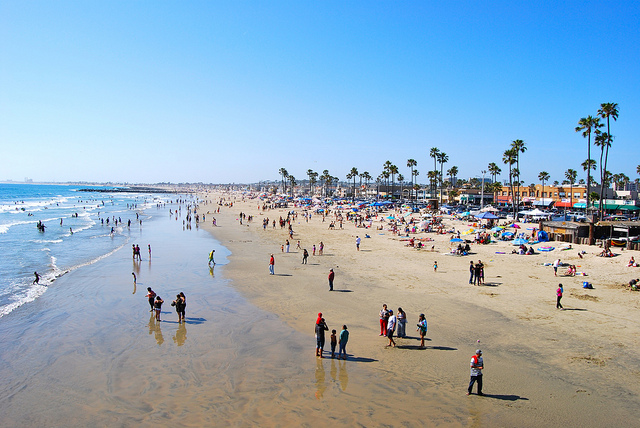 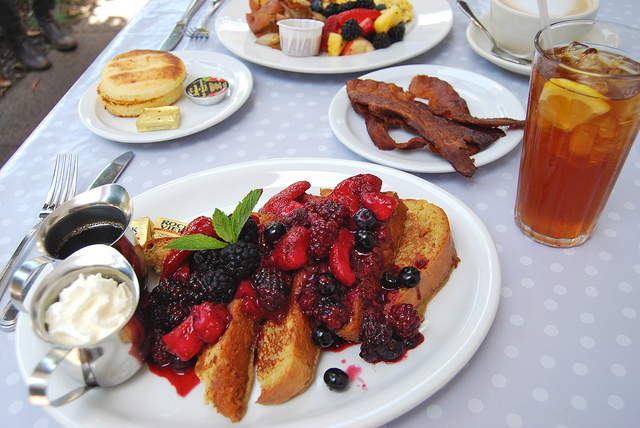 Memorial Day weekend my West Coast BFF Nicole and I took a road trip down to the coast to Newport Beach, Orange County. It may have been a flying visit for brunch at a Newport institution, Haute Cakes Caffe, an afternoon on the beach and a trip to Dry Bar at the amazing Fashion Island shopping mall, but I fell a little in love. The O.C. is so beautiful, and in some ways so much more relaxed than L.A. I don’t really have a wish list so much, but I’d love to just go back to explore. If anyone has any recommendations for Orange County..! 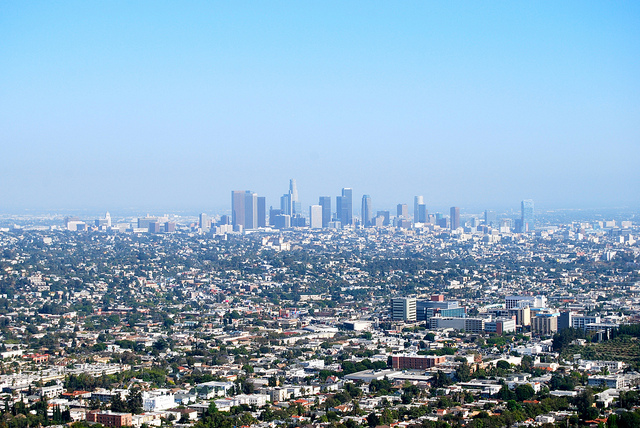 So, finally, back to my wish list for my beloved Los Angeles. I think I’ll just include a few of my highlights here, as to be perfectly honest I could fill notebooks full of things I still have to do in my second city. Most of these are food related (are they not ever, with me?) – there is so much in the city I have yet to consume! 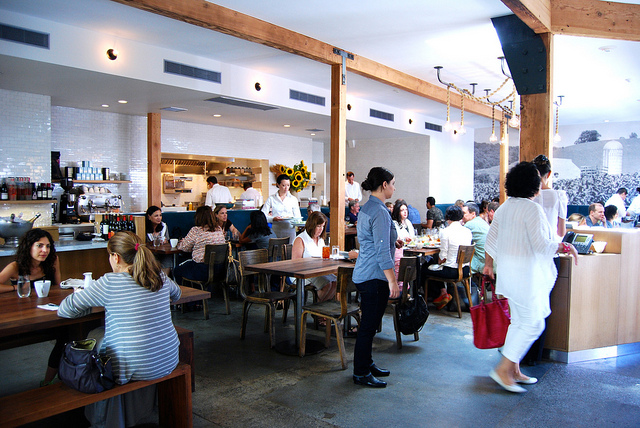 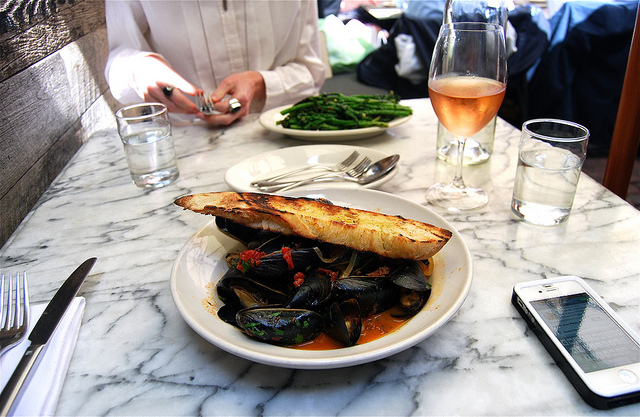 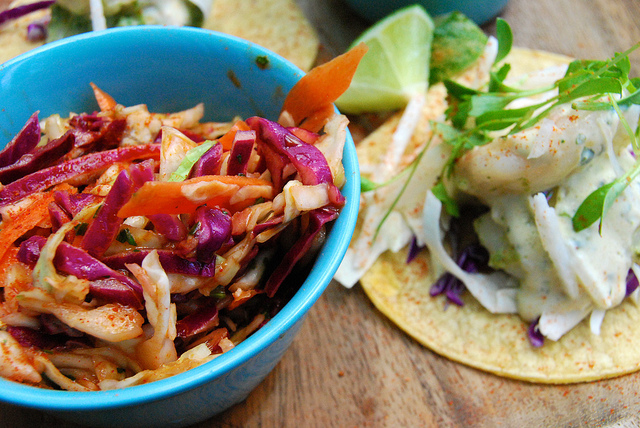 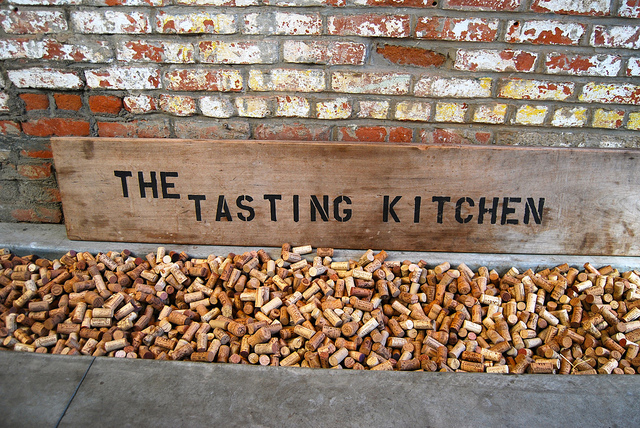 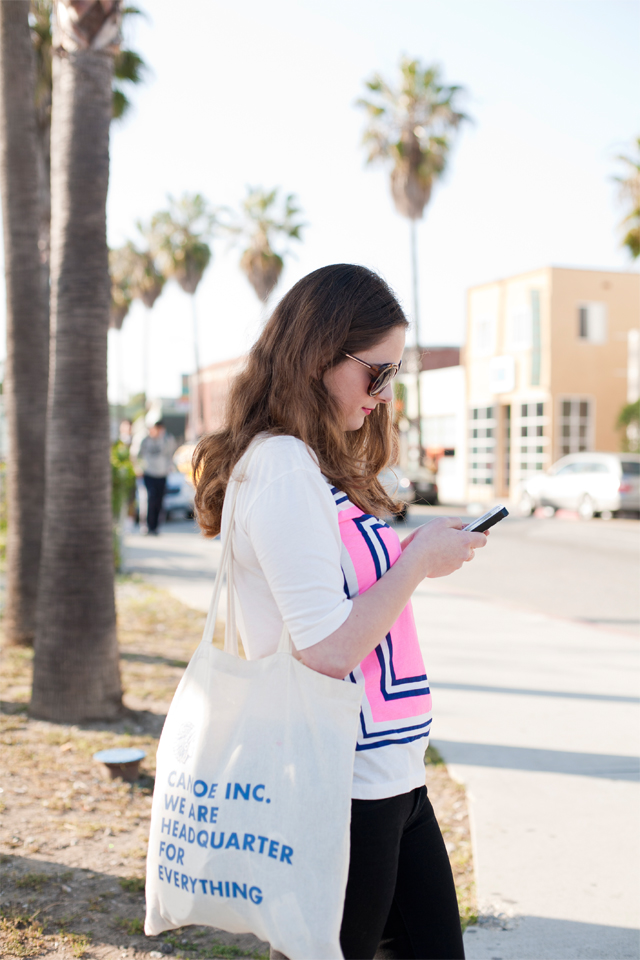 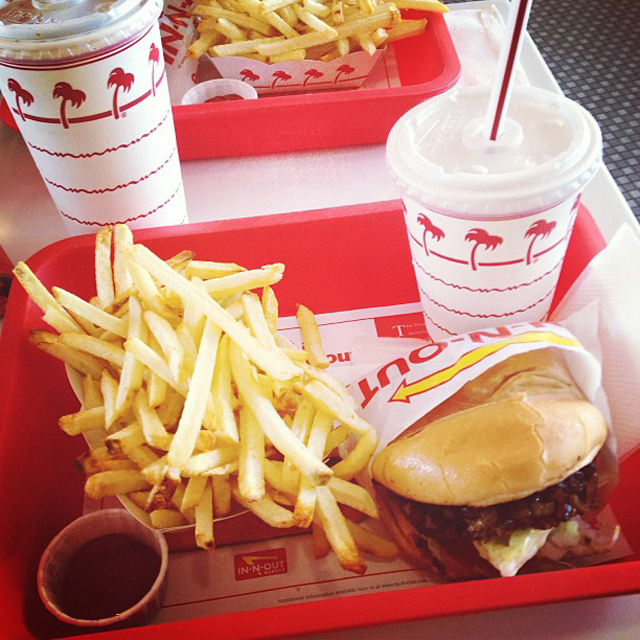 And finally, I want to replicate my last meal in my old neighbourhood of Westwood again many, many times. California’s own In-N-Out burger. Secret Menu Mustard Fried Hamburger Patty, no onions every single time. 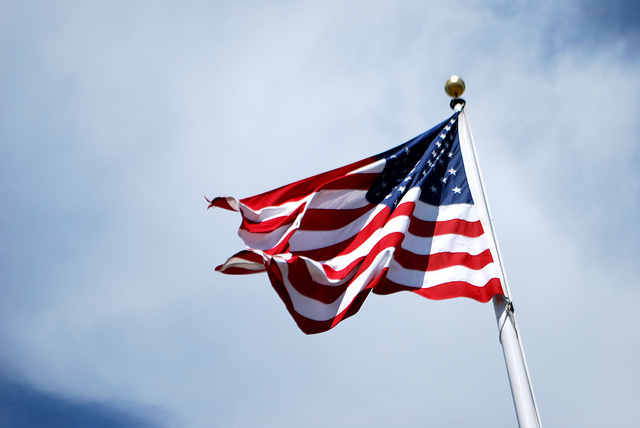 I do plan to head back to California, hopefully next year at the latest, but honestly past me talking about my time in L.A. all the time, you can see so much of California in my cooking. But while I can’t really give much advice on most of the state past where I personally enjoyed, I always enjoy answering your questions, emails and Tweets when you ask me where you should go on your holiday to Los Angeles. Honestly, it is not a burden to ask, so if you’re planning a trip to L.A. any time soon I’ll be happy to help you with how to get around, what neighbourhoods to choose and where to eat. Also, if I can’t help, I’m sure the Visit California team on Twitter (@VisitCA) would also be happy to offer their advice and suggestions. 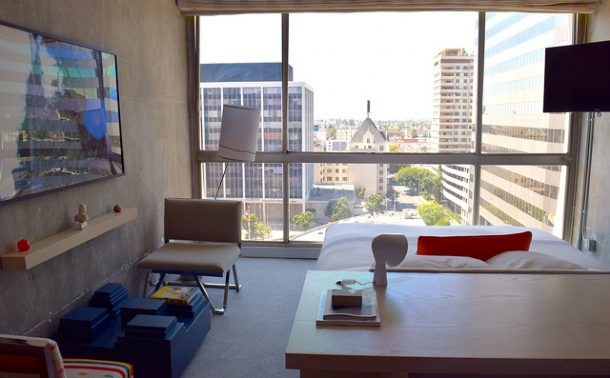