I’ve found that Abbot Kinney Boulevard in Venice always pulls it out of the hat for simply fantastic places to eat (Gjelina and The Tasting Kitchen anyone?) so I knew that after a lazy few hours at the apartment and a wander around the canals Salt Air would be a pretty safe bet for Saturday morning brunch. Their menu is local, seasonal and with a bit of a seafood slant; absolutely everything we ate and drank was mouthwatering, and I now can’t wait to return for their evening menu at some stage; I’ve heard great things! 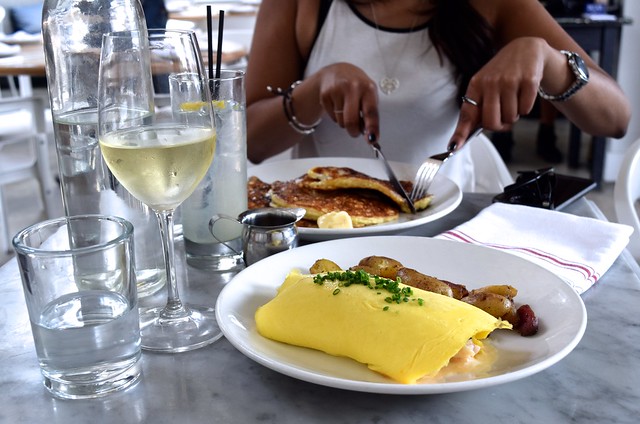 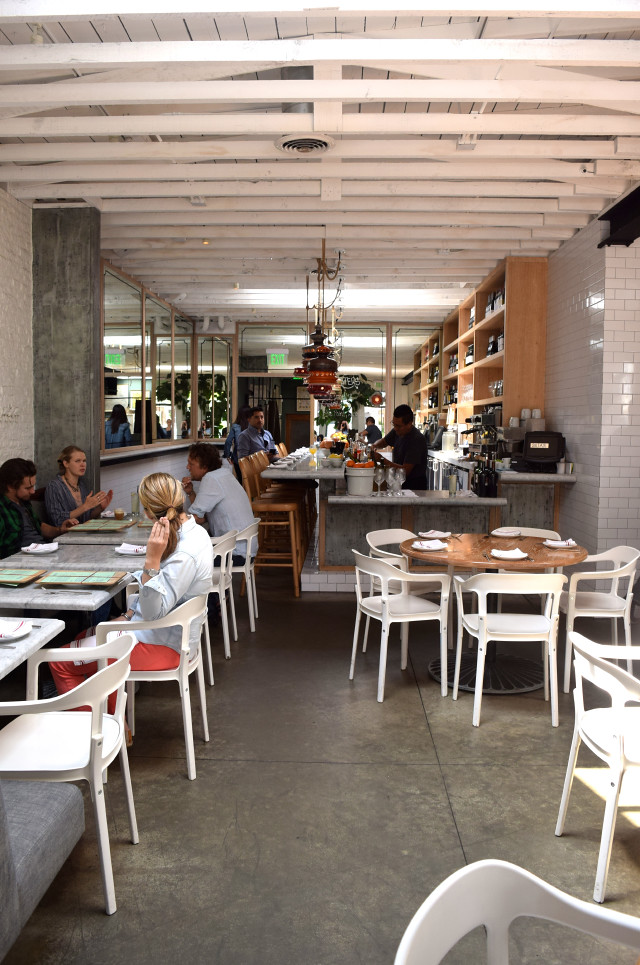 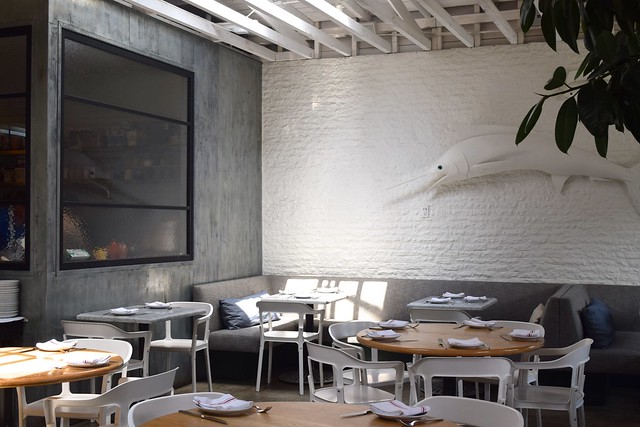 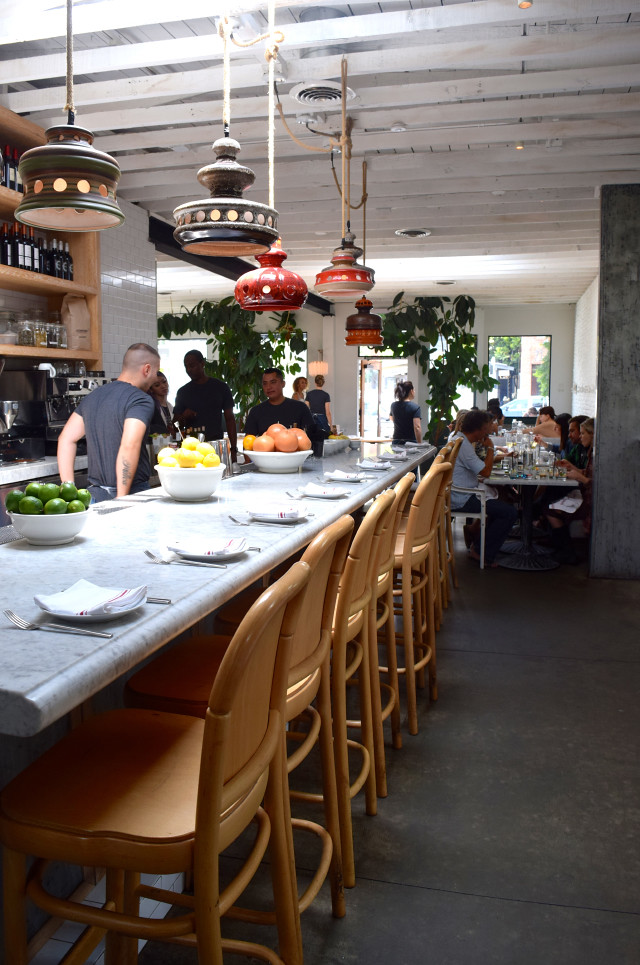 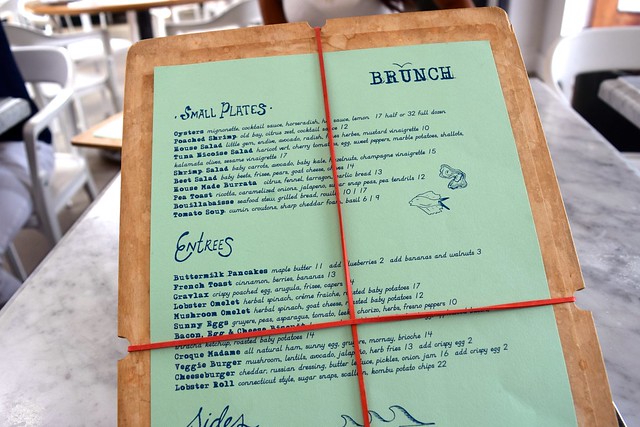 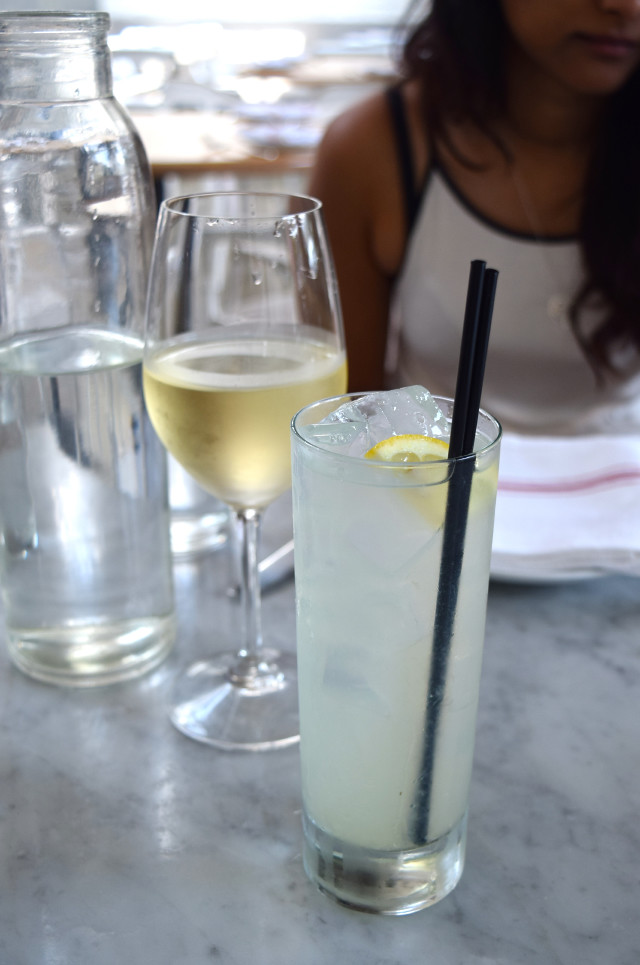 We settled down with some drinks (French white wine for me – I’d already decided what I was going to eat and I knew that it would pair perfectly – and a super delicious and refreshing homemade lemonade for Sherin) to browse the menu and try to narrow down all of the delicious choices that were on offer. 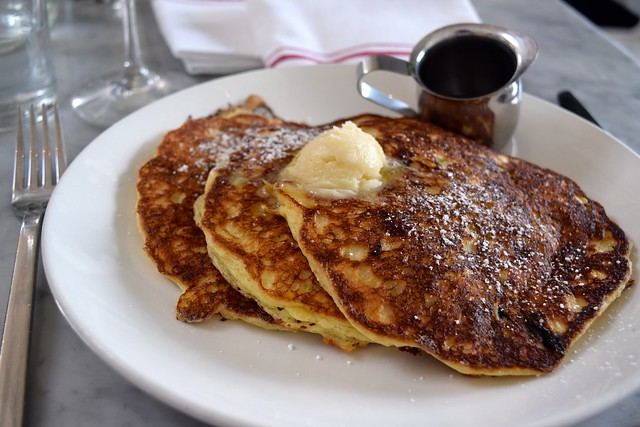 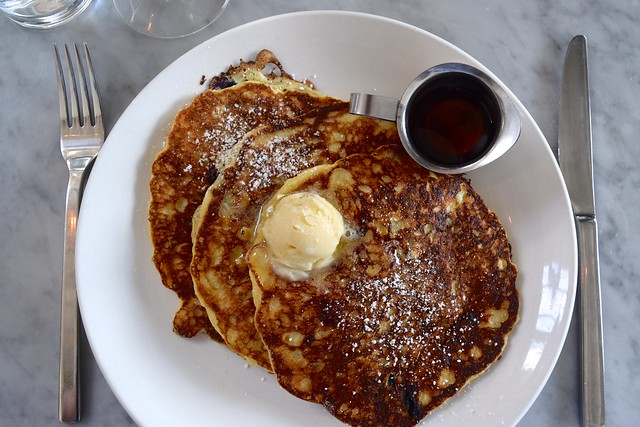 Sherin had the American portion size plate of blueberry pancakes. They were light, fluffy, melted in the mouth and at that moment when I stole a bite at the beginning of the meal I was very happy of an important lesson I learnt when Sherin and I reviewed Beagle in Hoxton together: Sherin can never finish a whole plate of pancakes. So, that obviously meant that after I ate all of my food, I was lucky enough to finish the other half of these pancakes. If you’re in the mood for a sweet rather than savory brunch, these are a must order. 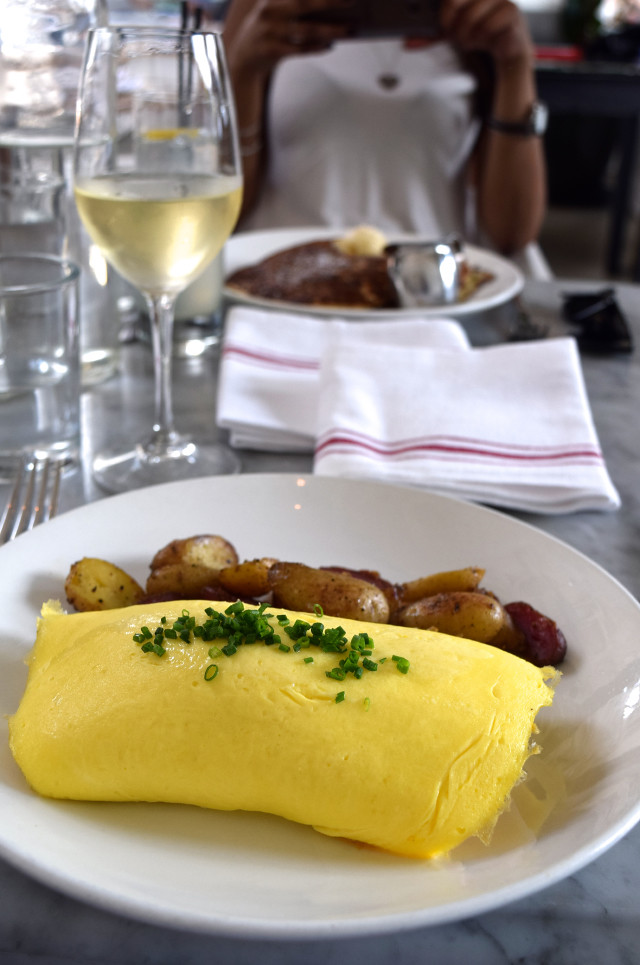 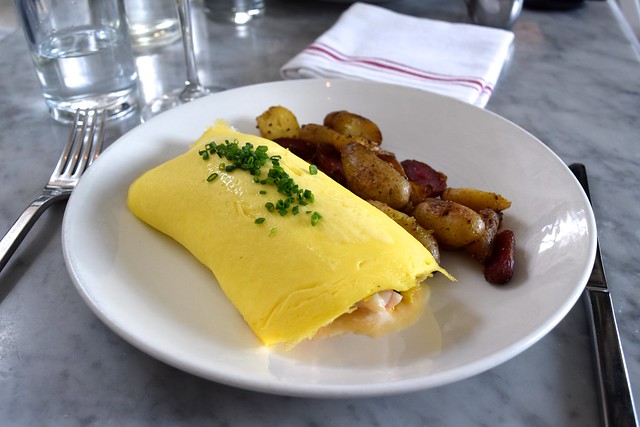 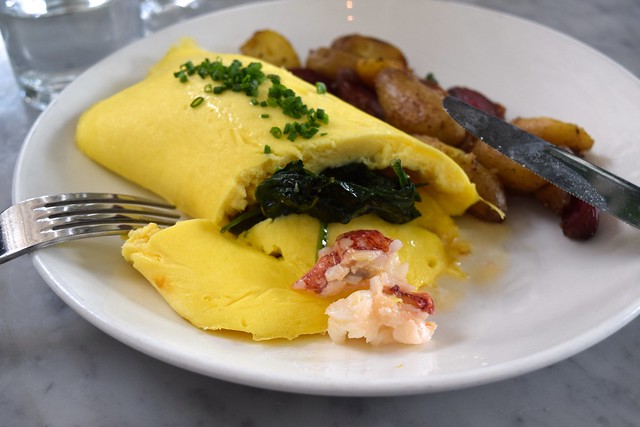 I went for the lobster omelette, stuffed with spinach, crème fraîche and generously large and meaty chunks of poached lobster, served with a side of slightly mustardy crispy potatoes. The egg was light, fluffy and just the right amount of set and still wobbly, and every single bite just oozed flavour. And I want the recipe for those potatoes. I would say that if you’re a savoury person, this is what you should order, but that would mean you would be overlooking the poached shrimp cocktail, the house made burrata and the lobster roll. 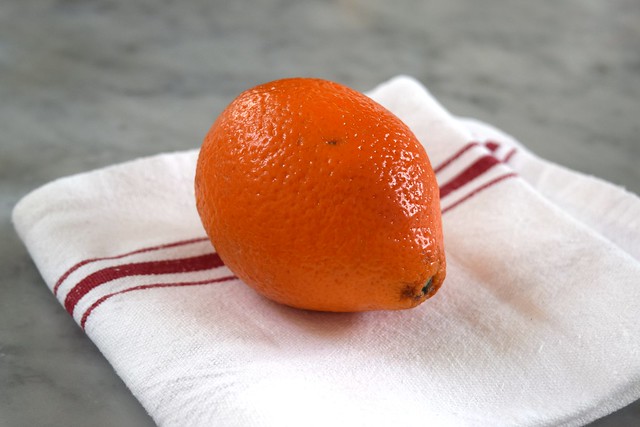 Our bill came with the lovely little touch that it came with an orange. I have no idea how on earth they came up with the idea to do this, but how amazing is that? An orange with the bill?! Only in Los Angeles.

While we have brunch in London, obviously, it does not have nearly the same vibe and spirit as brunch in Southern California. If you’re ever in town, it is something you need to make sure you make reservations for (there are always queues at the most popular spots) and properly enjoy at the weekends.