On Tuesday night, in search of an early pre (and for me post) shop supper Eleanor and I were following our noses through the outside restaurant area at Westfield, Stratford City in search of the delicious BBQ smell that was wafting towards us. It turned out that what we were smelling was Cabana Brazilian Barbecue. We’d never had Brazilian food before, but we were rather impressed, and ate all of the sheer mountain of food we ordered! (I would have actually had more if I’d had been able to find room for it!) The menu was pretty great. Either you can pick from combos or go a la carte, which is what we did. You can start with street food plates to share (though we had our own as most of them featured cheese which I don’t really get on with). Then you can choose form any combination of skewers or other barbecued goods to go with salads or sides. We were too full to have any, but I spied a frozen yogurt counter in the back of the restaurant. When your skewers were served the server places a red table mat on our table, and told us if we wanted any more food or drinks we just had to turn it over so it was green and a server would be alerted. In fact, the service in the restaurant was fantastic up until it came to paying the bill which we were rather impatient to do, but I think that had something to do with wanting to hit the shops before they closed as we’d spend a bit longer in the restaurant than we’d originally intended! The  cocktail menu was pretty extensive and creative, and it took me a very long time to choose. In the end I went for an absolutely magazine cocktail they had blended themselves called Toucan Iced Tea. It contained Cachaca (a type of Rum, national drink of Brazil), Pimms, Maraschino, fresh citrus juice, camomile tea, pineapple juice and rosemary. I had not had a cocktail that good since I discovered The Diner‘s Southern Iced Tea blend. To start, Eleanor had crispy pastel pockets stuffed with cheese served with a side of chilli; she really seemed to enjoy them! I had Chicken Coxinhas, which were slightly bredded and fried mountains of shredded chicken cooked in slightly creamy spices, absolutely mouthwatering. Both of these starters made us very, very excited for the main course to arrive. For my main I indulged in a side of sticky pork ribs which came off the bone perfectly and were fantastically and uniquely fragrant; I had never tasted ribs cooked quite like it and I would have happily eaten another side, and that is coming from someone who hardly eats any meat at all! With my ribs I decided to try the Brio-Brio Rice which was fried with garlic, herbs, spring onions and shallots. It was lovely, and made a fantastic change from the chinese fried rices I’m usually sampling. Eleanor had the bacon wrapped chicken and mushroom skewers. When they come to the table the server is holding the big metal barbecue were and slided the food off right onto your plate. I would have happily eaten her meal too, it looked and smelt fantastic!

When the bill came we were given two wrist ribbons that our server explained to us were Brazilian good luck ribbons. This was a lovely touch, but what I think was an even better was the fact if you return with your last bill receipt you get 10% off your next meal. Also, if you go to the Cabana feedback website and enter the code on your bill and leave feedback they’ll send you a voucher for a free vegetable skewer. We ate in Cabana at Westfield, Stratford City but they also have a location in Covent Garden.

Have any of you eaten in Cabana or had Brazilian Barbecue before? 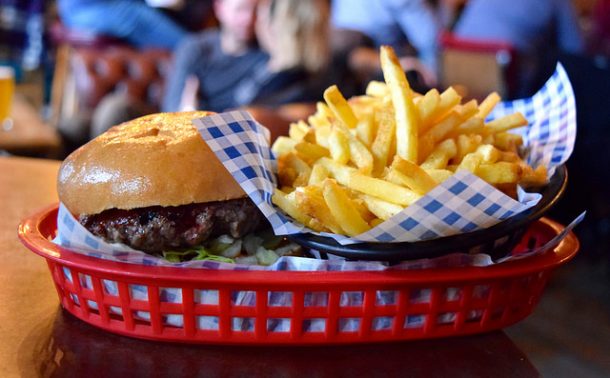 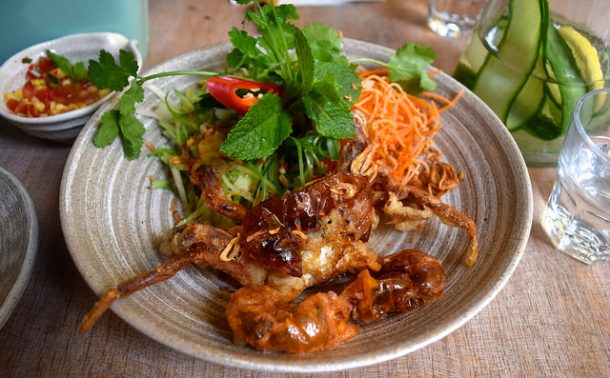