Pastries are difficult to make. I almost had a nervous breakdown in my kitchen the first time I tried to make cinnamon rolls, and they’re not even really delicate. I have a book on Parisian pastry history and techniques waiting for me back home that I ordered with Christmas Amazon vouchers which I know will barely even scratch the surface. However, I have found one pastry that is so stupidly easy to make that I know that this recipe will be only the beginning of my experimentation: Rugelach, a traditional Eastern European Jewish pastry that is usually presented in small bite sized crescent shaped rolls, or in one big flavoured roll. It all started with the recipe for Alex’s Raspberry Chocolate Rugelach from The Smitten Kitchen Cookbook (Alex is the author Deb’s husband) which I made to shoot for part of my review of the book that I’ll be posting sometime soon. I just could not believe how easy it was to make such delicious  buttery, delicate and beautiful looking bite sized pastries so I instantly started wracking my brain for what else I could fill Rugelach with from the ingredients I had in my cupboard as I still had half a block of cream cheese left to make another batch. Well, I figured that Nutella went with everything, so why not Nutella Rugelach? This recipe will make 32 rugelach, easily doubled or halved. (I can’t see why you’d want to half it though!)

To make the dough beat together the butter and the cream cheese until the two are completely combined and smooth. You can do this in a food mixer but I find that it is not too hard to do by hand. Mix in the flour and the salt until combined. Mould the dough into two rough balls and wrap them each in cling film. Refrigerate for 2 hours, but they can be left overnight.

You’ll put the rugelach together in two batches, hence the two balls. To make a batch turn the ball out onto a very well floured surface (if it is not floured enough the rugelach will stick when you try to roll them) and roll out into a very thin disk, but not so thin that it can easily be torn. Spread a heaped tablespoon of the Nutella onto the disk. Now, in England and France I find my Nutella goes rather hard in the jar and if I want to cook with it I need to stick it in the microwave for a moment (make sure all the foil from the seal is removed from the edges of the jar!) or sit it on top of the Aga for a while to make it soft enough to work with, which you’ll need to do here. I don’t know if it is the warmer weather in California (though my Nutella was still soft in December) or more likely the Americans have added something to it the original version does not have (it is an unfortunate fact of life in America, even in health conscious California that most foods have things added to them or have been altered. You can’t buy milk without added vitamins in California, for example) but I don’t have that problem here and the Nutella is soft enough and spreadable right from the jar. Spread the chocolate out in a very thin layer all over the disk getting it as close to the edges as possible, then sprinkle over half the nuts. If you can’t buy them ready toasted you can do this in a clean frying pan over a medium heat, just remember to toss them every few minutes and watch them like a hawk as they can turn from only just toasted to burnt in a matter of seconds, and ideally they should be half way between these two states. With a very sharp knife slice the disk down the middle, horizontally so it is in quarters, then quarter each quarter. You should have 16 triangles starting from the center. To roll the rugelach start at the outside of the disk and roll up into a scroll until you reach the center (see the off colour balance iPhone picture above. When I get to design my own kitchen in my own home when I become a real grown up I will have this colour granite again when hell freezes over). Space the rolls apart on a greaseproof paper lined baking sheet. To make a glaze beat together the egg yolk with a splash of cold water and brush over each scroll, then sprinkle generously with granulated sugar before putting into a 175 (350 fahrenheit) degree oven for 20-25 minutes until the ruglach are golden brown. Enjoy!

What are your favourite type of pastry, traditional or with a twist? 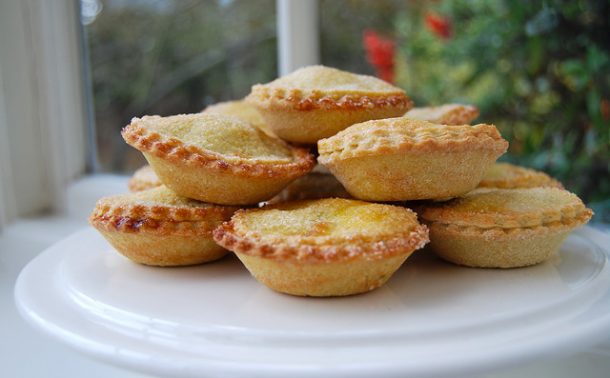 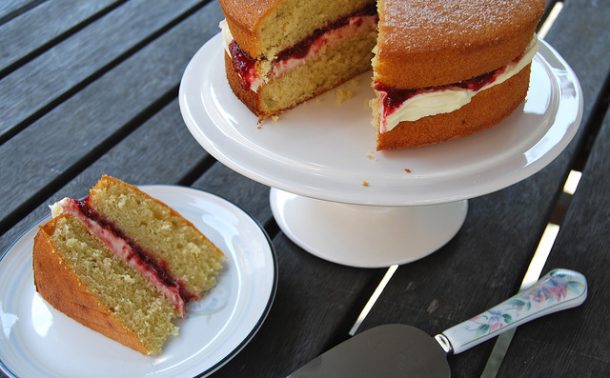