Every year I cook dinner for all of my old close group of school friends (we hang out and go for meals pretty much every time we’re in the same city or part of the countryside), and while I used to do it at Christmas now we’re all spread over the country it is much easier for me to put together a spread for everyone at my parents house in August. I thought I’d post a few photos and recipe links and notes of what I served up on Saturday night in the conservatory (typical British weather!) here for you all to enjoy and have a nosey at. The most loved dish I served up on Saturday night was the meat free option I set out; Marinated Mozzarella. My version I served up was a hybrid I put together for a dinner party table crowd working from the original recipe in the Ottolenghi book Plenty, my version of Mini Marinated Mozzarella in a Jar and the adaption food blogger Lottie + Doof came up with from the original and I used to make before I got the book.

Also, this is Ed. We’ve known each other since we were 13 years old, but we’ve only been friends since we were about 14. You see, the first year we knew each other while we were already eating our meals in the same little friendship group, he used to have to stay behind at break times in the art classroom because he was in trouble for throwing little pieces of grey kneadable eraser across the classroom at me. Boys will be boys. This is Roast Chicken with Sumac, Za’tar and Lemon from the original Ottolenghi book. I jointed the two chickens myself using the skills I honed on Guinea Fowl at The Underground Cookery School in London. I liked the general flavour but I feel the marinate needs to be made a little richer for my tastes (maybe by adding yogurt?) the next time I try it, and I was not a fan of the breast pieces so I might just try it with the darker and more flavourful legs and thighs. It looked fantastic dressed with toasted pine nuts and flat leaf parsley, though. In the background you can see what has become a regular feature on our table, the kilner jar of our home grown cucumbers, pickled, using a recipe I found in Jamie Oliver’s Jamie magazine. Some of you will recognise the bowl of Purple Cabbage Slaw with Cucumber and Dill from my post with the recipe back in March. I felt the sharper colour and flavour would compliment everything else pretty well. There is white wine in the carafe  and I’m afraid the bread is the only thing that was not homemade on the table; I picked it up in Waitrose because life is just too short sometimes, and I think I’d already done pretty well! This was my first stab at making a cous cous my Mother always makes for Summer spreads with toasted pine nuts, asparagus, sugar snap peas, lemon and lots of herbs. It is a Mary Berry recipe from her book Mary Berry At Home. She’s not just great for baking, and for some easy to make twists on classics I’d really recommend ordering a copy, and especially trying this cous cous out yourself when feeding a crowd. I think you all know Kathryn by now. I think in this shot she was surprised by something someone just told her. Next to her is Jeet, another one of our little long standing boarding school meal group. He’s known and been best friends with Ed even longer than Kathryn and I have known each other and been friends; like the two of us did, they went to the same junior school and have known each other for simply forever. It was nice he could join us as he was unable to make it last year, but we still had a few people missing, either because they were due to arrive later in the evening (we went out for brunch and bowling on Sunday morning, Ed and I each won a game!), or because they were on the other side of the world (hi Helen!) This partly Asian, partly Mediterranean in flavour Sweet Chili Bean Salad came from the original Ottolenghi cookbook. I really loved it and it was really simple to make, and it went down really well with the crowd. I want to try it with other types of white beans, but once I’ve finished playing with it and I’m totally happy with it, I’ll post it up here. I am now so excited to try more salads from the book after this. This is Elle, the latest addition to our little group. She actually writes a pretty cool lifestyle blog, too. She has not posted much yet, but if you head over there you’ll see some lovely pictures of Oysters and other assorted seafood from one of my local haunts, Whitstable, some great shots of the beautiful Wells Cathedral, and some wanderlust evoking shots of her and Ed’s recent holiday to Mauritius. For dessert I served up a signature dish of both my Mother and I, a Hazelnut Meringue Gateaux with Strawberry Sauce. I’m sorry, but this is one of the few food photos that I have made myself that I won’t be posting the recipe for, because this is one of our secrets that we’ve served up to way too many people over the years to tell anyone what our secret is! However, the dish of brownies you can see in the background that we also demolished are the most popular recipe I’ve ever posted here; Super Simple 3-Step Chocolate Brownies. 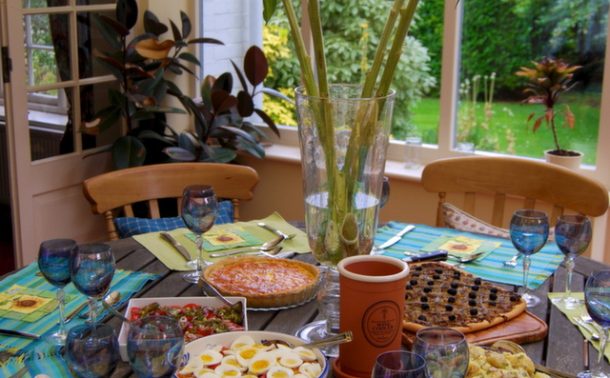 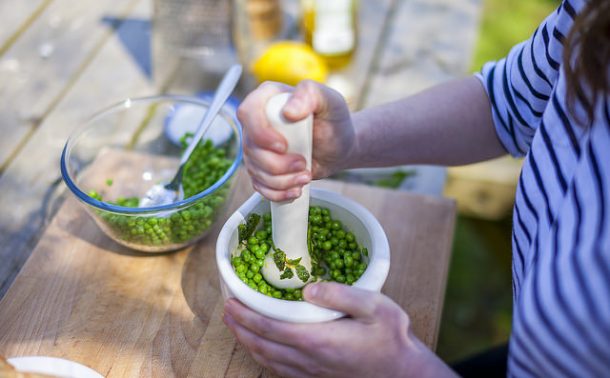 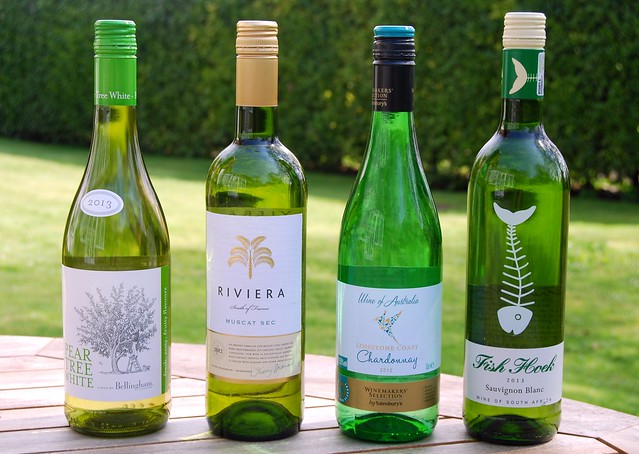