One of my Dad’s favourite desserts is a homemade chocolate mousse. Because of this it turned into something of a treat pudding in our house, so it became one of my favourites too. I know my Mother has her own recipe which I’ve made a few times before, but I came across my recipe for a typical, simple, three ingredient traditional French chocolate mousse in a book my Grandfather gave me last Christmas: Sweet Paris by Michael Paul. It is such a beautiful book with stunning photos of all things sweet around Paris, the stories behind all of the various desserts and their histories, and some rather good recipes I’ve been working through, too.

I know most people don’t really see chocolate mousse as a ‘treat’ dessert, but when it is something you’ve made yourself, when you serve it in a pretty dish (this one is from Zara Home, my new go to for cute kitchen and dining stuff), and you top it with edible gold stars I think it would make a lovely family dessert for Christmas Eve or New Years Eve. Now, there are two things to note with this dessert. First, that I’d say in generous glasses it would serve 4, but really it can’t be predicted. It is up to the size of your dishes, really. You could even make it as a sweet New Years Eve canapé in shot glasses with little egg spoons. The second thing to note, is that I’ve screwed this recipe up a couple of times so you don’t have to. If you try adding the egg yolks to the melted chocolate while the chocolate is too warm still the eggs will cook and the mixture will be ruined, you’ll have to start again with new eggs and new chocolate. But, if you follow the instructions it is actually really easy. The recipe calls for, and some other traditional French recipes I’ve read say you can top it with a dollop of double cream, whipped until it just holds its shape with sugar beaten into it to sweeten it. I’ve done this once or twice if I’ve had a little cream left over in the fridge from doing something like making a chicken pie or a chocolate ganache, but I honestly don’t think it is necessary and I like the chocolate to speak for itself here.

This is one of my all time favourite desserts, and one I always request my Mum makes me when I’m home for my birthday! 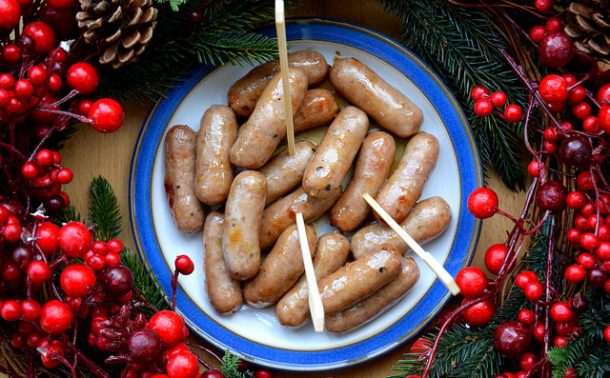 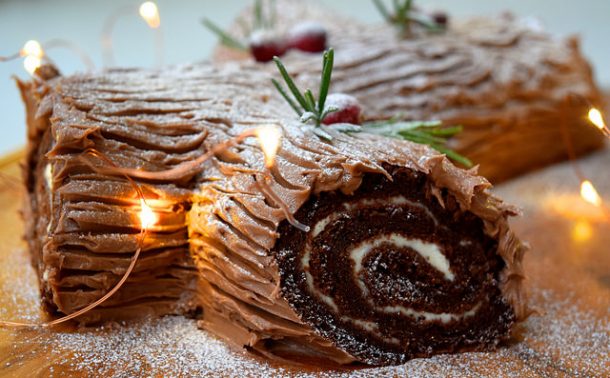 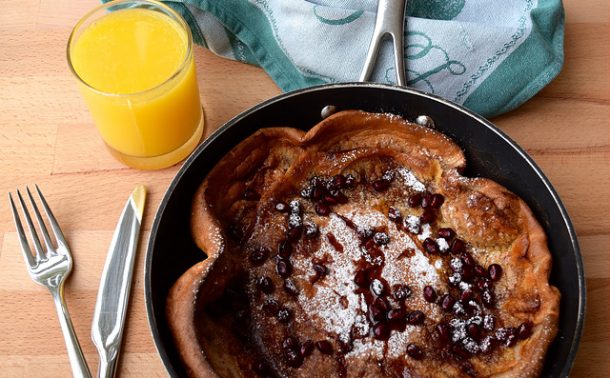