Late last Friday after going out for late afternoon drinks I headed back to the station and home for Christmas. Obviously it was Friday 13th, so while I left my companion at 7pm somewhere near St. James’ Park I did not make it back to my parents house until about 11:30pm, so many delayed trains! Anyway, so the past week I know I’ve been a little quiet, but I have not really been thinking about the blog too much. I adore writing it and could not think of a life without it, but it has been nice to spend time getting ready for the festive period with my family, especially as I essentially skipped Christmas and New Years last year when I was in Los Angeles. So, I thought I’d just post a few snapshots of what I’ve been getting up to at home. Aside from all of this, I’ve also been watching an awful lot of food television. Predictable, right? My loves have included Paul & Mary’s Great British Bake Off Christmas Masterclass (I love the way she seems to Mother him!) and Tom Kerridge Cooks Christmas; who needs that Honey Roast Pork Side in their life?! Also recorded I’m excited to see Nigel Slater’s biscuit programme, and Giles Coren and Alexander Armstrong exploring their favourite Christmas drinks. I’ve become obsessed with Nigella Lawson’s amazing book Feast recently, and yesterday afternoon from it I attempted her famous Cherry Coke Ham. It was the first time I have ever made a ham before, and I am so proud of how it turned out. It tastes fabulous, and I think her glaze made with cherry jam and smokey paprika is simply inspired. So excited for upcoming ham sandwiches. I’m going to be making her festive trifle from it twice this year (tomorrow night for dessert and alongside my Super Simple 3-Step Chocolate Brownies for dessert on New Years Day), so I’ll try and post pictures of that too. My Mummy is famous among family and friends for how brilliant she is at beautifully wrapping presents and gifts. I just love sitting watching her put together her beautiful creations. When she was a teenager she used to sit in the back room of her Mother’s gift shop on Christmas Eve wrapping up so many bottles of Chanel No.5 for hapless husbands who’d left their Christmas shopping until the last minute. All I can say is that this is my new favourite candle, its orange, cinnamon and clove scent is basically Christmas. I arrived back in Kent to a big box from the lovely team at Sainsbury’s with a few ingredients for some upcoming posts I have planned in the New Year, and their entire new Taste The Difference chocolate range. I’m currently munching on a lovely dark caramel number, but my favourite by far which I think is perfect for the festive season is this Swiss Milk filled with a Marc De Champagne filling. I’m particularly partial to a good champagne truffle, and this is a slab of it. Utter perfection, and I think the bar went down between my Mother and I far, far too quickly! A festive treat for anyone who is partial to this sort of thing. Finally, Mummy and I spent a hilarious afternoon decorating our Christmas tree. Most of the amusement was from the fact that it is twice our height; she is even more vertically challenged than I am! Aside from this Instagram of one of our blown glass decorations (most of out decorations are little toys, golden birds or blown glass bells), most of the pictures I took earlier did not come out how I’d like, but our tree has been in the same place for years, and has looked the same every year for even longer, so these pictures I took on Christmas Eve in 2011 should give you a good idea of what it looks like!

I hope you are all having a fantastic time in the build up to the holidays, and I’d love to hear about some of your own Christmas traditions, favourite recipes, festive foodie TV shows you’ve been enjoying and how you like to decorate your tree in the comments section if you have a few moments to spare from the merrymaking! 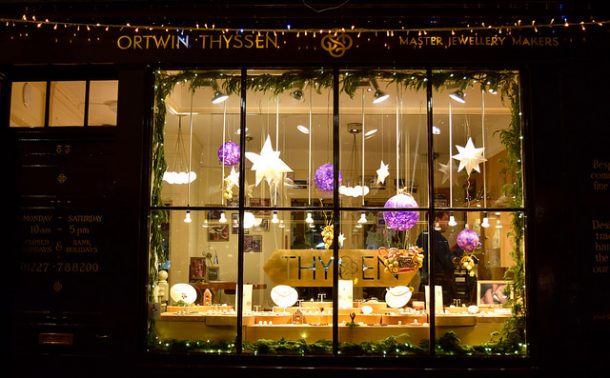 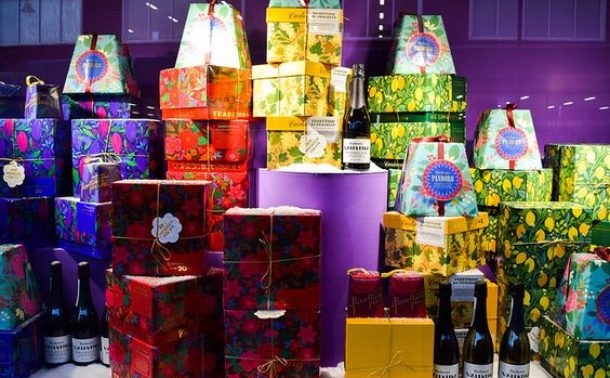 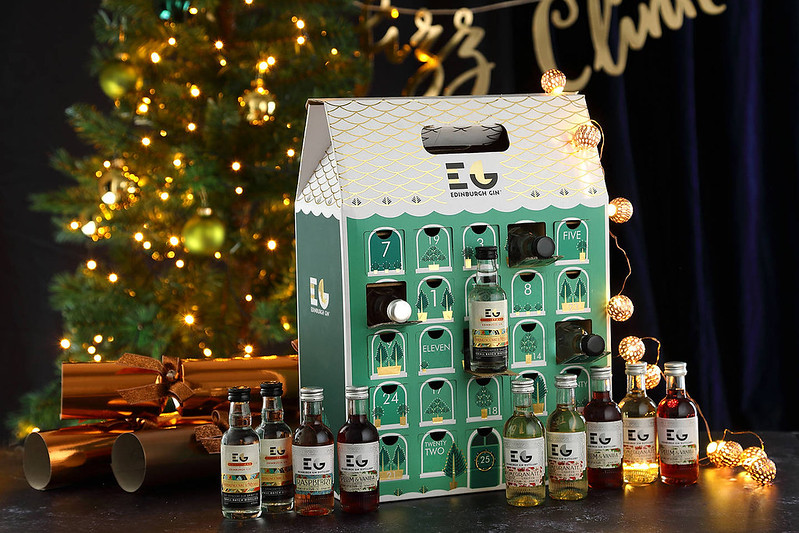