A Tour Of Drygate Brewery & Lunch At Vintage, Glasgow

For the third and final instalment from my trip to Glasgow last month (but don’t worry, I’m off to Edinburgh this weekend!) I was wondering if you’d join me on a little tour of a great spot we visited on our final morning, Drygate Brewery, and for lunch at their fantastically hearty and laid back restaurant The Vintage? While we’d been lucky with the weather for pretty much the whole of the weekend, the clouds were starting to roll in; Drygate is the perfect place to visit to escape from the elements for a while for more than just food. 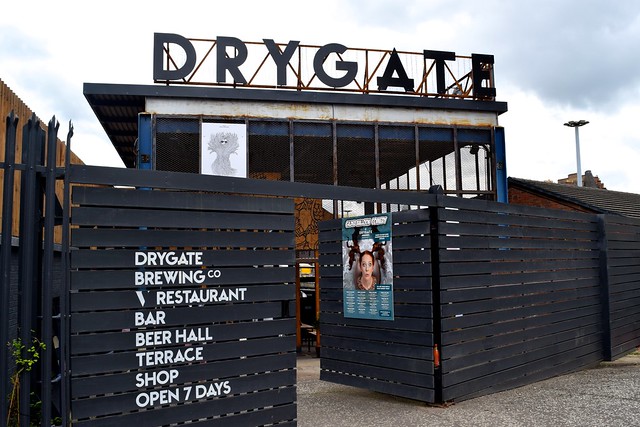 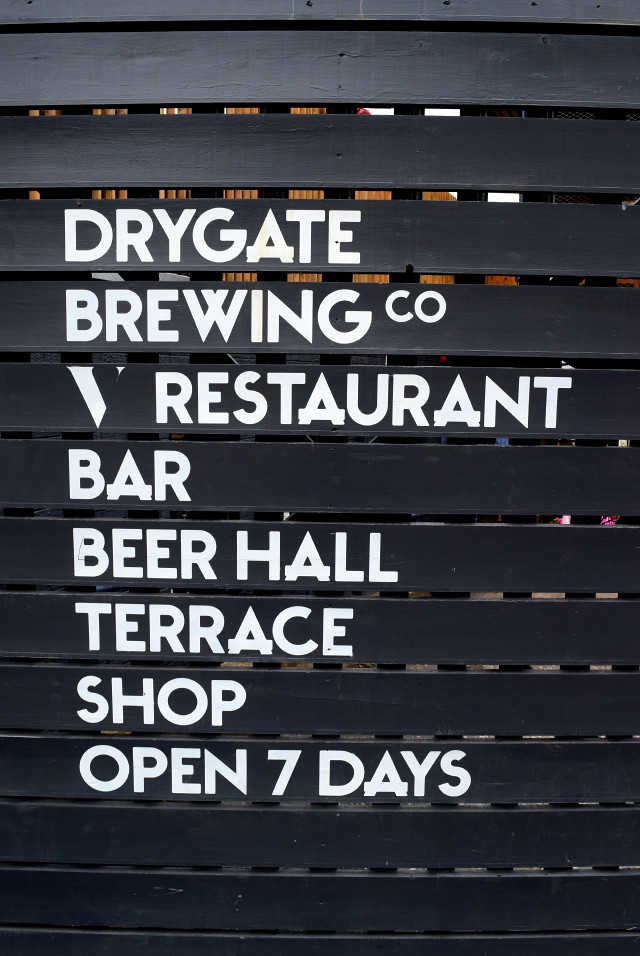 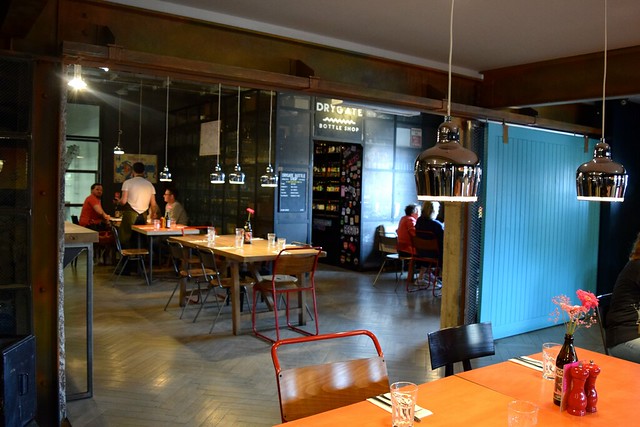 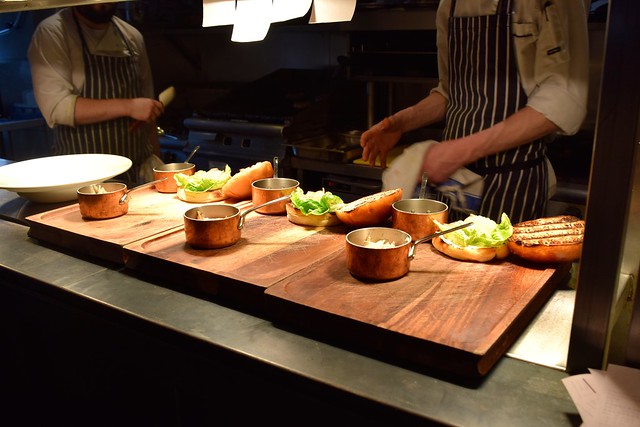 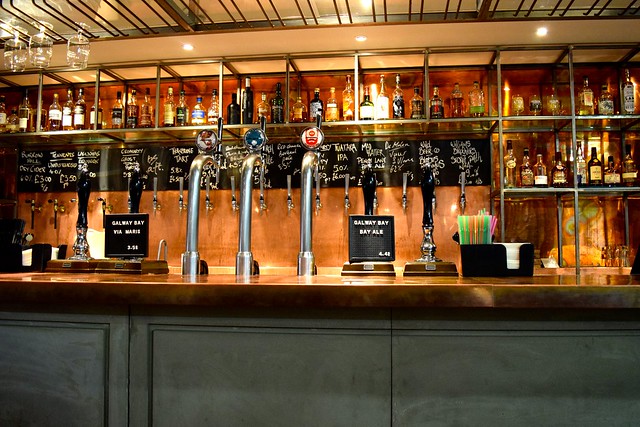 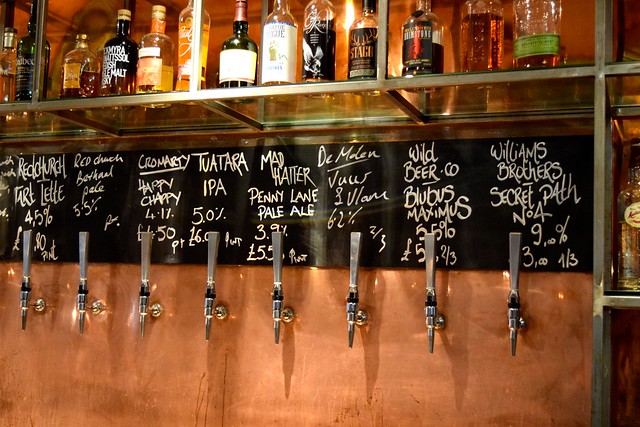 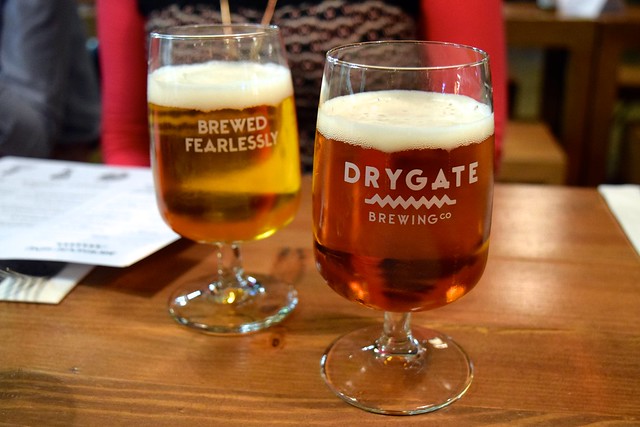 The restaurant space is big and friendly. Stepping out of the grey Scottish day it was warm and welcoming, with a simple open kitchen and a beautiful long bar with copper detailing, showcasing the best of Scottish and British guest beers and ales on offer. While I was tempted by some of the more more unique and out there brews, I thought that I’d be amiss if I did not try the beer of the house, a half each of the Bearface Lager and Gladeye IPA. I’ll always go for the pale ale rather than the lager in any line up (a little bit of me dies inside when I’m in one of my local pubs and they only have Whitstable Bay lager on tap rather than the pale ale), and I really enjoyed this one; it was both smooth and slightly hopy at the same time, with complexity that makes it interesting without making it too strong to drink with lunch. However that being said, I really did enjoy the lager, it was refreshing, but had enough flavour in it not to be flat and watery like a lot of the cheaper, more mass market types, and I actually enjoyed it just as much as the IPA. If you don’t know which to choose, they’re both great, so I’d just ask if you want something chilled or not. 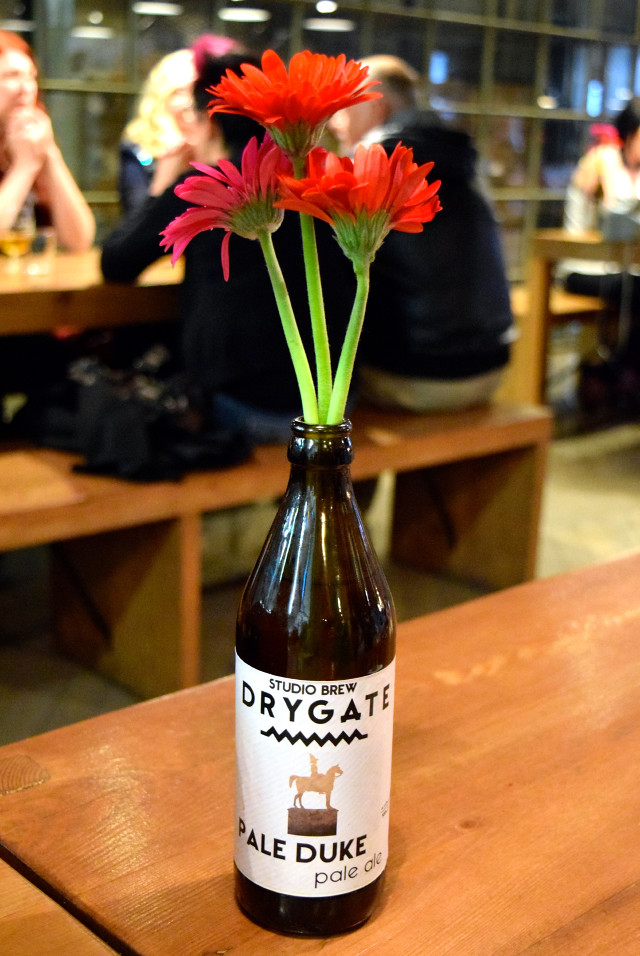 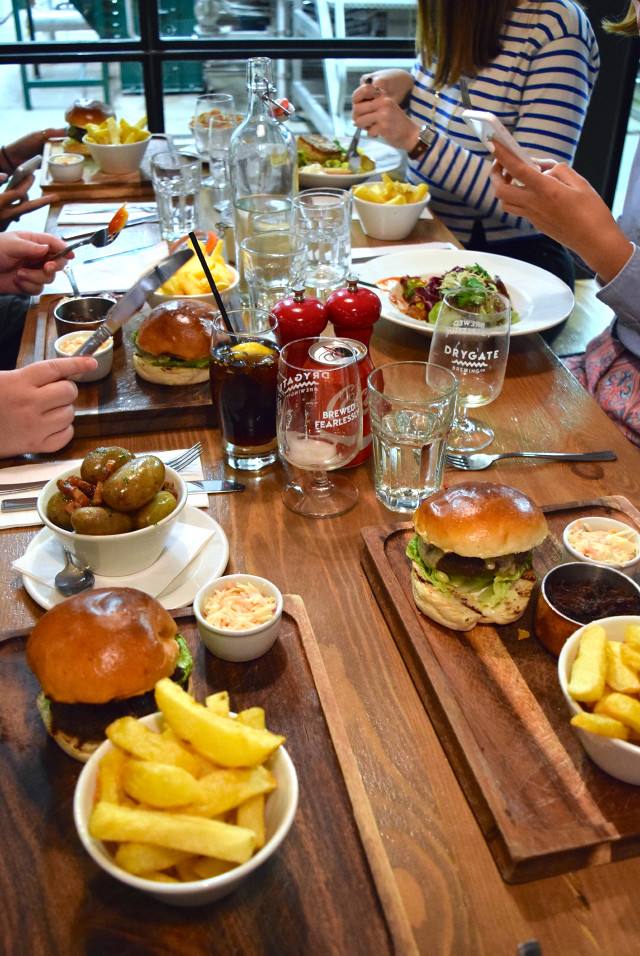 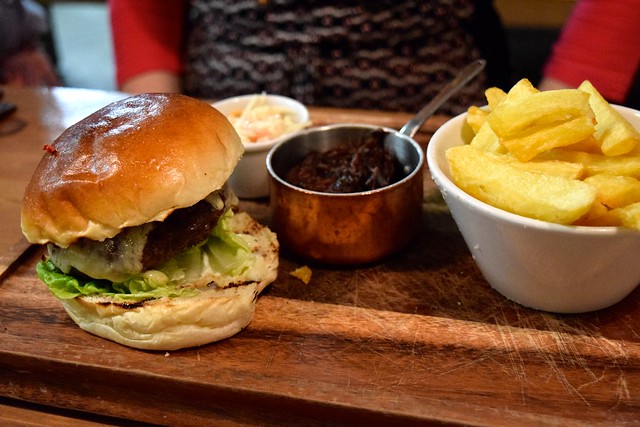 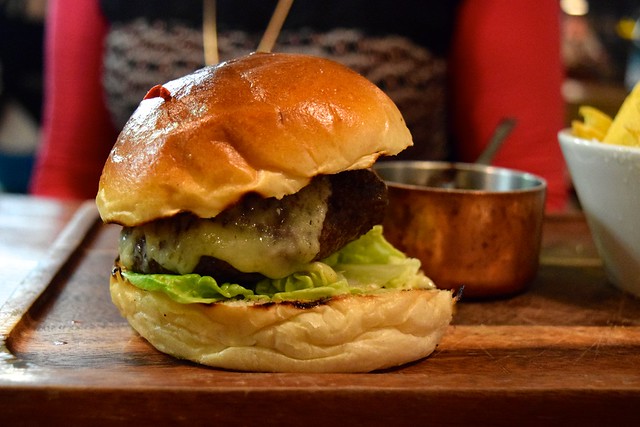 With a few exceptions of the veggies around the table, or people who were already pretty full from breakfast who had (delicious looking and hearty) salads, we all went for the Drygate Beef Burger with Jerk Ox Cheek, which we either opted to have on the side or already stuffed inside out burgers. Served on a good bun, the beef was juicy and hearty, and the ox cheek deliciously dark. The burger had a deep flavour all together, so very different from these all American versions heavy with pickles and acidity. It went perfectly with the side of slaw and super crispy triple cooked chips, and the house beers. 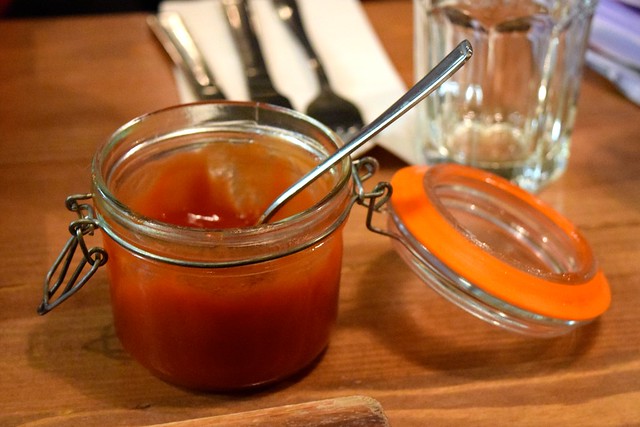 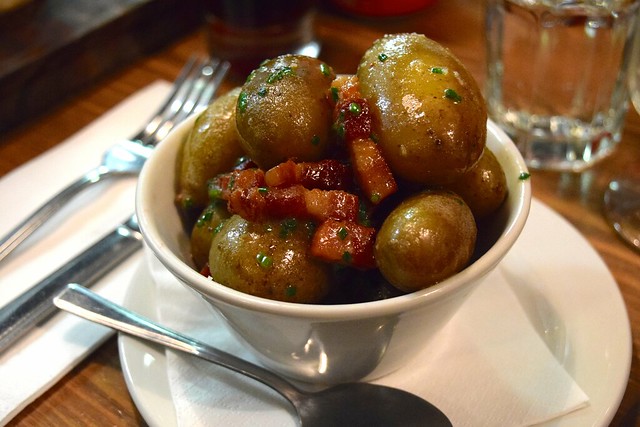 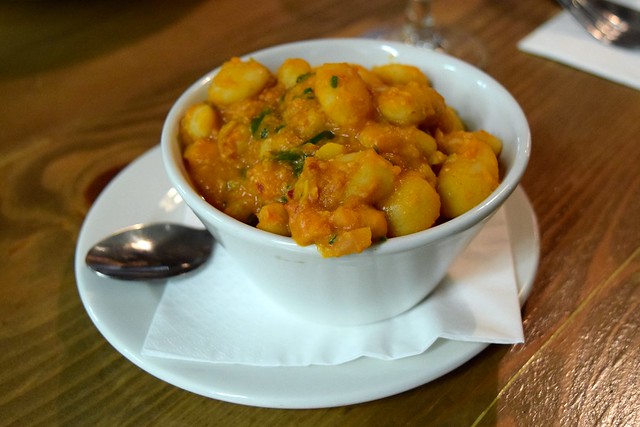 As a table we went for a couple of sides to share. We were curious about the Potatoes, Bacon and Oats, but while the combination of hot potatoes and crispy bacon pieces in lots of butter was delicious we were not entirely sure where the oats were in the dish. However, the Sobrasada Beans, a tapas style bowl of tomatoey beans enriched with paste like Spanish Sobrasada sausage are a must order, especially if you’re in search of the ultimate comfort food. I think these might be some sport of antidote to a Scottish Winter? 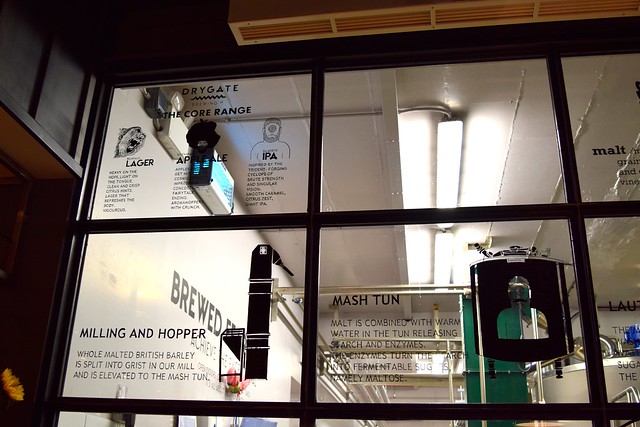 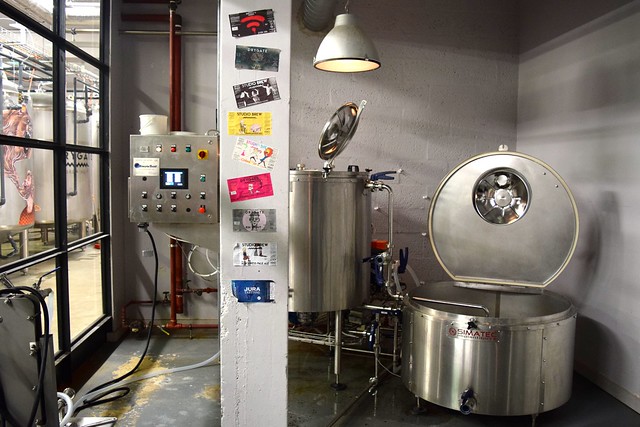 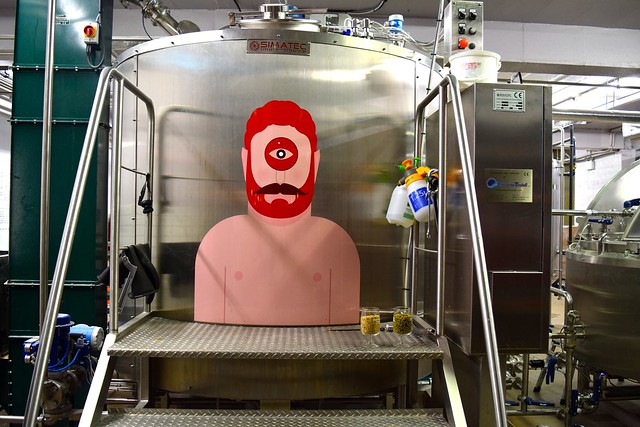 The brewery is pretty small, but has character. On a tour you’ll learn all about how the beer is brewed, using hops from America (apparently commercial hop production for beer making is pretty much non-existent in England as a whole, a fact that seems pretty alien to a girl like me from Kent). You’ll also get to see probably the only mash tun (where the malt and water are mixed together at the beginning of the brew) in the world that has a giant cyclops stuck on the side. The distinctive artwork that adorns both the beer bottles and the brewery at Drygate were designed by illustrators Jack Bedford and Linda Sweenie, who I now think are bloody awesome. You can read more in this great Creative Review article. 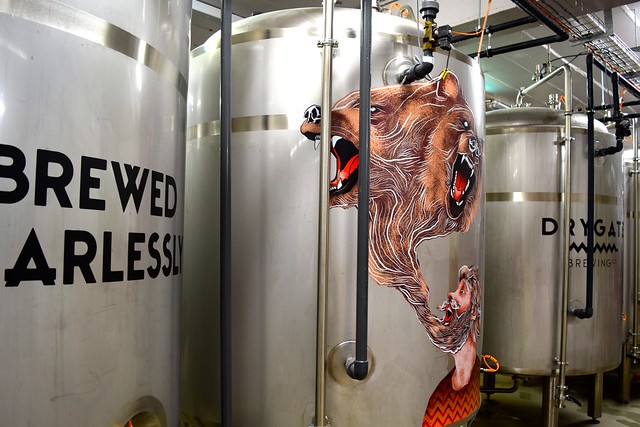 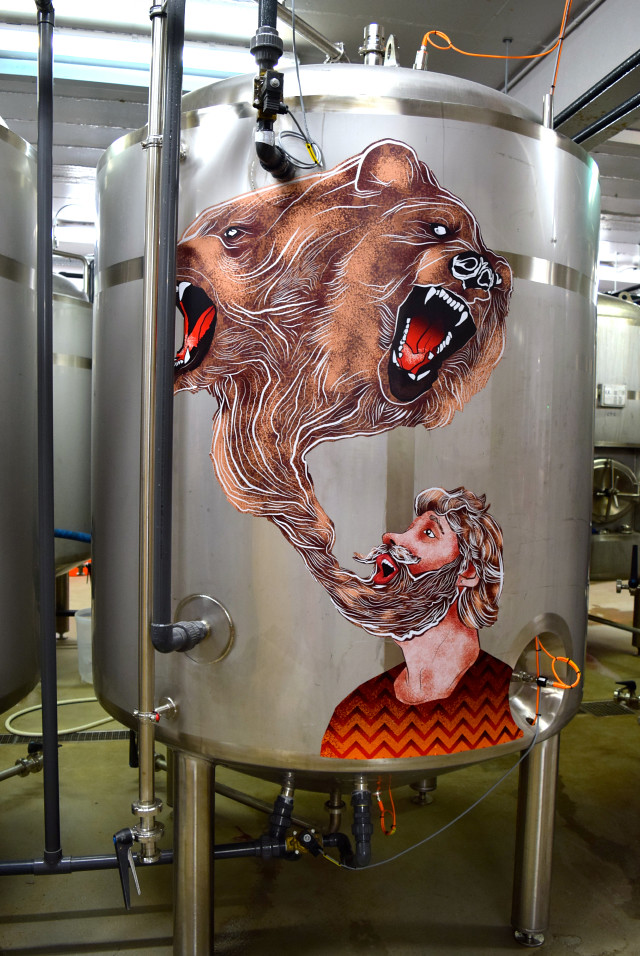 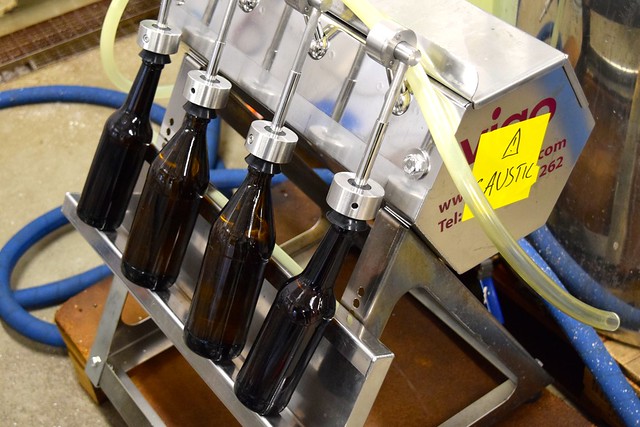 As it is a pretty small operation, meaning that all of the beer is bottled by hand using this fun little machine. Apparently it is a good excuse to hang out in the back of the brewery without anyone disturbing you, and a big set of headphones on listening to music! I can think of worse ways to spend the afternoon. 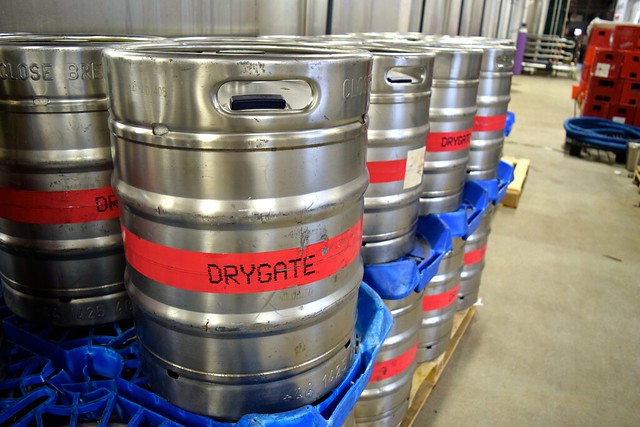 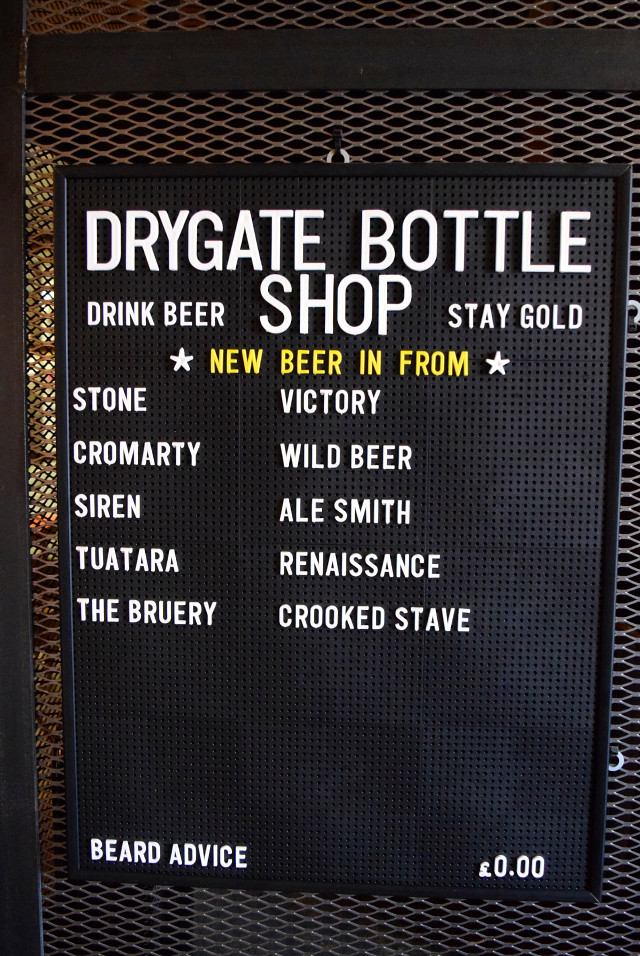 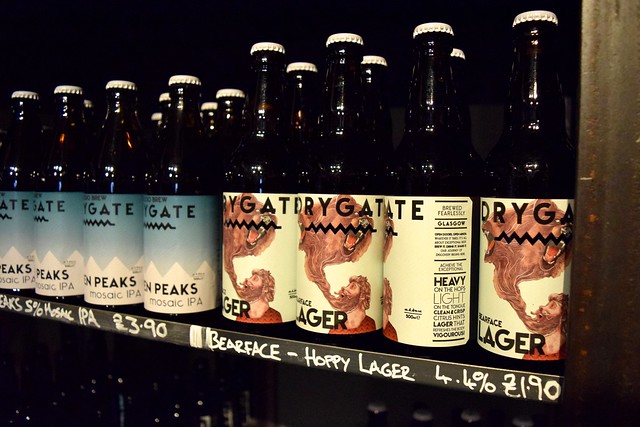 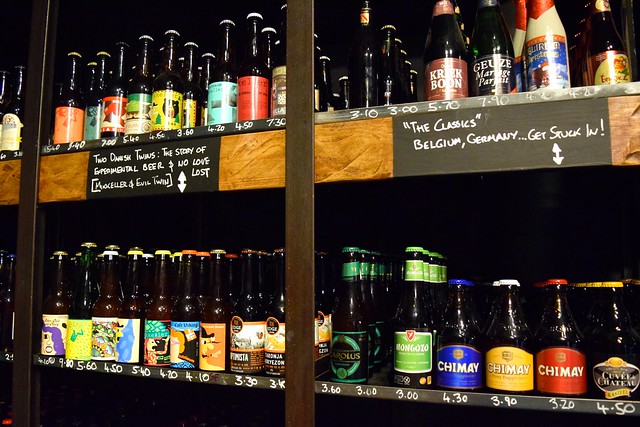 For the final stop on your Drygate tour, unless like me you’re flying back to London hand luggage only so that you’re unable to bring big bottles of liquids, is their brilliant bottle shop. As well as selling the full range of Drygate brews, they have the best selection I have seen in a very long time of British and Scottish craft brews, as well as a great international selection featuring some of my favourite brews from California (including Anchor Steam from San Francisco, which they’re actually selling for less than you can buy a bottle for in a Los Angeles corner liquor store!)

You can book a tour of the brewery and a tasting of their brews here, or simply just turn up. I think at £7 a person if you’re heading to The Vintage for lunch, and especially if you’ve never been inside a brewery before, you’d be silly not to. Also, be sure to check out the events page of their website to find out what comedy events, beer festivals or urban markets they may also be running when you plan to visit.

I traveled to Glasgow and visited Drygate Brewery as a guest of the Glasgow City Marketing Bureau.

Eating Out Places To Eat In Glasgow: The Finnieston 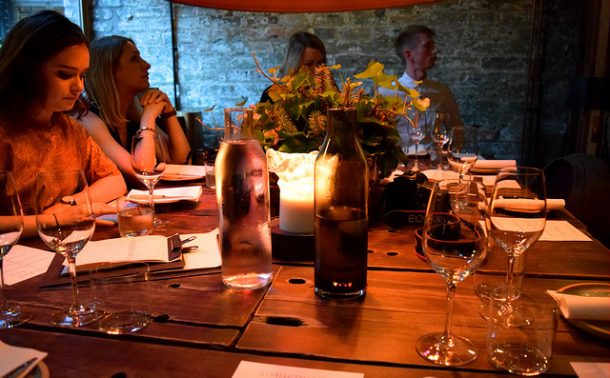 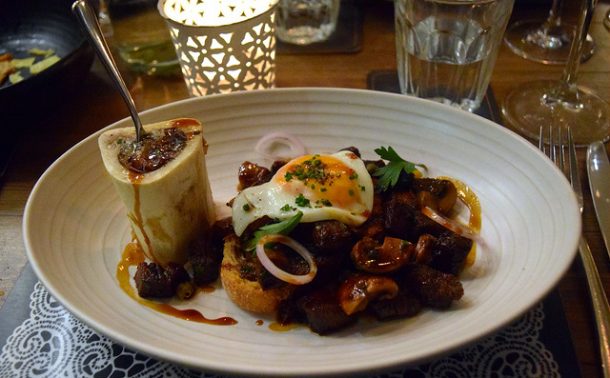 Eating Out Places To Eat In Edinburgh: The Scran and Scallie