Last time I had the train to catch from Liverpool Street to Stansted Airport (en-route to the Dordogne Valley, if you fancy checking out some of my foodie travel snaps) I decided that it would be nice to check out a newer edition to my old Shoreditch stomping ground with an old friend who has also moved out of the EC postcode for a casual supper before heading to the pub to catch up for a pint or two. DF/Mexico is the little sister of Mexican giant Wahaca, and has taken up residence on the corner of Old Truman Brewery. D/F Mexico is part cafeteria, part restaurant. The kitchen and bar are open, and soft drinks and agua frescas are self service once you’ve got your glass. Your server will find you your table, but you head up to the counter to order your food, drinks and any refills. You pay for it there and then, but then your food is brought to you. They’ve got a good selection of local London beers, and a small selection of frozen margaritas from the slushy machine. First we tried the hibiscus and passion fruit margaritas which were made by swishing concentrated syrup around the glass, allowing the flavour to seep into the margarita as you drink, but I was more of a fan of the straight up classic frozen number I had later; sometimes you just can’t improve on perfection! The food comes in surprisingly big portions, so it is great for sharing. I was craving something big, green and with avocado, so I went for their house avocado salad, holding the feta: mild leaves, house slaw, quinoa, pink pickles onions, ripe avocado and strips of fried tortilla, all brought together with a tangy dressing. I’d call this a sharing side between two or three people, or a good veggie meal in itself with a side of the house crinkle fries; wonderfully crisp on the outside, and light and fluffy in the middle. We were visiting on a Tuesday, so obviously I had to order tacos, with fries and salsa on the side. I had a pair of pulled pork tacos with salad, slaw, pink pickled onions and habanero peppers. They were bloody delicious, but I’d question the use of soft corn tacos shells; after eating about half a taco the juice from the pulled pork caused the whole thing to fall apart and I got very sticky! I’d either recommend a knife and fork (which sort of defeats the point of a taco!), so next time I think I’d order the less-liquid chicken or fish tacos. My companion (always known to order the dish with the most meat and the least green!) ordered a grilled steak, finished with a chilli rub before cooking and served with fries (there was also the option of red rice) and a chipotle hibiscus salsa. I was more distracted by my taco, fry and salad mountain, but I think it was great as it was polished off rather quickly!

I wish we’d had had room for dessert, because they have vanilla bean soft serve with a choice of raspberry with popping candy, passion fruit with caramelized coconut, and dulce de leche and candied peanuts by way of toppings. As well as the Shoreditch restaurant, there is also a D/F Mexico on Tottenham Court Road for all you Soho/ Fitzrovia office workers. 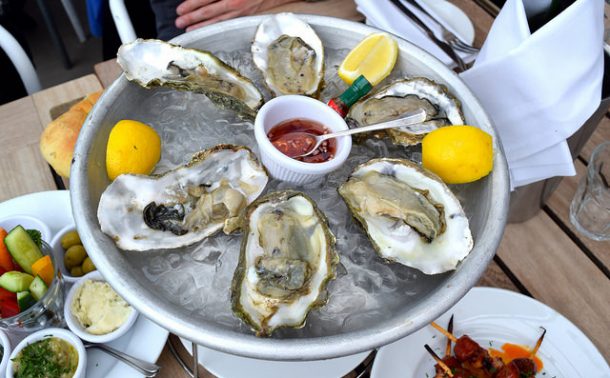 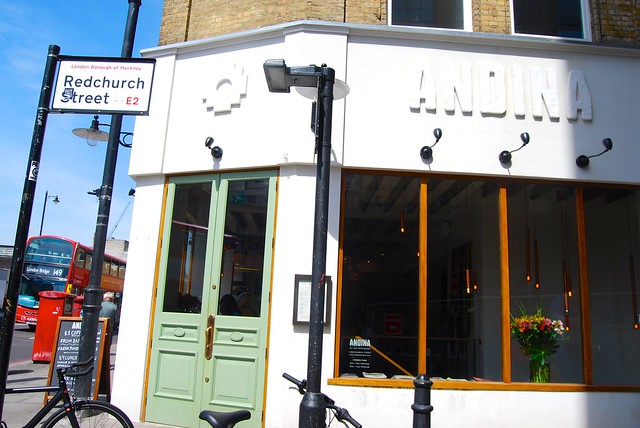 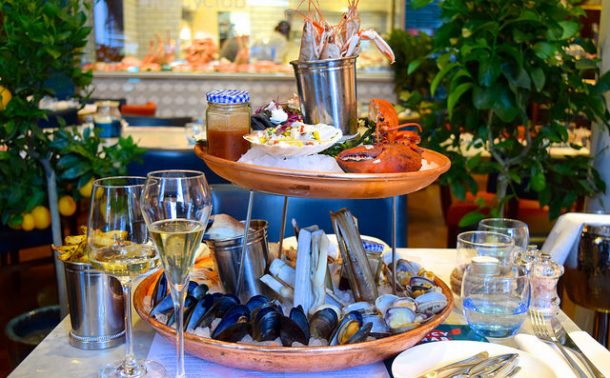 Eating Out Places To Eat In London: Fancy Crab, Marylebone