Places To Eat In Kent: The Sportsman, Seasalter

On Wednesday we went for lunch at probably the most famous grotty little pub by the sea in Britain. As a food writer, when I’m out for lunch with other journalists and they hear I live in East Kent, then they find out that I’ve never eaten at The Sportsman, they look at me like I’m crazy. So, to finally see what all the hype (and copious awards) is about, I worked on getting a table booked (and before the holidays, mid-week this still took several attempts!) for what turned out to be one of the best meals I have had so far this year. The Sportsman serves up good, honest, seasonal British food without the fuss. You can get a bit of a feel for the options on their website, but the board in the pub (there are no menus) varies day to day. As it is a pub by the sea and one of our party does not like fish we opted for the a la carte menu, but I would love to go back for the full 9 course tasting menu, which the table next to us had – it looked absolutely splendid. We started with a board of homemade bread (three types, my favourite was the olive oil rich focaccia) served with ripe, tart green olives and butter flavoured with local sea salt. Oh, and because I was having oysters to start, we each had a glass of champagne – you’ve got to love a pub that sells Bollinger by the glass! For a taste before we tucked into our starters, I went for one of each oyster on the menu. The poached oyster with caviar was slightly creamy and provided more of a hit of the sea than you’d usually expect from an oyster (as odd as that sounds!) Usually, I’m not big on oysters with cooked components (I think it ruins them), but I loved the contrast when you bit into the hot, oily, flavourful chorizo on one of my rock oysters. My favourite however was a slightly pickled number topped with shredded rose petals: a wonderful burst of flavour where you could also taste the fragrance of the flower. Really unique, and scores in front of the rest. For my starter I had gin cured salmon, served with cucumber, sliced local gooseberries and raw crème fraîche. It was a really generous portion (people usually skimp on the salmon), and the balance of flavours worked really well. What made the dish stand out for me was the gooseberries; the small, tart slices really brightened up and cut through the oiliness of the fish. Something to try as gooseberries are at their best right now. I was only allowed bites of the other starters at the table. The pork terrine was pretty, rich and full of flavour, served with a wholegrain mustard cream, homemade pickles, a large piece of griddled bread and a deep fried piece of terrine to provide some contrast. Next to that, this plain little thing was actually a lovely and light slip sole cooked in seaweed butter. Absolutely lovely and something not served much anymore. When we got to the main course, I luckily struck a very important deal to swap fish dishes half way through, so I got to enjoy both. First, there was a perfectly cooked piece of sea trout, sitting on a bed of green beans and a plateful of the most wonderfully flavoured and light green pea sauce, and topped off with a deep fried oyster. Everything was right about this dish. It was also so different from the hake, so that I honestly can’t choose a favourite. That was served on a bed of cabbage and with a perfectly ripe and flavourful tomato heavy bouillabaisse Sauce, topped off with a green olive  and caper tapenade. Hake can be cooked really badly, but this was perfect, and the whole dish full screamed of summer. The meat eater at the table had something I wish I had tried: how amazing does this smoked, maple cured pork loin look, served up on a bed of cabbage, champ, and with a caper and pickle sauce look? Even the people on the table next to us were looking across and asking after it. Dessert was a really exciting affair. Only two of us went for them, but they, like the rest of our meal, were absolutely flawless. I had the rhubarb soufflé, served with rhubarb ripple ice cream. As well as being puffy and pink, the flavour of English rhubarb was perfect. Our servers tip of eating a scoop out the middle then dropping the ice cream in the middle turned out to be a splendid idea. Also here we have cream cheese ice cream with strawberry coulis, meringue and ginger cake crumbs, a sort of deconstructed Eton Mess which was mouthwateringly delicious too. The cream cheese and the crumbs made it just that little bit different. The bill came with homemade chocolate truffles, and after we had paid we headed out into the sunshine to relax on the beach just over the ridge from the pub. If you’re visiting on a sunny day this summer, it is the perfect, peaceful place to soak up the sun, listen to the sea and sit contentedly in a food coma.

The Sportsman is honestly up there as one of the best meals I have had this year (on par with every time I’ve eaten this year at The Compasses Inn, and at Manoir de Malagorse and Chateau de la Treyne), and it is worth the effort involved in actually getting a table and heading out to the coast. Taxis are also used to heading out there, so it would also make a great treat by train to get out of London for the weekend. 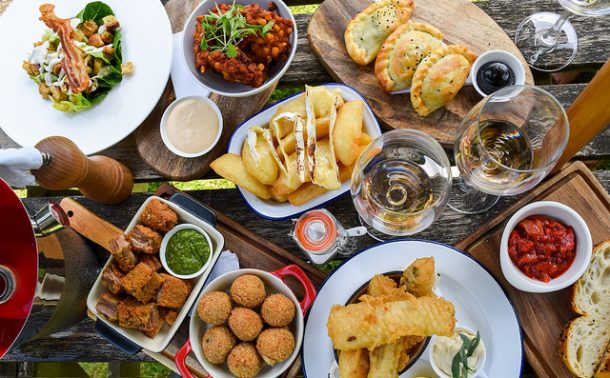 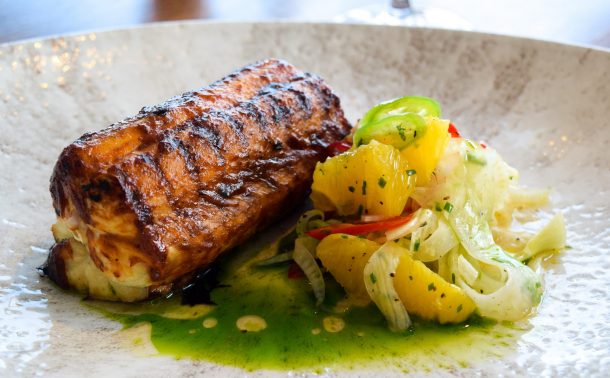 Eating Out Places To Eat In Folkestone: Rocksalt 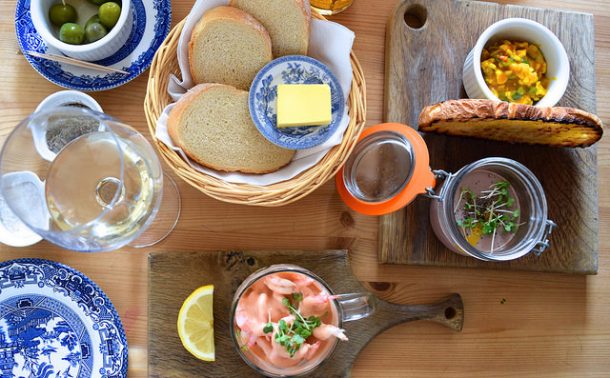