It has become a bit of a tradition that every year I sit down and give you all an update on how exactly I make money from blogging. It has been a year since I unintentionally put full time blogging on pause to take a part time job in politics, and along with the natural changes in blogging, this means that this years numbers are again very different from what we’ve seen in previous years. If you’re simply a blog reader who is interested, or a blogger yourself looking to monetize your own sites, I hope you find this post helpful! This year I thought I’d bring back my pie chart from 2014 (okay, I admit, I did not post it last year because I lost it!) which compares my revenue streams from last year to this year so far. I’ve divided it into 6 chunks, for my 6 largest sources of income, and I hope my breakdown below will help explain some of the big differences, either if the way I have been working has changes (keep in mind the 2015 chart shows half a year of blogging full time, whereas I have only been blogging part time for all of 2016 so far), or because the every changing and growing world of blogging is shifting and changing.

Bloggers who are full time bloggers who only make money off of their blogs are practically non-existent. All of us have some ‘other’ job which yes, we got because of our blogs, but are on a separate platform. Me? I’m a freelance food and lifestyle journalist, and in 2015 that made up around (I have a few smaller revenue streams that are not part of my pie chart) 63% of my income. This year, that has more than halved, but that is not something I am particularly worried about: by the end of this year it will still be my biggest stream of income, and this year I have been freelancing less because I have less time to do it, both because of my political job and because of other, totally worth it projects I have been working on.

Firstly, I think brands are really learning the value of finding the right blogger or influencer to create branded content for their audiences, with the aim of the post being product promotion, rather than to push the brand up the Google search rankings. Second, I think as I am now into my 7th year of blogging, my site and my audience are well established, which has made commissioning a sponsored post on Rachel Phipps more attractive.

It has been a funny year for Pinterest monetization. Last February, when I had really refined the art of making money from my Pinterest page (using a mixture of independently sold sponsored pins and boards, affiliate links, and projects with my Pinterest agency HelloSociety) Pinterest shut off all affiliate links, so revenue flatlined. However, they’re now back, and I have actually been working with Pinterest on trying to educate brands on engaging with influencers on the site.

While according to my pie chart it looks like I’ve made more this year from Pinterest than I did last year, but actually I’m not quite there in hard cash terms yet. Pinterest is something we’re all going to have to learn all over again, but we’ll get there. Watch this space in the latter half of this year as I’m hoping to put together my own education piece on how exactly bloggers can make money from their Pinterest pages, an how they can best work with brands on the platform.

Now, I’m going to call it and declare the death of the sidebar blog ad. I know it does not look like much has changed (I’ve only made 2% less this year so far than in 2015), but I have recently made the decision to remove the blog ad spaces I was selling independently because they simply were no longer performing for my sponsors. Currently, now the only way for a sponsor to work with me directly on my blog website is via a sponsored post. Also, earlier this month Mode Media went under (leaving some of us with hundreds of pounds owed that I doubt we’ll ever be able to get back from the receivers) which has both removed my top right hand side sidebar ad, and therefore any sidebar advertising revenue (which I honestly don’t think I’ll miss in the grand scheme of things).

Affiliate Links have always been a tiny, passive form of income for me which I have never really been doing much on, even using rewardStyle, Skimlinks and Shopstyle. However, as my time is taken more away from blogging these days, it is an area I am going to try and focus on a bit more in the coming months, so hopefully we may see a bit of growth in 2017. Over the past few weeks I’ve signed up to Amazon Affiliates, so we’ll see how that goes.

Anyone who has studied this pie chart for more than a moment will notice that I have made more this year from the big purple ‘Projects’ wedge than from anything else. Well, you’ll be hearing more about this in the coming months, and while I’m not quite ready to share some of what I have been working on with you all just yet, I felt I had to include this figure, as otherwise leaving out my largest source of income this year so far would make everything else I’ve shared with you a bit skewed. Sorry i’m being a bit cryptic!

So, there we are! Pinterest and sponsored posts are back, and sidebar advertising is dead. And full time, or couple of days a week bloggers will still never make enough money to live off unless they keep a blog-related side hustle going too. I hope you’ve managed to take something away from this post, and you can read my posts from 2013, 2014 and 2015 here. Oh, and new this week on Sunday I’m launching my new monthly newsletter. Make sure you don’t miss out on seasonal recipes, delicious links and my mini cookbook reviews by signing up here. 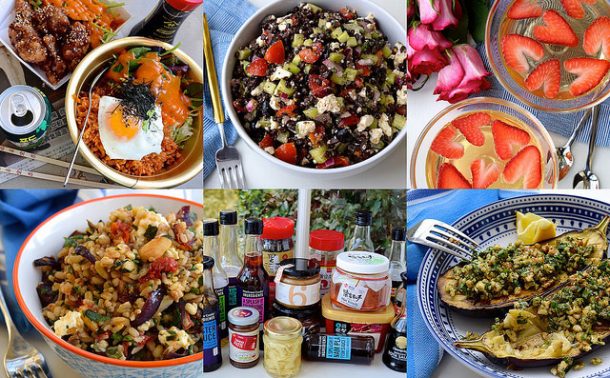 Blogging Retrospective: Looking Back on 2017 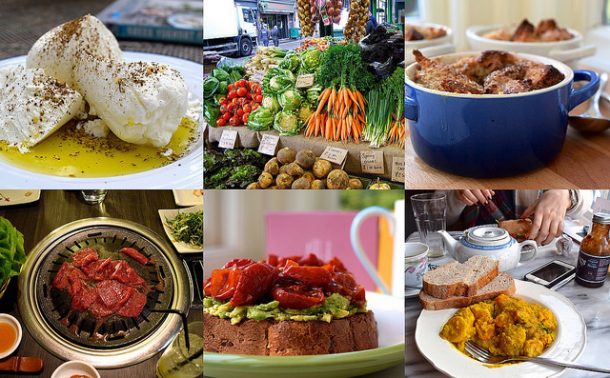 Blogging Retrospective: Looking Back On 2015