Sometimes there are experiences you have with food that excite you so much it totally changes the way you think about certain ingredients or a certain cuisine. A years long (and still ongoing) love affair with Korean food was born from my first Korean barbecue experience in Los Angeles’ Koreatown one afternoon during my study abroad year in 2012, and the other week I had the most exciting interactive meal since that in Chinatown (which can be hit and miss for restaurants): I was invited for my first ever Chinese hot pot. The concept is simple (and it was very well explained to us when we arrived at Hot Pot – thankfully one of the few restaurants in the area where you can book): you order one or two broths (each table gets a pot, but you can get a pot that holds two different broths, which is what I recommend so you get to try different things), and then you order things to dip in it. From veggies to meat to seafood, everything is cooked in the broth in front of you to your liking throughout the meal (cooking guides are included on each table). Your broth can be topped up for free (people come around checking if you need any more) or you can order noodles to add to the broth at the end once it becomes concentrated, rich, and even better in flavour from everything that has been cooked in it. It if fun, communal, and something I’m going to return to for date night. We ordered, then made sure that we had drinks and dips. I was slightly addicted to the wonderful Yuzu Sunrise cocktail, and while we could not really taste what made the Asian Mojito ‘Asian’, it was still a damn good mojito. Dip wise, at the back of the restaurant there is a sauce station you can visit as many times as you want to build your own dips for cooked meats, fish and veggies, or to add to your broths as extra boosters. They have combination suggestions up there, but I’d recommend what I went with if your want to try a bit of everything (what I’d usually sauce a bowl of noodles with for a last minute meal: toasted sesame oil and seeds, fresh coriander, soy, fresh chopped garlic and house chilli sauce). We went for two broths: Tom Yum and the mushroom broth. Hot Pot is traditionally supposed to be spicy, and while we knew we could not manage the super hot, Tom Yum would be a happy medium. The mushroom was supposed to temper things. We really loved the Tom Yum, and I’d say make this one of your broths if you like a bit of heat but you can’t do super spicy. The mushroom was lovely but nowhere near as exciting. I think you do need a broth without chillies to temper things, though, so order one to suit the things you’ve ordered. You can get everything from steak to scallops as individual dishes, but we figured we’d get the best selection (and value) by getting a couple of selection platters: one veggie one and the mixed seafood for two. This was an awful lot of food, but we practically made it to the end, so I’d say go hungry so you can order as much as possible! Our veggie basket contained different types of Chinese cabbage, bay pak choi, lotus root, corn on the cob, carrots and several different varieties of oriental mushroom. Everything was lovely and I’d recommend it going forward, but if I were to pick a few, don’t miss out on the corn on the cob (it takes a while to cook, but the flavour is fantastic and the flavour from the tom yum really gets in the cracks and crevices corn), the pak choi as it cooks wonderfully and is the perfect size to pick up with chopsticks, and the mushrooms, which are wonderful little flavour sponges: honestly don’t miss out on any mushrooms here, you can get just a mushroom selection platter to go alongside your other items.

While I would have liked to try some meat the seafood platter was fantastic: scallops, salmon, razor clams, mussels, prawns and squid, all served up beautifully on ice. The stand outs here were the prawns and the squid, the former which took on the flavour of the spice and beautifully brothy heads if you’re into that sort of thing, and the squid while hard to tackle, was so sweet and flavourful. My only misses here were the salmon, while lovely, did not really taste of either broth, and the mussels, which had a tendency to overcook because they were pre-cooked.

Our meal at Hot Pot was a truly fantastic experience, and one I can’t wait to get down to a tee – I will be going again soon, and I rarely repeat restaurants! If you’re in London or you’ll be in the city soon do go along, if not, I still urge you to seek out your nearest hot pot experience possible! 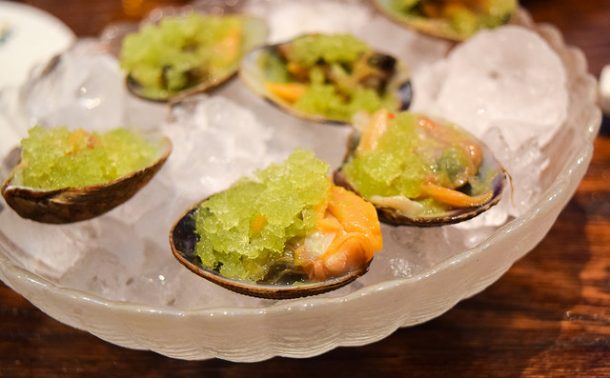 Eating Out Places To Eat In London: XU, Chinatown 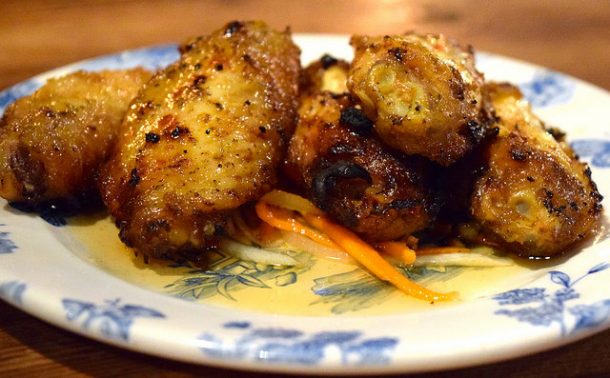 Eating Out Places To Eat In London: Vietfood, Chinatown 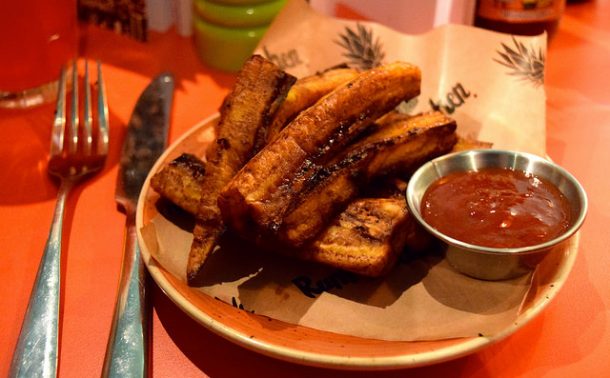