How To Spend A Day in The Lot, South West France

Every time I visit or re-visit a region of France I’m struck how vast it is and how much there is to see and do in each region or department; from the sunny South to the striking shores of the North, it is such a varied and exciting country to visit. I’ve found that the best way to plan a day out exploring in France is to focus in on something you really want to do in the morning, and something for the afternoon, also leaving you time to go out somewhere nice for dinner, or relax at your hotel or rental. On my recent trip to the Dordogne Valley we jumped around between three different departments: the Dordogne, Correze and the Lot, where today I thought I’d share some of my ‘things to do’ recommendations so you can get the most out of your trip! After waking up to a simply fantastic breakfast at Manoir de Malagorse, we hopped in the car and headed over to a site I’d visited once before, and could not wait to show my family; the UNESCO World Heritage site of Rocamadour, a historic town build on the edge of a cliff in the middle of the Dordogne Valley, with a famous sanctuary and Catholic pilgrimage site perched at the top. Now, there are two ways to visit; last time I was there we parked at the bottom of the old town (stopping on the drive down to take in the view), before climbing up the historic steps (pilgrims traditionally scale all 216 stone steps of the Grand Escalier on their knees!) to the sanctuary above. Or, you can park above the sanctuary and the castle, walk down the sanctuary route, taking in the views and the beautiful gardens to reach the sanctuary, but then you’ll have to walk back up again afterwards! However, if you’re up for it, and if it is a beautiful day, the latter I think is the best way to visit. Parking is free, and the only thing you’ll possibly need to pay for (except for the public toilets) is to walk around the castle ramparts. However, I don’t think it is worth the 3€ (which you need exact change for!) per person for the view, when you get to see it on the way down anyway! Take a sturdy pair of walking shoes regardless of which route you decide to take, and try to get up early for your visit. You don’t want to be too early most of the year as mist sits in the valley and it will obscure your view, but if you start exploring their site around 10am, you’ll be climbing back up and leaving by the time most of the tourist buses start their decent! I go a bit more about the history of the site in my 2016 post, and there is actually a great historical and religious overview on Wikipidia! In the Lot we visited two different networks of caves (there are some of the best in Europe along the Dordogne river), the first of which was at Padirac. Basically, you get to go down a giant sink hole, walk through some caves, get on a boat to travel along an underground river, to see some more amazing underground lakes and caves. And it is really, really cool. This was the more commercial of the two caves we visited on our trip (more about that in a moment), but I liked it for it as we also got to learn a bit about how caves are formed in the region; they do a great, free audio guide as you walk around the caves in perfect English. We decided to visit at the last minute, queued up for tickets and had an hour and three quarters to kill before our departure. We needed to eat lunch so got sandwiches at one of the nearby cafes, but if you’re building a visit into your trip you can book your tickets in advance online so you don’t have to wait around. You can take your camera with you but photos are not allowed in some of the best bits, so if you don’t want the extra weight with you leave it in the car (again, more free parking); I took the below photos on my iPhone! Aside from how well put together everything at Padirac is (you’ll learn when you visit that it was actually opened up to tourists very early on so people could travel and see the great underground wonders; initially it was not just an attraction to see the underground lakes, river, stalactites and stalagmites, but to see the modern wonder that was electricity too, as it was still a novelty, and fantastic to see underground at the time!) I think you’ll be struck by the sheer courage and bravery of the explorers who first discovered the caves. In 1889, a professional cave explorer (I love that this used to be a thing!) Édouard-Alfred Martel basically decided to lower himself down a massive sink hole on a couple of ropes to see what was down there. Clambering into cracks and crevices without any modern exploration lighting or safety equipment, it must have been terrifying, but also wondrous as what little light he and his friends did have lit up caverns of such majestic, undiscovered natural beauty. I could not have done it.

The caves at Cougnac are a lesser known attraction, and while Padirac has been catering to visitors for decades, Cougnac has been kept purposely small. But, if you’re in the region off season and you don’t mind that you may have to divert to a local chateaux or another cave network on the day if you can’t get a ticket, if you make it in I promise you it will be one of the most magical experiences of your life. Check the seasonal opening hours on their website; I would recommend arriving in time for the start of the morning or afternoon opening times, I think the people looking after the caves just decided to take a group around when they have enough people turn up. We waited for about 20 minutes for our group to set off. They only let 25 people visit in each group, and it can get very busy during the summer. However, in May we just turned up. TripAdvisor (I hate using the site and take real issue for how they treat restaurants, but sometimes it is useful for researching trips where there is next to no English language information about something online) told me that sometimes with a lot of English people in the group they do tours in both languages. However, ours was all in French and translating for my parents stretched my language skills pretty much as far as they went, but I managed! In all honestly, it is still worth the trip if you won’t understand a word. I took these photos on my DSLR in the first cave we were taken into, which was pretty awesome in itself, and which is the only part of the tour you can take photos. What is amazing about Cougnac is because they take relatively few people around, but can really get up close to the formations; you’re walking among them, ducking to mind your head, squeezing between columns. You’re so close you could touch them, though it is frowned on in the name of preservation. However, it is the second cave you’ve come to see, which is a short, above ground walk through the woods away. It was originally discovered when the owners of the chateau the entrance is right by were building their wine cellar.

Now, in my mind the best caves I’d ever seen were the famous Grottes des Canalettes near Villefranche which I visited several times as a child. They’re simply majestic, but our visit to Cougnac was so much more intimate. The formations are like nothing you’ll ever have seen; it is a breathtaking visit. At the end, before you find your own way out of the caves and back out into the sunshine, painted across the back walls are some of the best preserved pre-historic paintings I’ve ever seen. It is quite something, standing there in jeans and trainers, looking on the drawings of early man. If you’re travelling in France, try to visit. Words just don’t do it justice.

There of course are so many more amazing things to see and do in the Lot, and as I explored the part that was bordering Correze and the Dordogne, it is so easy with a car to explore the things that take your fancy in all of these departments. Next, if I can being myself to edit the photos we’ll be returning to one of the best places I’ve ever eaten, Chateau de la Treyne for dinner. In the meantime, you can check out the posts from the rest of my adventures in the Dordogne Valley here, and explore my posts all around France (well, at least the bits I’ve been lucky enough to explore so far!) here. 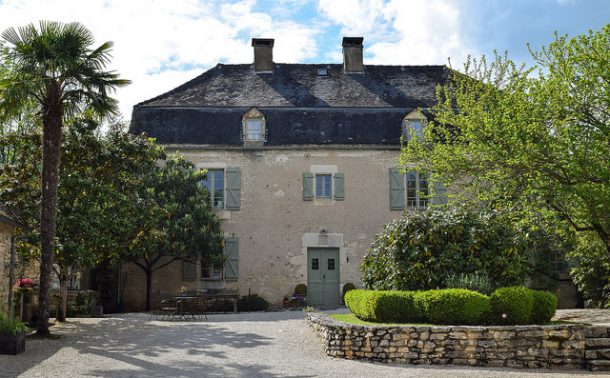 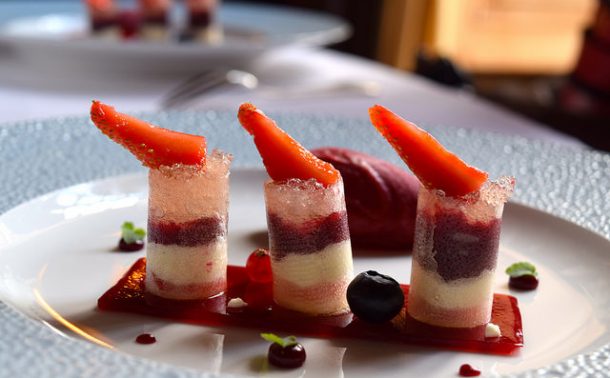 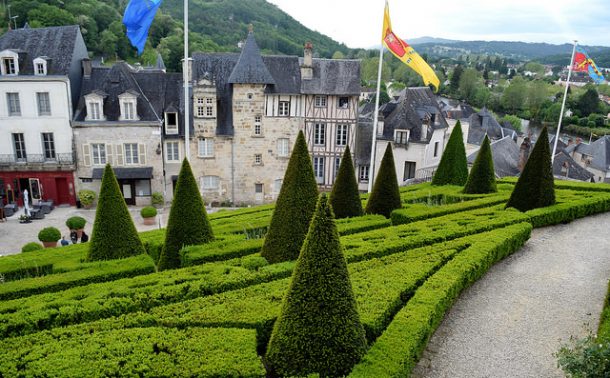 France Arriving, Eating, and Exploring in the Dordogne Valley