These Are The Books I Have Been Reading (and loving!) Recently 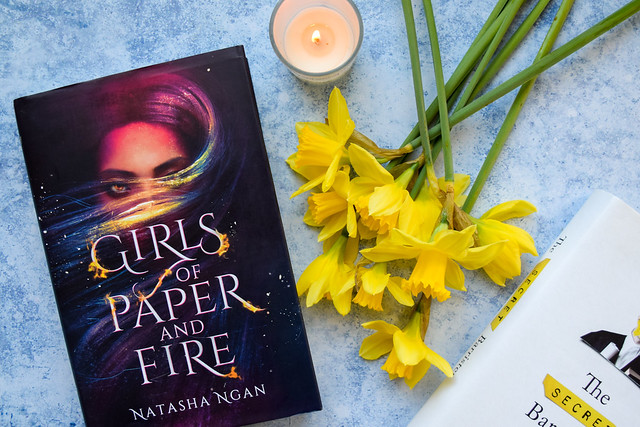 When I was a kid, I used to read a book a day, to the point where both the library would let me pick from all the new arrivals before they were put on the shelves, and teachers would keep telling me off for walking down stairs with my nose in a book (okay, so looking back they were only looking out for my safety!) And yes, I was that cool kid who was a student librarian. I stopped reading fiction for a long time (I blame the enforced book list on my English Literature degree!) but recently I’ve really got back into curling up with a good book on Sunday afternoons and every night before bed. Here are some of the really great reads I’ve enjoyed recently:

Full disclosure: a very good friend of mine wrote this, but this does not in any way colour the fact that Girls of Paper and Fire is one of the best books I’ve read recently, and I think Natasha’s best book yet. Don’t let the fact it is from the young adult section put your off, everyone grown up I know who has read it has loved it, it is full of a mysterious new world, concubines (including our reluctant hero) who serve a daemon king and a rising resistance against the established order. The beautiful world Natasha has build is inspired by her Malaysian heritage, so it will bring something totally new and exciting to you if you enjoyed Memoirs of a Geisha or Across The Nightingale Floor. Oh, and I want to eat all the food in the book. Natasha and I both have a thing about delicious food in novels! She’s editing book 2 right now, so don’t panic about the massive cliffhanger at the end!

I’d had this book on my iPad for ages before I actually started reading, and I think I beasted through it in just a day or two. This is the book for you if you believe in feminism, but lots of modern feminists irritate you with platitudes and men hating mantras (or is this just me?) when all you really want to be hearing about is the honest truth, backed up with actual real facts, statistics, and anecdotes that actually come from a place of experience rather then convenient narrative. Jess Phillips is the Labour MP for Birmingham Yardley, and as much as in her politics in this book she is plain speaking in saying exactly what she thinks or feels, regardless of what people may say or think. The book gives both an important insight to her previous live working at a woman’s shelter charity, and as a female MP, more in the collective public eye than most. This book taught me two important things: that we need to remember that we are usually more similar than different than the people who exist on the opposite side of the political spectrum than us, and that you always need good facts to back up an argument, while I have not changed my view on them, I had to have a total re-think as to why I’m against all women shortlists for Parliamentary seats as the numbers in the book prove that it simply does not lead to less qualified candidates.

The Witch of Willow Hall by Hester Fox

One for you if you love grown up, period ghost stories, one of those books that I did not just save for reading before bed, but one where I carved out space in my afternoons to sit in front of the fire with it in my parents living room. A family move into a mysterious summer house, Willow Hall, fleeing scandal in Boston, and two of the sisters – descended from one of the witches caught up in the Salem witch trials – start to see ghosts. There is intrigue, mystery and tragedy, as well as romance and a traditional, all guns blazing gentleman’s duel. I think the best part of it, aside from the brilliant writing is that it is a ghost story that contains the sort of magic that does not require you to suspend your disbelieve to truly believe. I’ve already got her next book, The Widow of Pale Harbour, on my wish list, even though it does not come out until September!

I think everyone living in Britain needs to read this book. Yes it will depress you and it will make you kind of frightened about the state of our country’s criminal justice system and about the chance that you may accidentally get caught up in it as the victim, the accused or even just as a witness. For those of you not familiar, The Secret Barrister is an anonymous criminal barrister who writes, blogs and tweets the honest truth about utter failings in our criminal justice system, about why it really is not fit for purpose, and about why no one is going to be doing anything about it any time soon. The book follows the rough structure of a court case, from inception to appeal and imprisonment, and is stuffed full of both laugh out loud funny and sobering anecdotes along the way.

Garden of Thorns by Amber Mitchell

I had a false start starting this over Christmas before losing interest during the festivities, and I am so, so glad I picked it back up again in the new year. We’re taken from a traveling circus show called the garden where enslaved women are forced to dance and perform, and who, as they must be kept beautiful, have a wilted, another girl who takes their punishments and beatings for them behind the scenes, to the secret underground base against the resistance which glows with a mysterious mineral and where Rose – our hero – finds a bit of love (and loss) along the way. There is a second book – War of the Wilted – already available, and the final part of the trilogy, Roots of Ruin is coming later this year!

The Queen’s Rising by Rebecca Ross

Notice a theme in the young adult books I like to read?? This book too ends in an uprising against the established order and a romance that has blossomed in unlikely circumstances, but it is the beginning I love the most. Brienna is studying to become a passion, a master of music, art, theatre, wit or knowledge, but as she comes closer to her graduation – still in fear that she won’t be ready and will fail to become ‘impassioned’ her world starts to unravel as she starts to discover secrets about her own past, and about those around her that will change the course of both her life and history. If you’re working down this list and you loved Girls of Paper and Fire and Garden of Thorns, you’ll love this! The second book in the trilogy, The Queen’s Resistance is out tomorrow!

A Discovery of Witches by Deborah Harkness

It is what the Sky drama was based on if anyone watched it, but the All Souls Trilogy, starting with A Discovery of Witches are even better – I read all three back to back at speed, followed by Time’s Convert, the fourth companion book by Deborah Harkness and I’m getting them again with my Audible credits so I can listen to the books over again in the kitchen. Imagine a world of academics against the beautiful backdrop of Oxford, mysterious books that vanish from the Bodleian library, ancient orders of chivalric knights and beautiful French chateaux, where witches, daemons and vampires are actually living among us, hidden in plain site with their own rules, traditions and political structures. There is romance (always), danger and politics, and when you reach the second book, time travel to one of my favourite periods in history. I honestly think this is my favourite series since Harry Potter.

The Black Witch by Laurie Forest

I’ve just finished reading The Black Witch, and I’ve got the second book in the series, The Iron Flower, ready to go. While it ticks all my young adult fantasy fiction boxes; romance, adventure, a world order that must be overturned, the reason I read the final 3/4 of the book in one go on Sunday night was the characters. Somehow, while creating races of people so unlike our own your imagination needs to work hard to capture them, Laurie Frost has somehow managed to create bright, vivid people with complicated relationships that you just want to see succeed. Look out for Diana, who starts off a bit aloof and annoying, but once you get to know her turns into one of my favourite literary characters in ages! 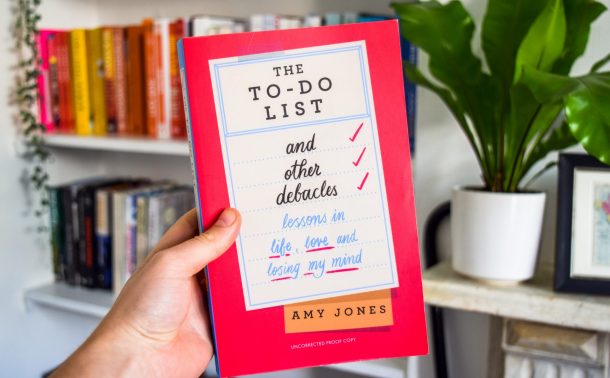 Lifestyle Every Brilliant Book I Read This Summer 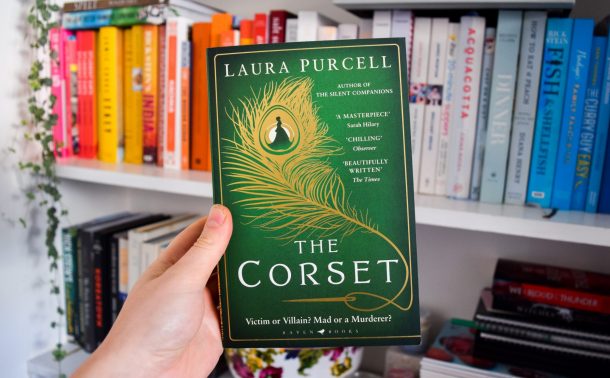 Lifestyle Every Brilliant Book I Read This Autumn