Places To Eat In East Sussex: The Standard Inn, Rye

Since moving to the bit of Kent that is on the county border, we’ve started occasionally popping into East Sussex for meals, and this weekend I discovered an utter gem of a pub in Rye I simply need to tell you all about for the next time you’re wandering around that picturesque town, The Standard Inn.

Hidden down the twisty, pretty bit at the end of the high street flanked by equally as old and beautiful buildings it’s cosy interior offers both a busy bar and fantastic food, the sort of good, solid, well cooked pub grub with local ingredients cooked simply and classically, a lovely alternative to all my favourite Kent food pubs that are becoming more and more chef driven by the day (which I love, but I do sometimes still miss this type of pub to spend an afternoon in!)

The menu is one of those where I’d happily eat literally everything on it. We were too full after our roasts for puddings, so I’ll have to go back for those, but also to have some of the local fish (when storm winds meant boats had not been out for days shellfish was the only viable seafood option) and to order just a mezze-style selection from their starter menu. I have a feeling The Standard Inn will soon become one of our regular haunts!

Our starters were exceptional. J had the Korean Wings served with a cooling yogurt dip, which were so plentiful (an absolute bargain at £6) I helped him finish them. Good tender chicken with incredibly crisp skin in a delicious glaze that was not too sweet, but also not too spicy. Depressingly so much tastier than my recipe for them. Literally our only complaint is they came blisteringly hot – we also loved the touch of the much needed finger bowl brought to the table for cleanup afterwards!

When I was googling around where to eat (because I don’t really know Rye at all and our restaurant discovery there has been quite random – do feel free to leave your recommendations in the comments!) I learned that the herb butter scallops here the ‘thing’ to have at The Standard Inn, never off the menu no matter how much it changed. And it turns out that is for a reason – beautifully preserved the scallops were sweet, plump and perfectly cooked, served in a deliciously balanced butter which had a pleasant and unusual hint of mint. I don’t think I’ll ever not be ordering these.

As I mentioned, what we really wanted was a Sunday roast (there is still roast beef and a massive chicken in the freezer, but we don’t have a working oven at the moment!) so we ordered the two options off the specials board, the traditional rib of beef for me, and local (as was the beef, the farmer is named on the menu) Romney Marsh lamb chops done as a roast for J. The rib of beef was exceptional, an end piece and a middle piece generously sliced with good roast potatoes, perfect Yorkshire puddings, good gravy and perfectly cooker veg, but J’s lamb was the stroke of genius, taking the most enjoyable cut of lamb not usually served with a roast, cooked exceptionally with a stunning flavour.

These were killer roasts, our only issue being that we could have done with steak knives to tackle the lamb, and that the portions were so plentiful and generous (J triumphed – impressive as he also had what he called the perfect cauliflower cheese – but I ended up leaving a little of my buttered cabbage and carrot swede mash) our food was cold by the time we’d managed to reach the end of our mountains.

The Standard Inn is an absolute local gem – they don’t take reservations so be sure to check their opening hours and get there the moment they open, as we did, as the dining room filled up fast! 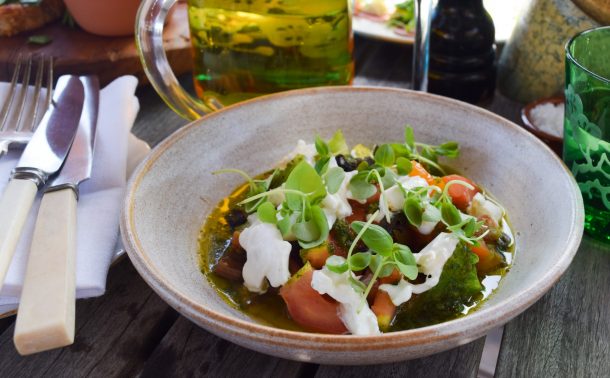 Eating Out Places To Eat In Kent: The Beacon, Tunbridge Wells 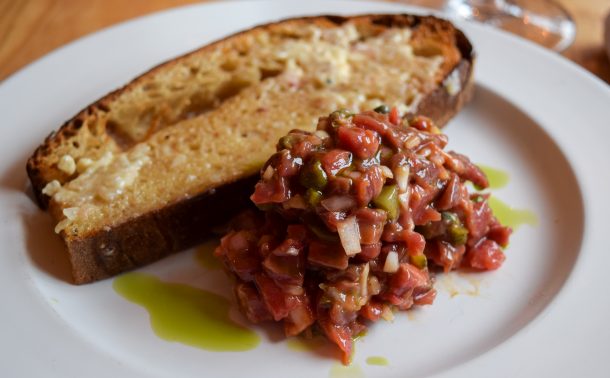 Eating Out Places To Eat In Bristol: Little French 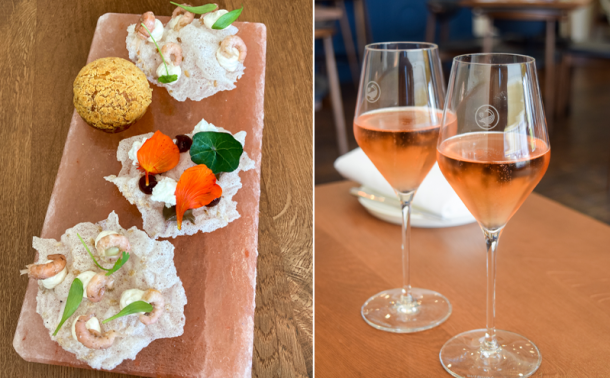 Eating Out Places To Eat In Kent: Hide & Fox, Saltwood