I am really homesick for Los Angeles right now. I know this may seem strange. I am British. I live in England and France. I’ve been back to the countryside and to France this Summer, and now I’m back in my favourite city in the entire world; London. ‘Home’ is just a train ride away. ‘Homesick’ seems like a strange statement for how badly I’ve been craving the sunshine of the Golden State, Santa Monica Beach, West Hollywood and my old Westside apartment, but it is true. In 8 years at boarding school, and while I was living out in LA I never got homesick, once. True, there were some things that annoyed me about living in America and I did miss home, but I never felt that nagging feeling of missing a place I felt so totally comfortable in. But actually, I’ve started describing Los Angeles as my second city, because it is true. I’m not the same person I was when, all by myself I got on that flight from heathrow to LAX and was met at the other end by the complete strangers I was going to be living with, and I know that LA is somewhere I’m never going to be able to quite let go of. I’ve already got some pretty exciting adventures booked for the Summer of 2014 once I graduate university and join the adult world for good, but I feel after that my first stop has to be Los Angeles to visit all my favourite friends, haunts and places I had yet to discover. However, as I have been missing my sunny second city so much recently, I thought it might be a good time to share some snaps from my first every trip to what was going to become one of my favourite weekend haunts; Venice Beach that I took last September when I was still getting to know the city, and more importantly its public transportation system! I took them directly after I reviewed Local 1205, and they have been waiting on my computer since. I’m even missing my UCLA classes and campus now I’ve started back at uni, and  sometimes I snuggle up in my UCLA hoodie lost in nostalgia. Go Bruins! Please tell me that it is not a bad thing that the way I’m getting over how much I miss Los Angeles right now is that I’m already getting excited about Christmas in London? When I was younger I used to be a total scrooge about anything Christmas related before December 1st, but because this year I’ve already had to start working on my Christmas content for the blog, and I’m back in London where the Christmas stores have opened in all the department stores, I’m getting all excited about decorating the tree at home, overindulgent food and steaming hot cups of mulled wine on Brick Lane. I might even be persuaded out onto the ice at Somerset House. 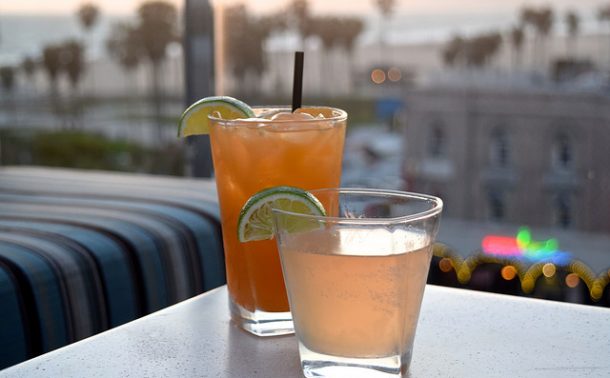