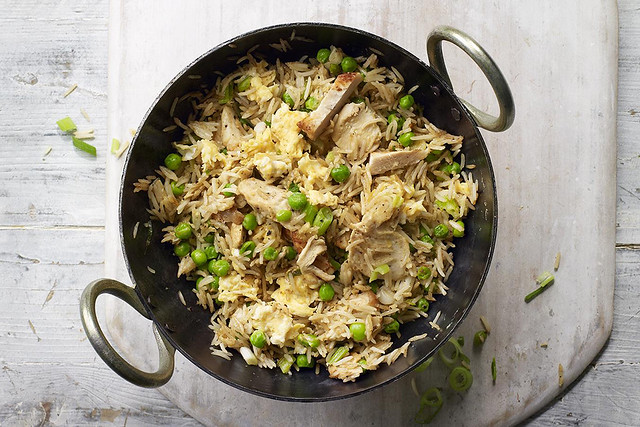 As a student, my attempts at making fried rice tended to go pretty badly, so I abandoned the idea. However, when I was brainstorming recipes for Student Eats I made a list of the recipes that you kind of had to include in a student cookbook; that is how there is my Mum’s recipe for Welsh Rarebit in there, because even though I can’t really eat cheese on toast myself, I thought I would not be amiss in not including one. This is how I came to be sitting on my parents living room floor one rainy afternoon surrounded by most of my fathers pretty expansive cookery library on Asian cooking, trying to suss out the easiest, very best way to make egg fried rice at home.

From this research I developed three key ‘hacks’ for always getting perfect, Chinese-style egg fried rice at home, all of which exist in this simple recipe for Chicken Egg Fried Rice I produced for BBC Food. First, is that toasted sesame oil is the key to that ‘authentic’ (?) Chinese takeaway flavour. Add a dash at the end, just enough to flavour the rice but not enough to make it too oily in a way you just can’t get away with at home, and your rice will automatically taste more like you think it should.

Next, forget what most recipes tell you about cooking the eggs. It takes a lot more skill to crack eggs directly into the rice and cook them that way than it does to just simply cook the egg at the start and add it in later. Going back to the Chinese takeaway inspiration, it is what they do there anyway. Finally, while you will find a lot of my recipes that do get you too cook rice especially because who does have leftover rice hanging around to make the perfectly textured rice, when I was making the egg fried rice from Student Eats live on stage at a food festival the summer the book came out I was presented a pouch of microwave rice to work with. God it was perfect, so that is my third tip for perfect egg fried rice: to assimilate leftovers, just buy a pouch and wok it instead.

For the recipe, head over to BBC Food. Photo by Kate Whitaker. 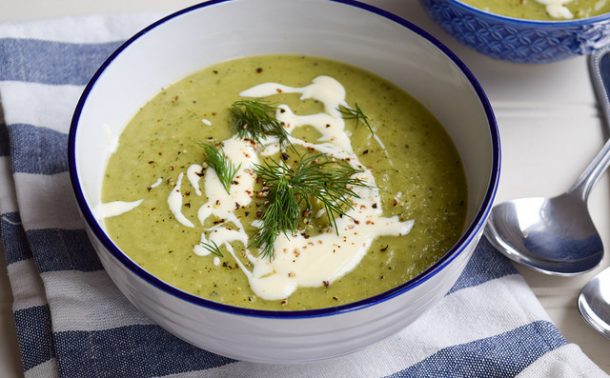 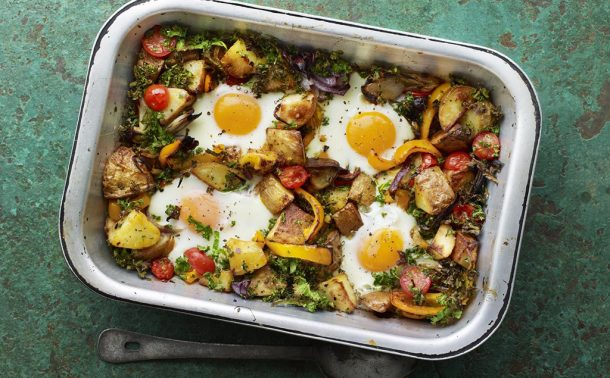