Student Suppers: That One Pot Pasta With Buffalo Mozzarella

You know that one pot pasta recipe from Martha Stewart which has basically done the rounds of practically every food blog on the internet? Yes, that one. I had not tried it yet, but when my parents went out for the evening and I was able to cook just for myself for once (while I love cooking for others, it was lovely to think about just cooking for myself and what I wanted or fancied for the first time in months), and because I knew I had all the ingredients to hand I thought I’d have a go at cutting the recipe down from serves two to serves one (the original is serves four I think, but I was working from Rose’s version). I also switched out the parmesan which I don’t like for the leftover half a ball of mozzarella in the fridge. I found it made a delicious and filling dinner, which was so quick and easy I just know it is going to become part of my food rotation when I move into my new London place in a few weeks time. For now though as Summer is coming to the end, an outdoor supper for one out on the patio with bright Summertime place mats (these were from John Lewis eons ago, because people have been asking me when they’ve spied them in earlier posts) with a big glass of ice cold white wine and Pretty Little Liars on my laptop. As a Pretty Little Liars related side note, the Summer finale? There is no way that ____ is A. No way. A quick and delicious, all in one pasta supper with creamy buffalo mozzarella. 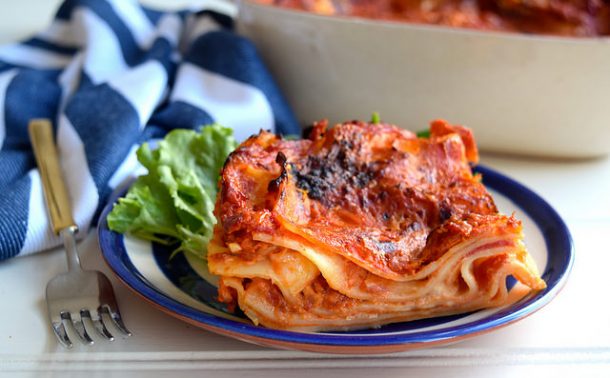 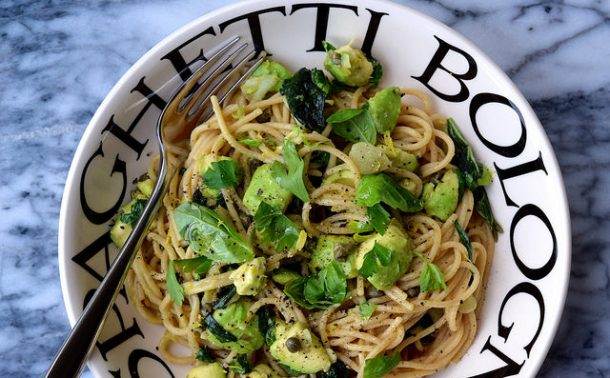