While I was school age, I only ever hosted two Halloween parties. The most recent, age 17 in my final year of school I can remember. We drunk an awful lot, we had Halloween themed cupcakes I’d made and a massive vat of Nigella Lawson’s simply divine Slime Soup. There was an incident involving a Spiderman costume, my friend Jeet and the roof of his car, and hilariously a photo of my friend Rachel, a school prefect passed out slumped across the hall table at my parents house, covered in fake blood and with lots of empty wine bottles at her feet that later made it back to our housemistress once we’d got back to school. I was much younger for my first Halloween party; I dressed as a witch and it was a much more sedate affair, mostly focused on the food. There are two dishes I hope to share with you I remember vividly from that party that became firm Halloween favourites, that originally came from a children’s book that has since been lost. This post is more of an idea than a recipe, but I think it is a really good one so I just had to share it. Buy the biggest oranges you can find (I’ve used Waitrose Jumbo Oranges here), scoop out the middles and keep the tops as you would a pumpkin and carve with a very small, very sharp knife, again as you would a pumpkin. Fill with brightly coloured, mashed up jelly and put the lids back on. Enjoy as a totally awesome Halloween dessert for kids or adults (vodka jelly anyone?) alike. Stay tuned tomorrow for another one of my favourite spooky treats! 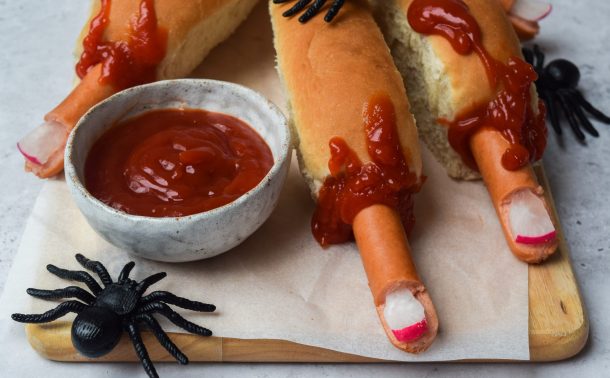 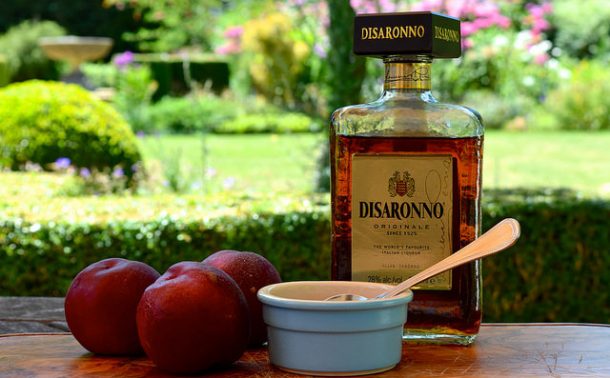