Recipe: How To Make Your Own Labneh with Olive Oil & Za’atar 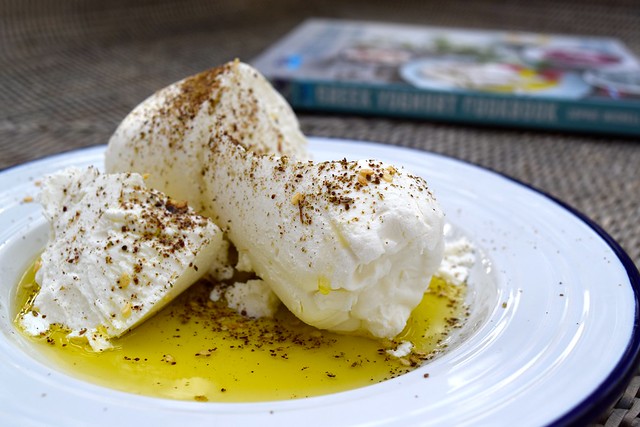 As I have several books on Middle Eastern cooking, I have several books telling me how to make labneh, a type of strained yogurt that tastes like slightly tangy cream cheese that is traditionally served in a puddle of olive oil, sometimes with spices. My most recent Middle Eastern cookbook acquisition, Honey & Co. instructs me to mix together plain yogurt, olive oil, lemon juice and salt, before straining in a nylon stocking. Jerusalem (the book that got us all properly re-obsessed in the first place with food from that part of the world) takes a far simpler (but equally as easy) approach: equal parts cows and sheep yogurt are mixed with salt and again suspended, in cheesecloth or a tea towel. All in all, what I have learnt is that as long as you mix whole, thick yogurt with a little sea salt, and strain it for a day in a cool place, you’ll get some sort of tangy cream cheese. 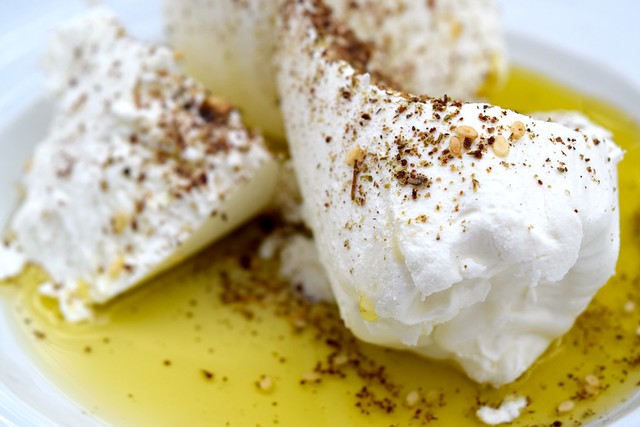 Moving away from the popular cookbooks of the past few years, actual labneh recipes are a little thin on the ground, but I have found a bit of justification for why I’m trying to push you towards a big ball of full fat yogurt in January, when most of us are in the middle of our annual healthy eating kick. 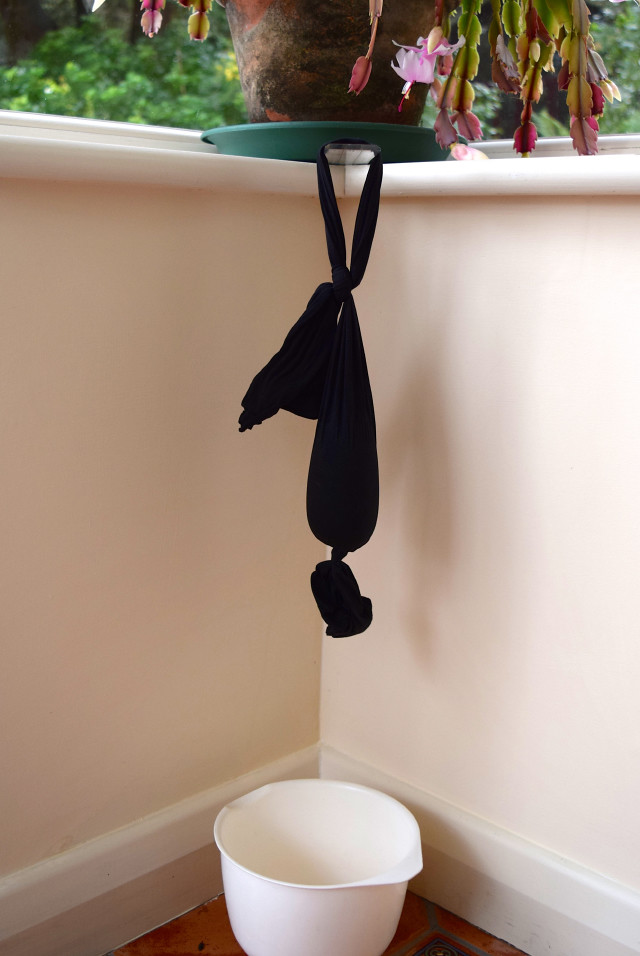 I’ll come back to Total Yogurt’s Greek Yogurt Cookbook in a moment, because it is expected to sing the praises of Greek yogurt, especially its own brand packed with far more calcium and protein, and less lactose than regular brands. All of this is true, but it was in A History Of Food by Maguelonne Toussaint-Samat did I find my favourite story relating to why eating a lot of yogurt is good for you (as well as the information that yogurt contains a lot of lactic acid, which is good for your digestive system because it destroys microbes that cause putrefaction (the opposite of digestion, really what you don’t want in your stomach!)

From A History Of Food by Maguelonne Toussaint-Samat, trans. Anthea Bell, 1992

Yogurt has been naturalized as part of the Western diet, particularly since the last war… However, it was known in France as early as 1542, when Francois I was suffering from what would now be diagnosed as severe depression. The doctors could do nothing for his listlessness and neurasthenia until the Ambassador to the Sublime Porte disclosed that there was a Jewish doctor in Constantinople who made a brew of fermented sheep’s milk of which people spoke in glowing terms… The King sent for the doctor, who refused to travel except for on foot; he walked through the whole of southen Europe, followed by his flock. When he finally arrived before Francois I, the latter’s apathy had given way to a certain impatience, but he still did not feel well. After several weeks of sheep’s milk yoghurt, the King was cured. The sheep, however, had not recovered from their long walk and caught cold in the air of Paris. Every last one of them died, and the doctor left again, refusing to stay despite the King’s offers. He went home, taking the secret of his brew with him. The healthy of Francois I continued to improve, which was the point of the exercise, and yoghurt was forgotten for nearly four centuries.

At the end of last year the team at Total sent me a copy of their new cookbook, written by Sophie Michell with a mix of her own recipes and revisits from some classics from the Total archives. As I naturally use a lot of their yogurt in my cooking (see my Moroccan Chicken Goujons with Yogurt and Mint Dip, and 5 Minute Skinny Smoked Mackerel Pâté), it has been a great inspiration book for me to flip through, and there are a fair few in there I want to try: a Taramasalata made with canned cod roe, some Yogurt, Banana and Vanilla Pancakes (I don’t drink milk, so not having it often in my fridge usually puts paid to weekend pancake breakfasts) and a delicious looking Honeycomb Semifreddo with Hot Brandy Bananas. 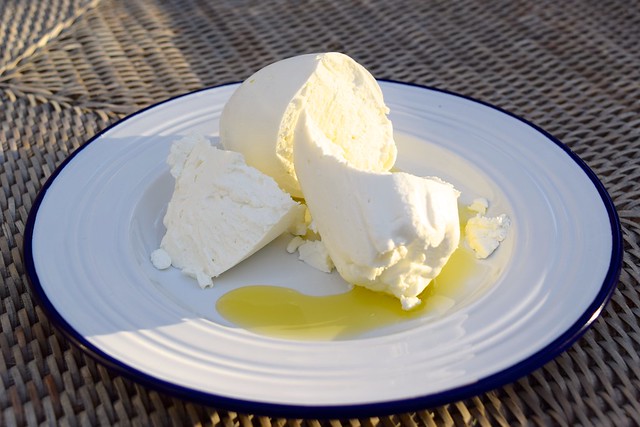 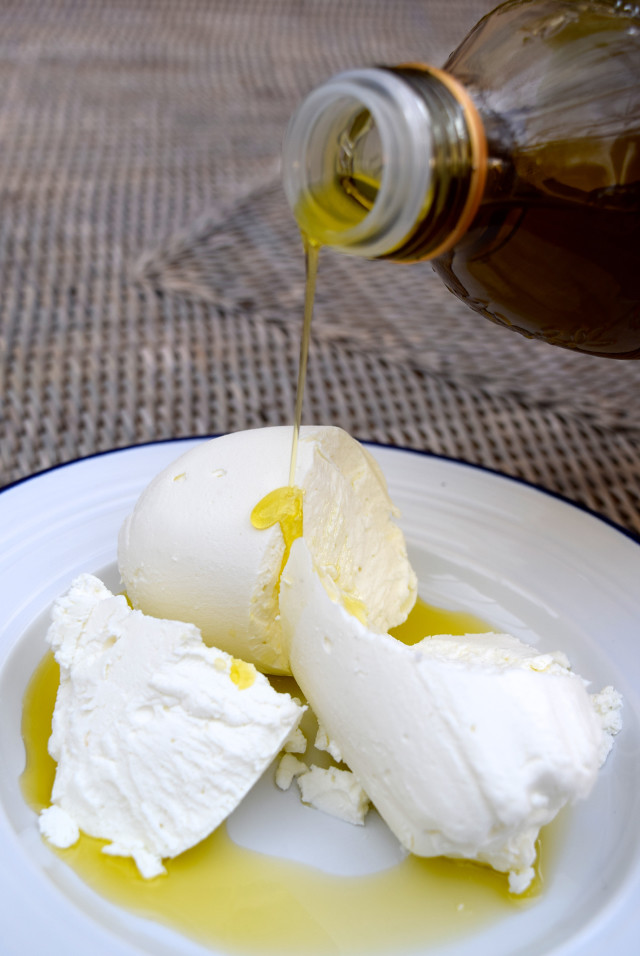 The books labneh calls for almost a whole tub of their full fat yogurt (while I usually use their 0% version, I’ve been enjoying the odd spoonful of leftover here and there) and a whole teaspoon of sea salt; far, far more than any other book has called for. However, I decided to try it and it turns out the combination makes the most wonderful breakfast or lunchtime cheese, suspended in the hole free leg of a clean pair of tights in the back porch (essentially a walk in fridge at this time of year) for 24 hours. 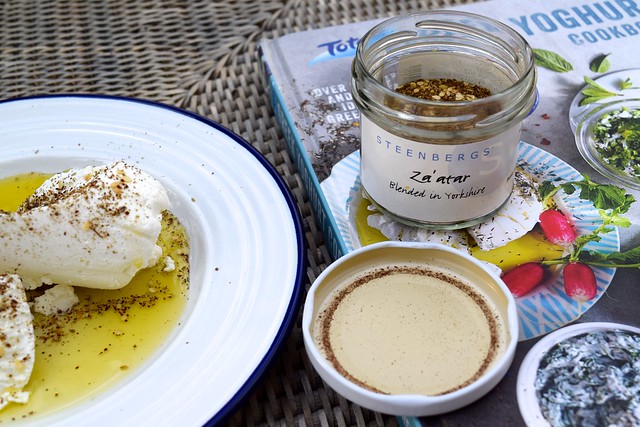 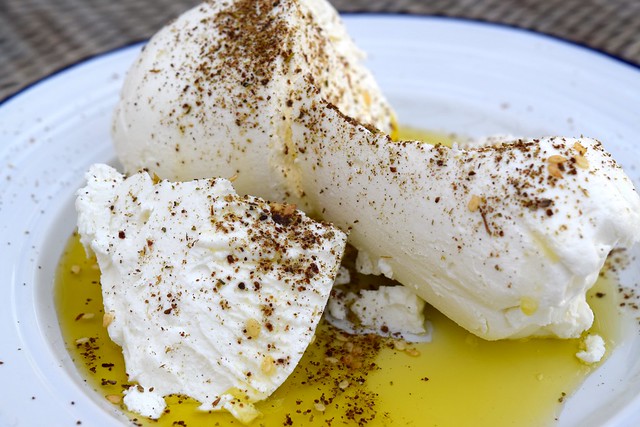 I’ve chosen to serve my cheese how the book (and Jerusalem) suggests, in a puddle of good extra virgin olive oil and sprinkled with za’atar, to be spread onto and mopped up with a good amount of whatever bread I have to hand. As for a few other ideas, other mezze items such as roasted peppers and overly ripe and juicy figs would go splendidly, as well as anything else you’d usually lay across a cream cheese tartine such as fresh tomatoes and cucumber. However, I’d suggest that you don’t pair your labneh with smoked salmon, I don’t think its saltiness would lend itself very well to the pairing.

Making your own cheese is really satisfying, and this easy recipe for labneh made from strained Greek yogurt is a great place to start! 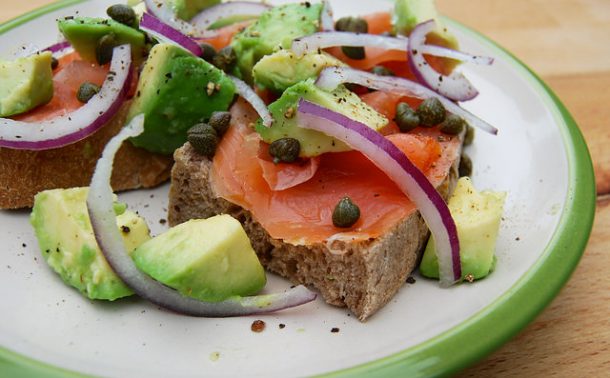 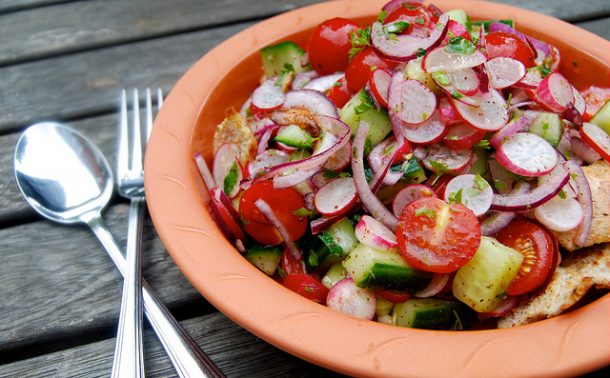 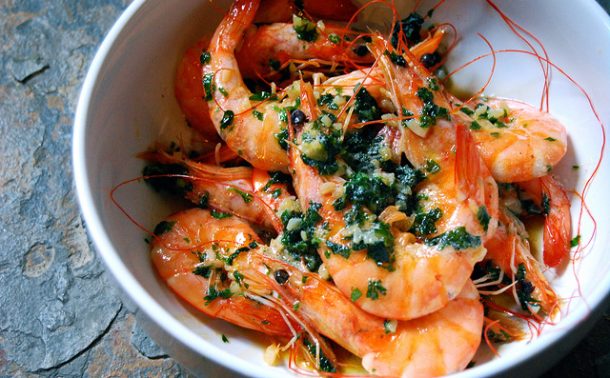