The rare rainy day we had on Sunday coincided with a day off from campaigning, so I headed back into the kitchen to recreate something from my Nordic trip over the Summer. ‘Surmelkslapper’, or ‘Lapper’ are a sort of Norwegian cross between an American and Scotch pancake, designed to be served with lashings of soured cream and strawberry jam (or a homemade compote!) as a sort of tea cake to be served with coffee. 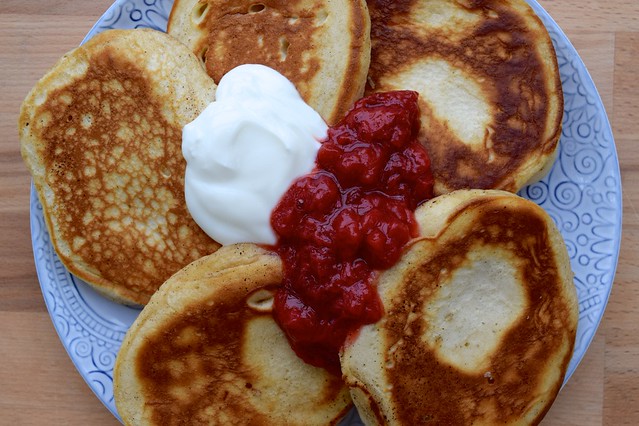 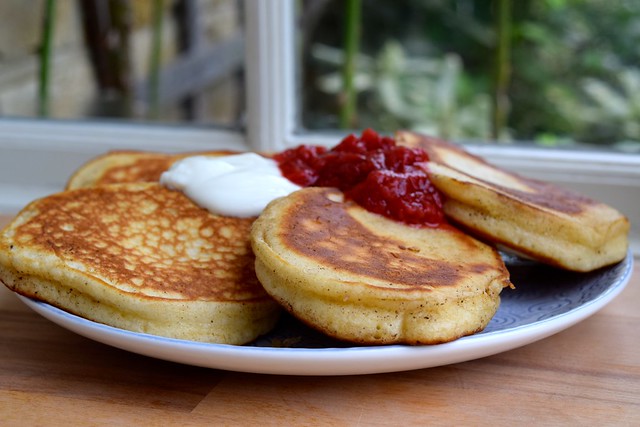 I love that they are so thick and fluffy. The batter is more like a cake batter than usual pancakes (they’re more egg heavy than you’d think), but you cook them in just the same way in a frying pan with a little bit of melted unsalted butter. You get these Lapper so thick and fluffy by mixing half of the buttermilk in the mix with the bicarbonate of soda until it becomes frothy like whipped egg whites before adding it into the batter. Speaking of buttermilk, to make things a lot easier for my British readers, I’ve made this recipe so that it perfectly uses one of those awkwardly measured 284ml tubs of buttermilk which is just about the only type of buttermilk you can buy in a British supermarket. For my American readers, if you’re not going to make biscuits with the leftovers from the big carton of buttermilk you would have got at the grocery store for this recipe, why not make my Skinny Buttermilk Ranch Dressing for a Spring salad? 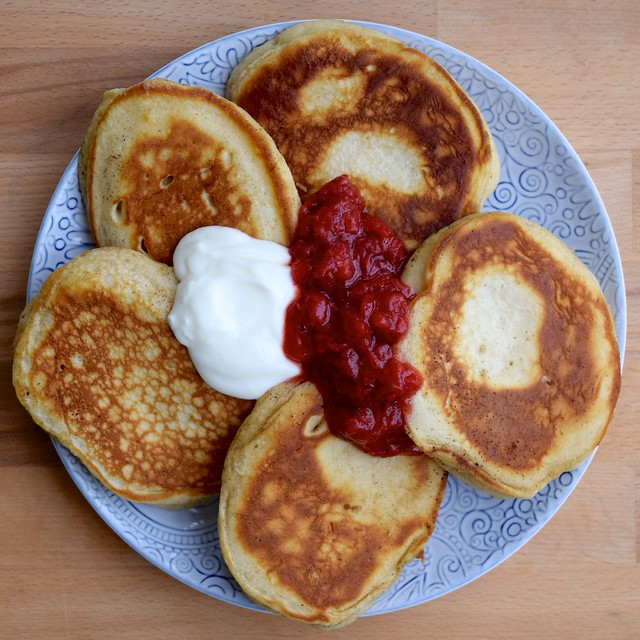 Also, a little note on the accompaniments. As well as served with the traditional jam and soured cream combo, I ate these Lapper in Norway with a generous dusting of cinnamon sugar. Perhaps not too good for your teeth, but addictively more-ish! While in Norway they have the most fantastic strawberry jams made with tiny sweet native strawberries, and good quality domestic jams are also great with these Lapper (I like Bonne Maman), I wanted to go even more homemade. As a result, i’ve discovered that a quick strawberry compote made by cooking down strawberries with a bit of sugar works splendidly. The final addition of soured cream is authentically Scandi, but I’ve found that English (not the thicker French) crème fraîche tastes wonderfully like Nordic soured cream, more so than the more savoury version you can usually buy in English or American supermarkets. Sometimes you need to change things up a little in order to evoke flavours from afar! 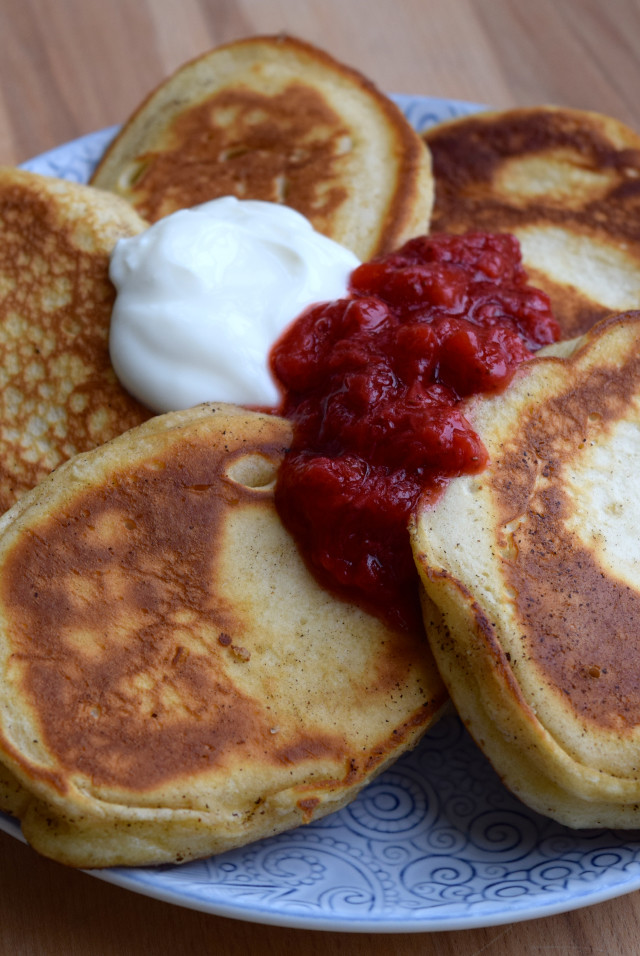 A final note on these Lapper, is they keep. If you want to make a batch for breakfast (this recipe makes 10-12 hotcakes) they’ll still be nice, fluffy and tender if you’d want to eat some of the batch as an afternoon snack. I’d call that a win! Anyway, for the recipe for these Surmelkslapper, head over to Great British Chefs.

Do you ever come home from holiday and then head into the kitchen in an attempt to recreate the flavours from your time away? Keep an eye out, as again over at Great British Chefs I’m going to be attempting to recreate another dish from my Norway trip next month. Also, is there any dish in particular from my travel pages that you’d like to see me attempting to make for the blog this Summer? 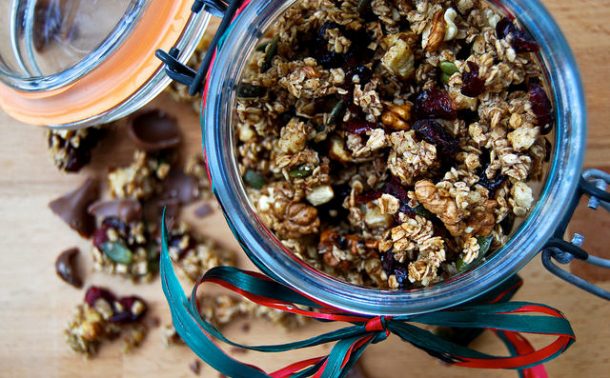 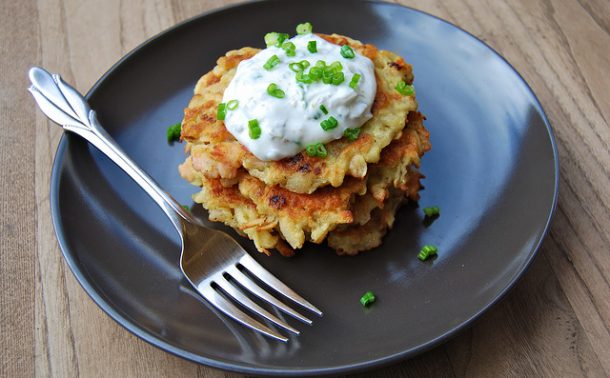