As you may have noticed, I like to talk. If you’ve met me in person, or even if you sit and read the rambles I dot in between recipes and photographs, I find it hard to fit all I want to say into small spaces. While the planning, testing and photography aspects of writing my upcoming book, Student Eats, were a challenge, one thing I had totally expected was the issue faced by fitting the whole story behind a recipe into the small paragraph space in the recipe notes. So, as I have the luxury of endless space here where – editorially – I’m only answerable to myself (and my current partnership with my pesto brand of choice: Sacla’), I want to tell you the story of how I discovered that pesto, mixed into cooked rice is the best student food ever. My love for pesto rice does not actually come from my days as a student, it comes from my time at boarding school and my bright pink tuck box that followed me around various dormitories each term from the age of 13 until I was 18, with my name engraved on a little brass plaque on the front (it came to university with me too, but there I just used it to store spare towels and bedding!) Now, for those of you who did not go to boarding school a tuck box is a small, miniature trunk (yes I had a school trunk from when I starting boarding school age 10, but they discouraged their use when I was about 14 because when they were filled with clothes and books they were dangerously heavy to lift!) which each term you filled with edible treats from home so you had something to enjoy at boarding school. The food was amazing at my school, and we were allowed into town to go to the supermarket in the evenings, but this is a tradition that continued from the days where school food was horrific, and things like a piece of homemade fruit cake from home after dinner was the highlight of a kids school day (along with post, I’m just old enough and started boarding young enough to remember when physical letters from home, rather than email were also an occasional highlight!)

There were a few general rules as to what is a good thing to put in a tuck box. In my boarding house each year group had a fridge, a kettle and a microwave, so perishables were actually a thing we could buy, and I know whenever Innocent Smoothies were on special offer the fridge filled up with bottles with our names on them in permanent market! However, tuck box food is usually food that lasts a long time, and counts as a treat because obviously we were fed three meals a day. International students had food from their own countries to remind them of home (the Asians had ramen noodles, the Africans Milo powder to mix with school milk), and I can remember I always had treats from France, like bars of my favourite chocolate, Petite Ecole biscuits, and lots of dried fruit (which was obviously my mother in an attempt to keep me healthy!) When we got to our final year at 18 we were trusted to feed ourselves in the morning rather than having to get up earlier to go to the dining room, so I also always had a jar of my Mum’s raspberry jam and a jar of Nutella, because bread and fruit were always available in the kitchen for free.

I was actually a fussy eater at school, for example I did not eat red meat until I moved to America as a student. Unfortunately, the vegetarian option at my school was usually covered in cheese (which I can’t eat), so my tuck box also involved a lot of long lasting things I could make dinner from, such as tins of Heinz Cream of Tomato Soup, spaghetti hoops, and pouches of microwave rice. In my first year, there was a craze for chicken Super Noodles, and someone discovered that these could be greatly improved if you removed the additive riddled flavour sachet, and mixed in a couple of spoonfuls of pesto into the noodles instead. This naturally lead to an evening standing in front of the microwave with my friend Steph, seeing what would happen if we mixed pesto into a pouch of microwave rice. Our favourite version of this I’ve kept for Student Eats, but below is a version that is actually a proper meal, with a lot more nutritional value than we were thinking about at 13 (where our only vitamins probably came from the aforementioned smoothies if we arrived at the dining room too late on any given day and the salad bar and fruit platters had already been plundered!) This is just a serves one as this is basically the ultimate student bowl food, but it is easily multiplied to feed two, three or many. And, while thanks to Sacla’s Free-From Pesto (which honestly tastes just as good as their regular pesto, I don’t really pay attention to which one I’m grabbing in the supermarket to be honest) it is a gluten free and vegan dish which only just happens to be both of those things, so it does not taste like something is missing, or that you’ve used a substitute somewhere along the line, so it can be enjoyed by everyone. If you’re looking for some more free-from recipes, while there are some here on the blog, the best resource from me is a new Pinterest board I’ve put together in collaboration with Sacla’ called ‘Free-From Feasts‘, where I officially want to make everything!

This naturally vegan Roasted Tomato & Mushroom Pesto Rice makes for a really filling supper and can be customised with your favourite veggies. 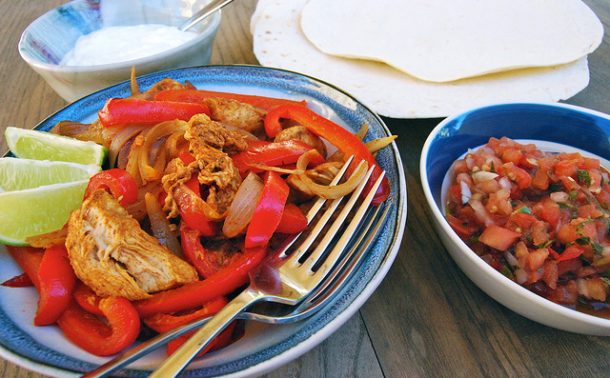 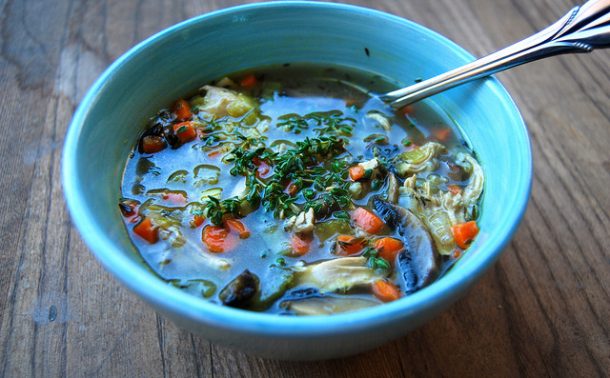 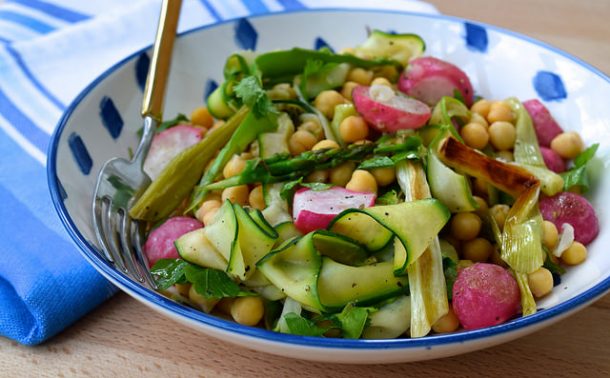