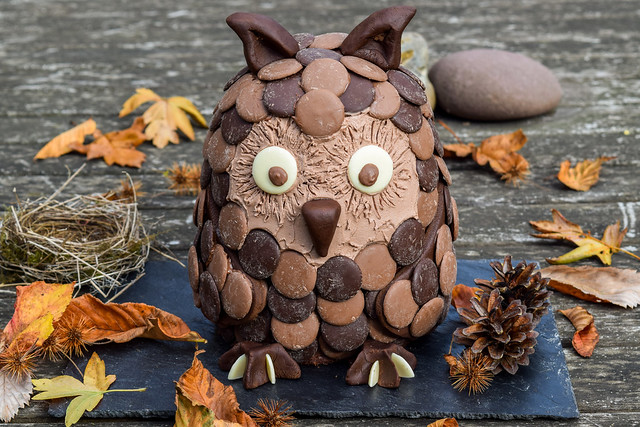 I think it is time for another cake, don’t you? Gradually over the years I’ve been adding all the recipes to this site you’d need to create the ultimate Halloween party – Bloody Axemans Snacks to start, followed by Slimy Pea Pesto Wholewheat Penne for the kids and Scallops with Squid Ink Spaghetti and Pistachio Pesto for the grownups, and then Miniature Jelly Pumpkins, Homemade Halloween Party Rings and Mummified Cocoa Pops Treats for the dessert table. Today I’m bringing you the centrepiece: a showstopper chocolate owl cake with a hidden orange buttercream centre. I’ve named him Nigel, and he’s much easier to make than he looks. 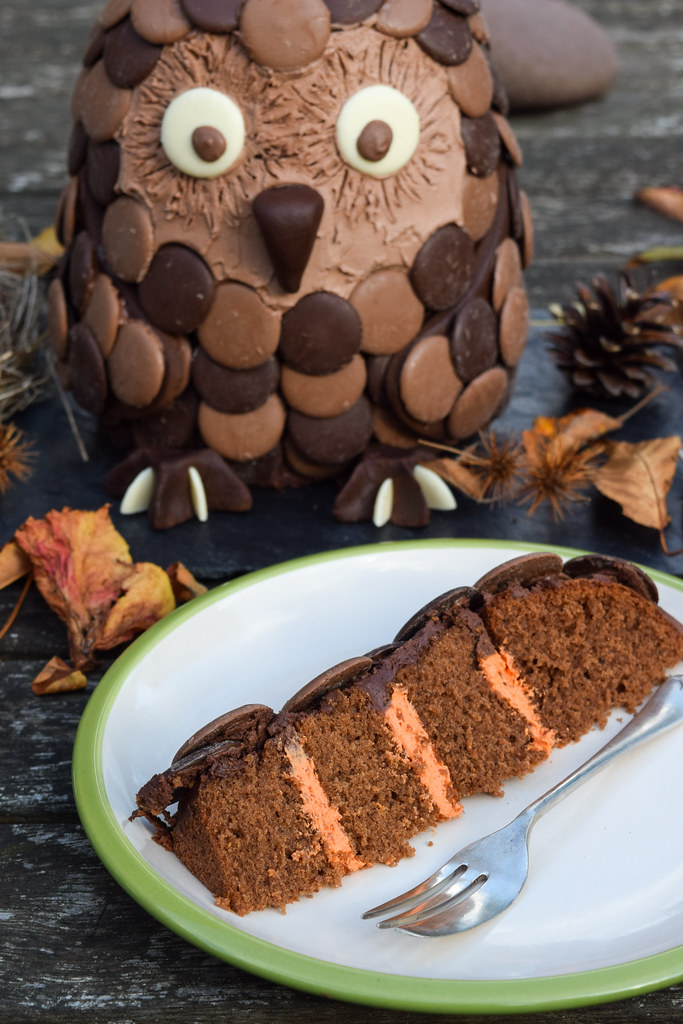 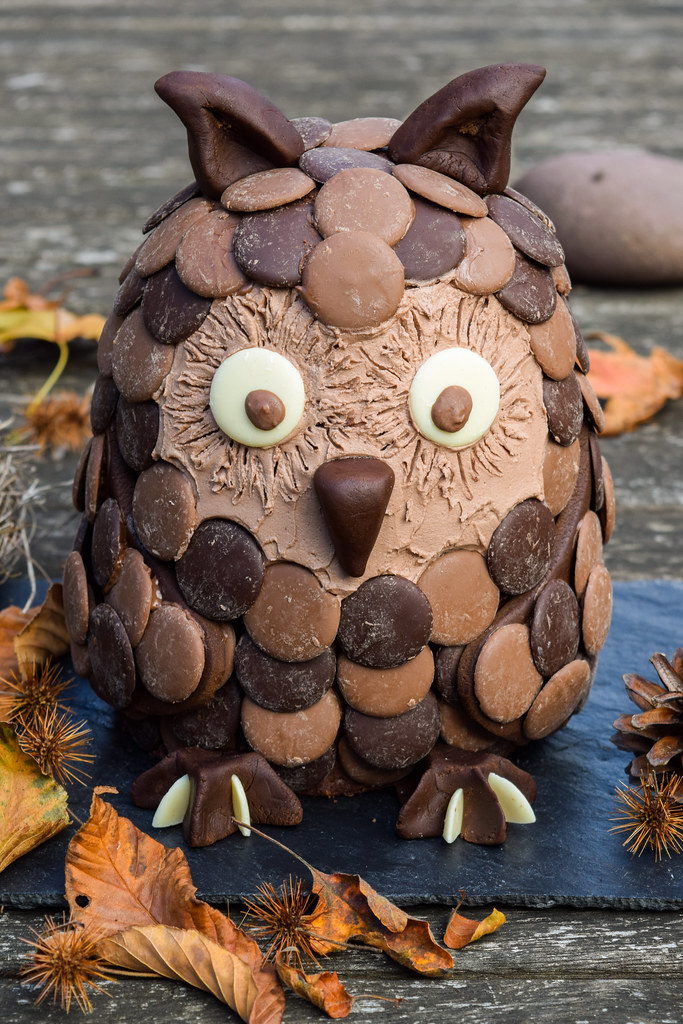 Happily, Nigel does not require any special equipment – his domed head comes from baking a portion of the cake mix in a Pyrex mixing bowl, nore any special decorating equipment – he’s built out of a classic buttercream with Cadbury’s Dairy Milk, Bournville and Milky Bar giant buttons, and chocolate flavoured fondant icing. The same chocolate decorating tube I used to draw the hands on my Chocolate, Cherry & Cognac New Year Cake is used to give Nigel eyes and to glue on his chocolate feathers. 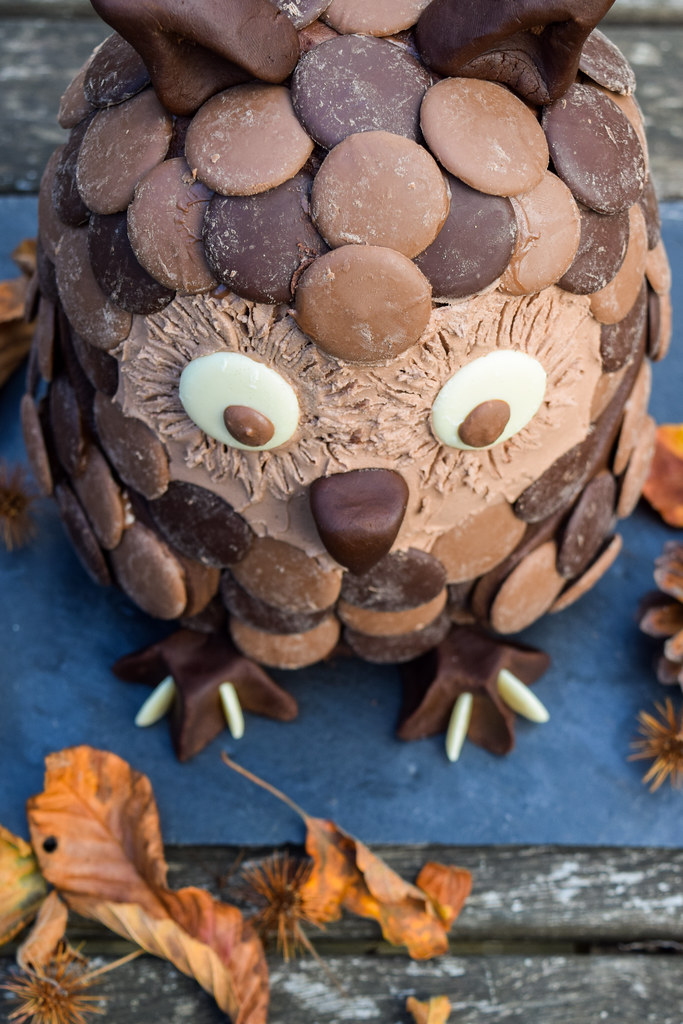 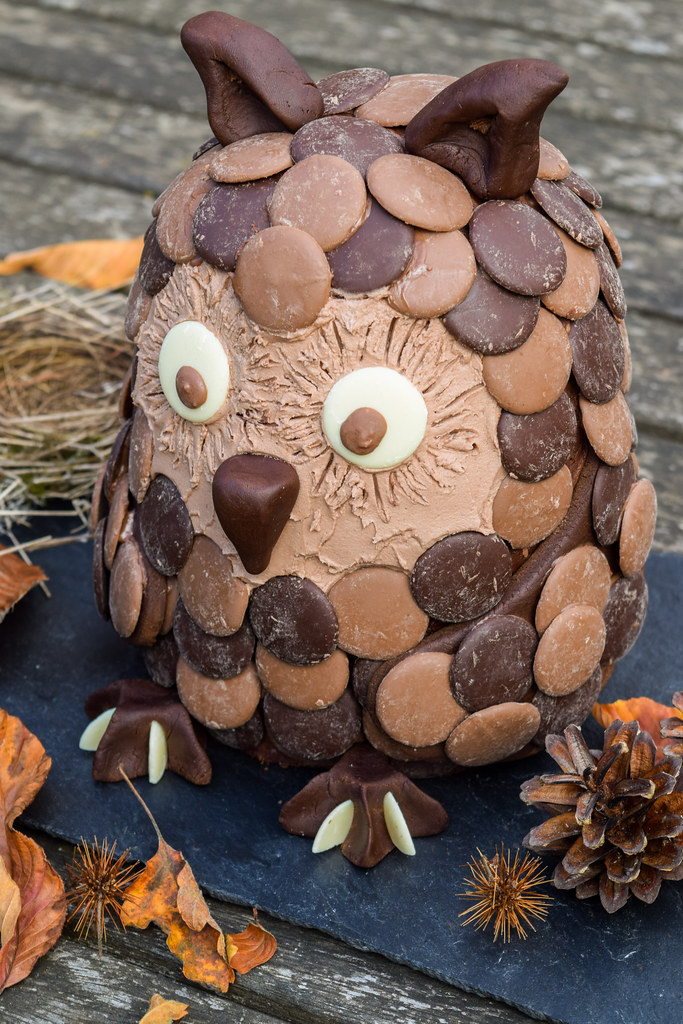 He serves a few more than my usual cakes (a massive 8-10 at least) and he can be on the sweet side, so a small slice should be enough to start you off. I’ve used dark chocolate cocoa powder here to make him a bit less sickly – it makes the most amazing flavoured chocolate buttercream, but it does change the texture somewhat making it much harder to work with and smooth over the cake. I’ll leave that up to you, but don’t skimp on using a mixture of Cadbury Dairy Milk and Bournville Giant Buttons for his feathers – not only does it make him look good, but the plain chocolate is also essential to brining down the over-the-top sweetness of this cake. 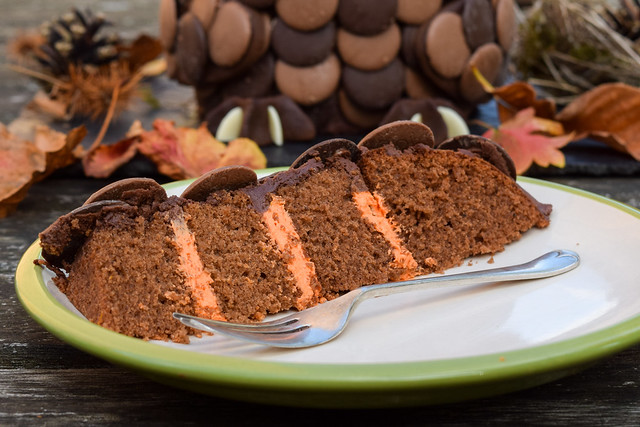 Finally, whatever you do use natural food colourings for the orange middle. I started off using food gel trying to go as neon as possible in honour of Halloween, but the amount you need to get a good bold shade will make your buttercream, even with all that orange zest in it taste awful. A good mix of red and yellow should do it. I know the usual mantra is be cautious, you can always add more but you can’t take it away, but here only bother being cautious with the red which is harder to counterbalance – here, bolder is better and more is not necessarily less!

This fun chocolate Halloween novelty cake with a hidden orange frosting middle is great for kids parties, but made with grown up flavours to suit all ages!

For the Chocolate Sponge

While it may be tempting, use natural food colouring here rather than food gel. The amount you’ll want to use to get that nice Halloween orange will making it taste really artificial and drown out the orange flavour if you go down the gel colouring route.

I used dark chocolate cocoa powder for a deeper flavour but it will change the texture of your buttercream, making it harder to work with. Feel free to use regular cocoa powder instead if you’re nervous! 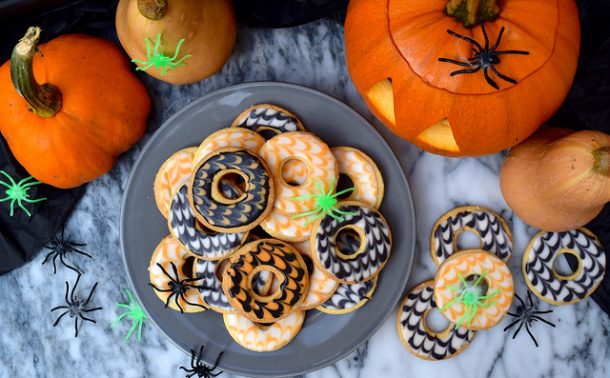 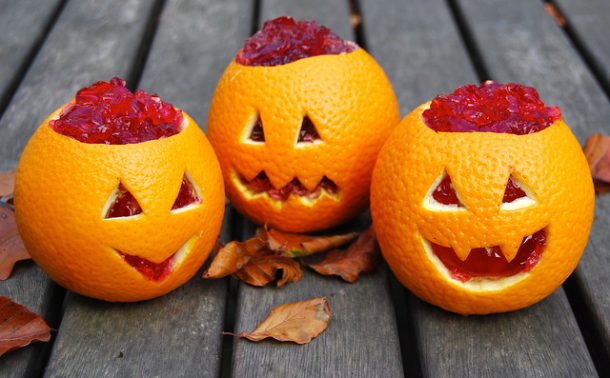