How I Make Money From My Blogging Business (2018 Edition) So, it has become a bit of a tradition at the start of each year to me to sit back and take stock of the past financial year, not just because I’m putting the final touches to my accounts for my taxes due at the end of the month, but because I think that, as I would barely be able to make any money from blogging and my digital business without all of you who read my blog, like my Instagrams and try my recipes, it is only fair you get to see how I make money from your engagement. Also, one thing I love about the world of blogging is that we all help each other to succeed, so if you’re a blogger or Instagrammer looking for an income, I hope hearing how I do it will help you out too.

So. Aside from a spreadsheet with income and outgoings, I keep a separate tab in my accounts with a table of how much exactly I’ve made from the various strands of my business (sponsored posts, affiliate links, freelance work, Instagram, Pinterest, my cookbook etc.) and this is connected to pie charts that help me track changes year on year; I’m a visual person after all. These are below, along with a better description of each category, an analysis on how they have done over the past year, and a few of my predictions of industry trends. 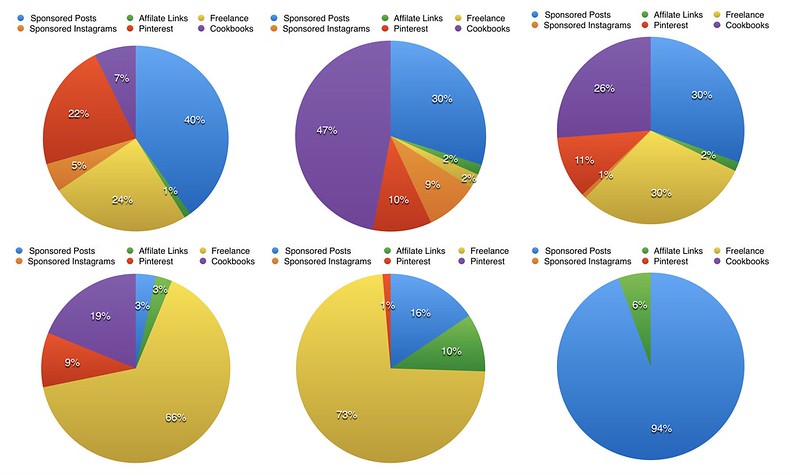 Just a note that these graphs are for income only. While I know week on week my rough business outgoings and know I turn a good profit, it is that time of year again where I’m currently doing my taxes and making sure everything is good and proper in the outgoings column.

After years of work going into this blog (it turns 10 (!) in February!) in 2018 I had my biggest year for sponsored posts; sponsored post income dominated all others, and I made more than double what I made from them last year. My sponsored posts are more frequent, I’m getting paid more for them, and more importantly I’ve been given more creative freedom with them, allowing me to create content I love with brands I love that I hope you all love too.

I know in the past sponsored posts have just been the boost in my income, justifying the amount of time I spend on my site (and the whopping great investment I made last year on the new design and platform) but I think sponsored posts are going to become even more important for blogger income, as we control our blogs; they’re not victim to every single rule and algorithm change that I know plagues people who make most of their income off of other people’s platforms such as Instagram and Youtube – 2018 was the year we saw lots of Facebook news sites go under, because of algorithm changes.

While since I had my website re-designed earlier in the year I have tried to be more intentional about including affiliate links, unlike some bloggers who have affiliates as one of their main sources of income, for me they still continue to trickle along making only enough in the year to pay for my photo hosting. However, when I study where I actually make affiliate income, it is off the same few posts, things like my Christmas gift guides, which I love because they both make me money and help people out. So, I may try more gift guides and equipment guides in 2019; good for my business and my readers. It is also worth noting that through affiliates my newsletter, after 2 years finally made it’s first bit of money, pence rather than pounds, but all of these income streams started somewhere! You can sign up here.

In 2018 I was using Skimlinks, rewardStyle, ShopStyle and Amazon Affiliates, but going into 2019 I’m only going to be focusing on rewardStyle and Amazon – I have removed Skimlinks from my site as their software is no longer compatible with lots of the sponsored posts I’ve been doing (and to be honest their customer service and support is appalling) and since ShopStyle switched to paying out not by clicks but by purchases, it became exactly the same platform as rewardStyle – there is no point focusing on both when they now do exactly the same thing!

If you look at the pie charts that go back a bit further, I used to make over 70% off my income from freelance work. Back then, my sponsored posts did not command as much money, and freelance work worked out better for me as a freshly minted graduate who had not quite figured out what she was going to do with her life, around part time work. While I do now make blog work my priority as it is the main part of my business, I want to try and grow my freelance income even more this year; I had such fun in 2018 working with brands like Refinery 29, BBC Food, and even doing some more challenging pieces that showcase skills I don’t usually share on the blog, like a series of vegan, vegetarian and gluten free Christmas mains I put together for Costco Magazine.

Instagram profit is the main area I was being very intentional about in 2018. The rise of the micro influencer, and apps like Takumi (which I loved before they changed how it worked to project bids) and Tribe (which works okay for me but I find a bit frustrating – I wrote a blog post comparing them here) which let you work with brands on sponsored posts means that even if you’re quite small, there is scope for earning a bit of pocket money (and for me, another strand of income) off of Instagram. While it looks like I made less from Instagram from the pie charts last year, I actually improved on my 2017 income – I just had created more growth in other areas, such as sponsored posts. I don’t think Instagram sponsorship and income in 2019 is going to go away, if anything I think it is going to get stronger!

In case you don’t know much about how publishing works (I’ve put together a few more in depth posts if you’re interested: My Publishing Journey (How I Actually Got My Book Deal!), What Writing A Cookbook *Actually* Involves, How I Found My Literary Agent (By Me & My Literary Agent)) you get paid an advance on your book in instalments up until publication (I got 1/4 on signing the contract, 1/4 on delivering the manuscript, 1/4 on publication day and another 1/4 when I’d fulfilled all the publicity obligations in my contract), the last instalment of which I had in 2017. You don’t get any more money from that particular book until you’ve made more in royalties than you were originally paid in advance. The reason therefore there is another big chunk under cookbook income for 2018 is not because I’ve signed a deal for another one yet (sorry!) but because I was still due some expenses from writing the book – believe it or not, ingredient expenses for recipe testing add up quite a lot!

In the spring I launched Glendon Studios, a little, one woman agency to help small independent brands and lifestyle influencers figure out their social media strategies, specialising in Pinterest, which all the bigger agencies etc. don’t really seem to bother with. I’ve really enjoyed building something new and working with my clients – it has been a small build, but I’m really excited to bring some new clients on board in 2019. At the moment I’m adding Glendon Studios income in with my general social media income; I’ll take another look at this later this year once I’ve been able to look at a full years income and outgoings for the project.

A bit of a new one (and not even included in my drafts as I’ve not been paid yet!) is the money I get from attending events, speaking on panels and hosting workshops. I’ve been doing some of these things for quite a few years and it is time consuming, so I think it is great that brands and agencies are now recognising that writers, content creators, influencers etc. like me should be compensated for our time and effort!

I really hope you’ve all at least found this post interesting, if not helpful if you’re currently trying to figure out how to make a bit of money out of your blog and/or social media accounts. If you want to look at how I’ve progressed over the past few years, click through for my 2014, 2015, 2016 and 2017 reports! 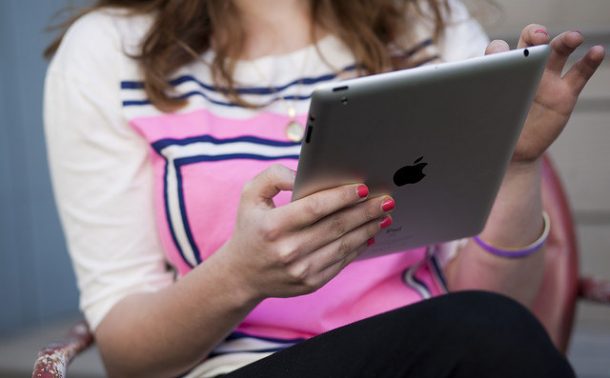 Blogging How I Earn Money Off Of My Blog (2017 Edition) 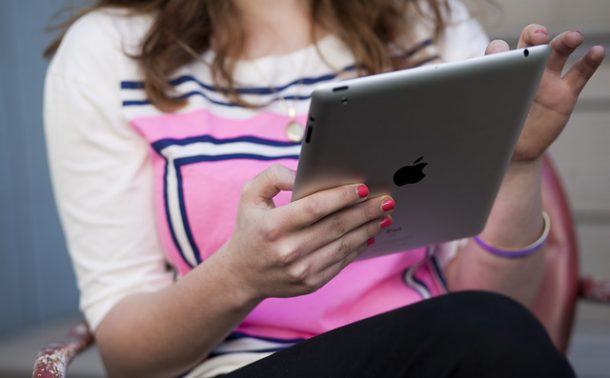 Blogging Full Disclosure: How I Earn Money Off Of My Blog (Updated)